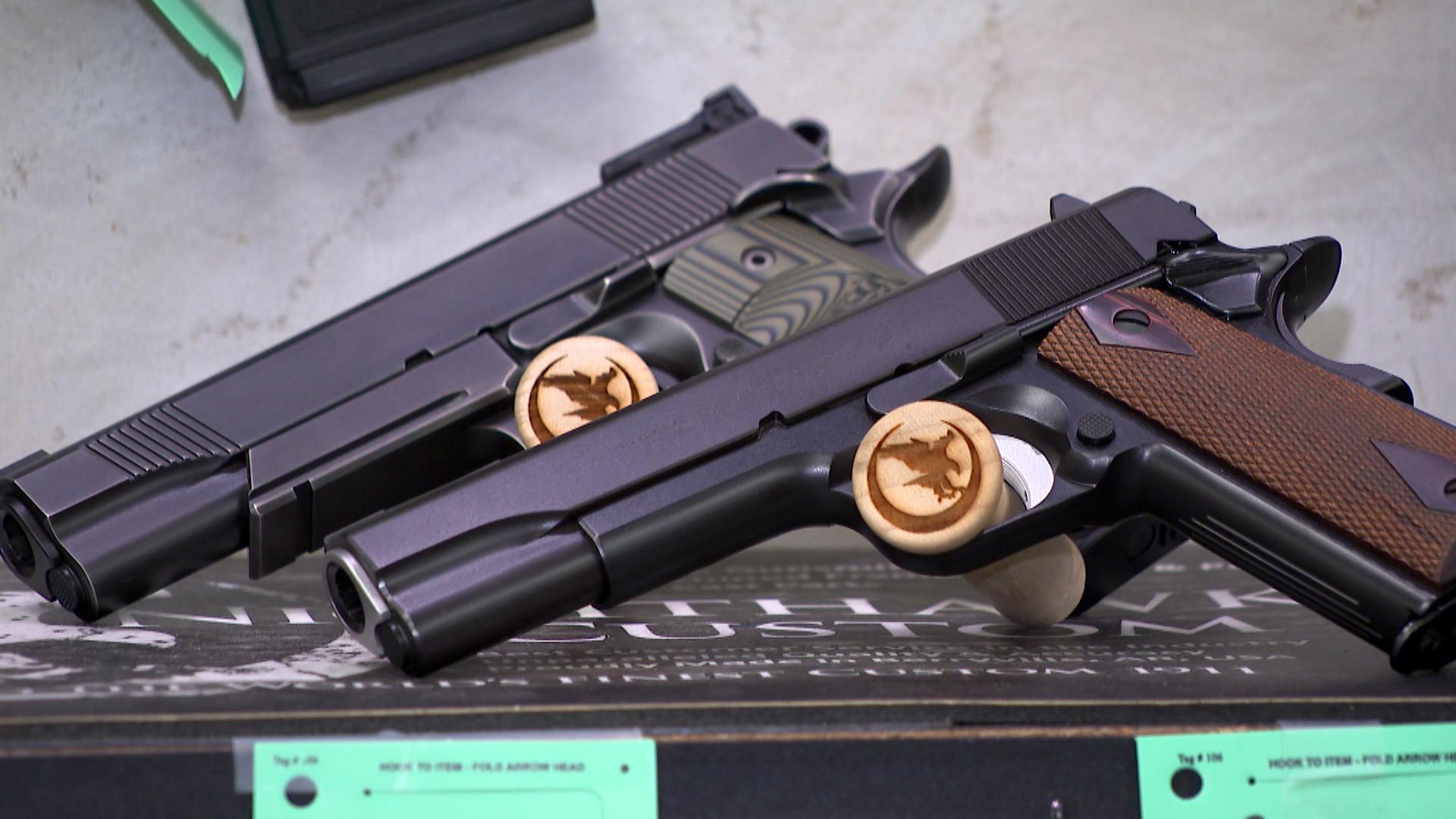 All legal gun owners would need to be fingerprinted under legislation that narrowly passed the Illinois House on Saturday – a practice that gun rights advocates say will prevent violence, but which critics say is an example of excessive government overreach.

The measure is Illinois’ belated response to a mass shooting in suburban Aurora that occurred more than two years ago, but a true response may be further off, given the bill’s uncertain future in the state Senate.

In February 2019, a gunman who was later killed by police fatally shot five people at the Henry Pratt warehouse.

The gunman should never have had a gun. A previous felony for aggravated assault in Mississippi should have disqualified him from getting a Firearm Owner’s Identification card, or FOID, in Illinois, but the felony didn’t appear in a background check.

Illinois only found out about the conviction after he’d already been issued a FOID card, when he submitted fingerprints in order to expedite an application for a concealed carry permit. Law enforcement could have, but did not, strip the shooter of the gun he later used to shoot his former coworkers.

“If the Henry Pratt shooter had had to have a mandated fingerprint for his FOID card, it would have been a comprehensive and complete background check that would have caught the aggravated felony charge that he had in Mississippi and he would never have gotten a FOID card or a gun,” said sponsoring Rep. Maura Hirschauer, D-West Chicago. “There would be six people alive and five uninjured law enforcement.”

House Bill 1091 would mandate that people undergo a fingerprinting process when applying for a FOID card; those who already have a FOID card would have to do so upon renewal.

“This bill will make it harder for dangerous people like the Henry Pratt shooter to access deadly weapons by requiring a fingerprint for a Firearm Owner ID card. That way we can quickly identify and accurately identify gun purchasers,” Hirschauer said. “This bill will also require action by ISP (Illinois State Police) to remove guns once a FOID’s revoked.”

The proposal would also prohibit person-to-person gun sales and private gun sales without a background check.

The plan would also create an electronic FOID card; allow for concealed carry licenses, or CCLs, to be renewed at the same time as a FOID; and allow police to use, for FOID-check purposes, fingerprints already on file with the state. Hirschauer described the changes as “efficiencies” that will “go a long way to fix the FOID for law-abiding gun owners.”

Rep. Steve Reick, R-Woodstrock, said he had to submit his fingerprints when he took the bar exam.

Reick and Rep. Norrine Hammond, R-Macomb, were among those who argued that the bill is a gun grab that won’t prevent most violence.

“We all have to recognize the fact that most of the gun violence that goes on in the state of Illinois is not by individuals that have valid FOID cards and valid concealed carry cards,” Hammond said. “They don’t give a damn about this and they don’t possess ‘em. And where did they get their arms? From the back seat or the trunk of a car. They didn’t go to a bonafide FFL (Federal Firearms License) dealer. They didn’t go to a gun store. They didn’t take a class on safety and education.”

Illinois has seen a steady uptick in the number of people who want a FOID card, to the point that state police haven’t kept up with processing applications. That’s led to lawsuits, with would-be gun owners arguing that the delay has left them deprived of the ability to legally possess a firearm.

The bill just passed the House, with the bare minimum of 60 necessary votes, but a parliamentary procedure was later filed that puts it on hold.

Even so, the measure advanced Saturday is not in its final form.

Hirschauer, who was a founding member of the Kane and Kendall county chapter of Moms Demand Action, promised that changes would be made in the Senate, like making it so a FOID card good for 10 years would cost $10, versus the version the House approved that charges $20 for a five-year FOID card.

Such changes are likely not enough for the measure to pass muster in the Senate, however.

An entirely different piece of legislation, with a less stringent fingerprinting mandate, could still surface in the state Senate.

“You want Republican votes on a FOID bill? Wait for the Senate to do its job and send that bill over here, don’t send this piece of garbage over there for them to fix,” Reick said. “If what you’re trying to do is just get yourself some talking points that you can take on the campaign trail next year, you’re doing a fine job, but if you want something that actually works, let’s wait for the Senate to send their bill over.”

Other action in Springfield

Meanwhile, Republicans are doing what they can to put the squeeze on Gov. J.B. Pritzker to reject the new set of political district maps approved Friday.

The governor has previously pledged to veto partisan maps.

Pritkzer has not had a public appearance since May 19. His office said the governor has been busy in Springfield, frequently meeting with legislators in the session’s crucial last days.

Lawmakers have yet to tackle a new state spending plan, comprehensive energy package, or ethics reform.

Among the other measures that advanced Saturday:

Senate Bill 654, which requires schools to give students in kindergarten through fifth grade at least 30 minutes of play time a day, and Senate Bill 2338 which allows university athletes to take paid endorsement deals.