This story is part of Policing: A “Chicago Tonight” Special on the anniversary of George Floyd’s murder.

Since 2019, the Chicago Police Department has been operating under a consent decree mandating a series of reforms. The order, which was prompted by the 2014 police murder of teenager Laquan McDonald, is the first-ever consent decree the department has faced. But it’s far from the first attempt at police reform in Chicago.

In 1919, Chicago erupted into race riots after a black teen who crossed a so-called color line at a South Side beach was killed. Gangs of white Chicagoans terrorized and killed Black residents. Some police supported the gangs, and the department did little to protect African Americans.

“Ninety percent of the rioters, at least in the first couple of days, that were arrested were African American, which prompted a loud and angry outcry from the Black ministers on the South Side who called upon Mayor Thompson to do something to restore order,” author and historian Richard Lindberg told WTTW’s “Chicago Stories” in 2003.

Eventually, the state militia was brought in. The governor created a commission on race relations which found rampant racism in the police department, but no significant change came from the findings.

In the 1960s, police working in the Summerdale district were revealed to be burglars. The scandal laid bare corruption in the department. In response, then-Mayor Richard J. Daley created a special committee to hire a reform-minded commissioner. Criminologist O.W. Wilson got the job and set out on a mission to drastically reorganize and professionalize the department. But critics were less keen on some of Wilson’s efforts.

“What he really did for the Chicago Police Department had nothing to do with corruption, but had everything to do with image, and he was obviously very successful in that,” author and former federal prosecutor Herbert Beigel told WTTW’s John Callaway in 1977. “Not one ounce of effort was expended to clean up corruption.”

In 1967, after riots rocked Chicago and other cities, President Lyndon Johnson called on Illinois Gov. Otto Kerner to lead a commission aimed at finding out why the riots occurred and how to prevent future unrest.

“(We found) wretched poverty, and really harsh racism. Terrible hostility toward the police, which was justified in most instances. And almost any random spark could set off this violence,” former Oklahoma Sen. Fred Harris, the commission’s last surviving member, told “Chicago Tonight” in 2018.

But Johnson rejected the Kerner Commission’s report. The unrest of the 1960s was hardly the end of the fraught relationship between Chicago police and the community.

“In the 1970s, ‘80s and ‘90s, almost 200 Black men were tortured in police custody,” said Laurence Ralph, a professor of anthropology at Princeton University and author of “The Torture Letters.”

That torture was overseen by notorious police Commander Jon Burge, who was eventually convicted on obstruction and perjury charges in 2010 (he was never tried on any allegations of torture). The city created a reparations fund for police torture victims and a Torture Inquiry and Relief Commission, which has grappled with funding issues and case backlogs.

“How long does it take for that claim to be adjudicated and recognized, and for, ultimately, accountability to happen?” Ralph said. “The city hasn’t forced the police department to reckon with this history in a structural way that changes the way that they understand policing.”

Van Dyke was convicted in 2018 of second degree murder, and the 2014 killing brought about a federal civil rights investigation. 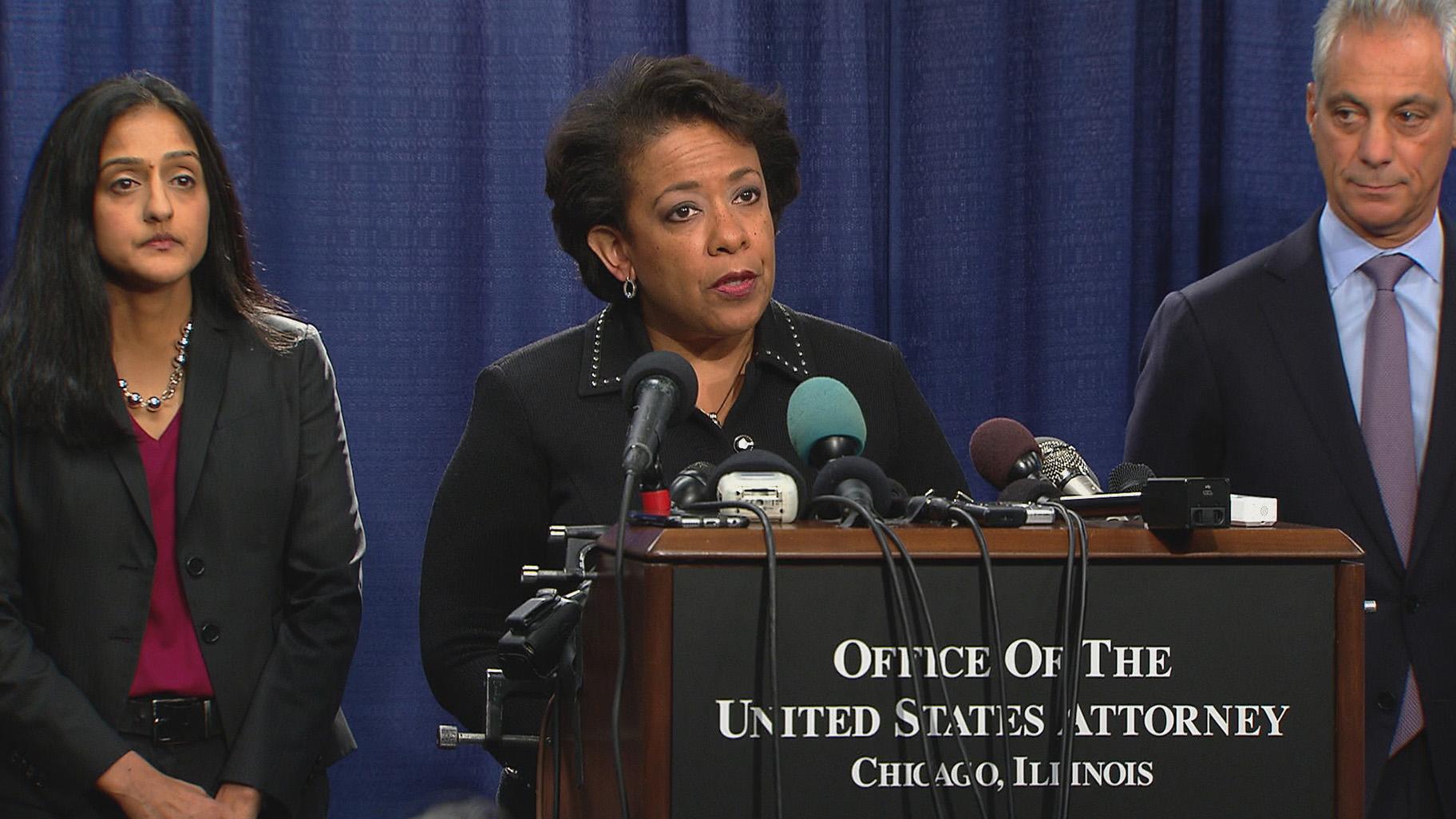 U.S. Attorney General Loretta Lynch announces the findings of a Department of Justice investigation into the Chicago Police Department on Jan. 13, 2017. (WTTW News)

“CPD does not give its officers the training they need to do their jobs safely, effectively, and lawfully,” former U.S. Attorney General Loretta Lynch said when announcing the investigation’s findings.

“For decades, Chicago has endured tragedies and heartache and failed attempts at real police reform,” Madigan said in 2018. “The consent decree gives us a unique opportunity to change that.”