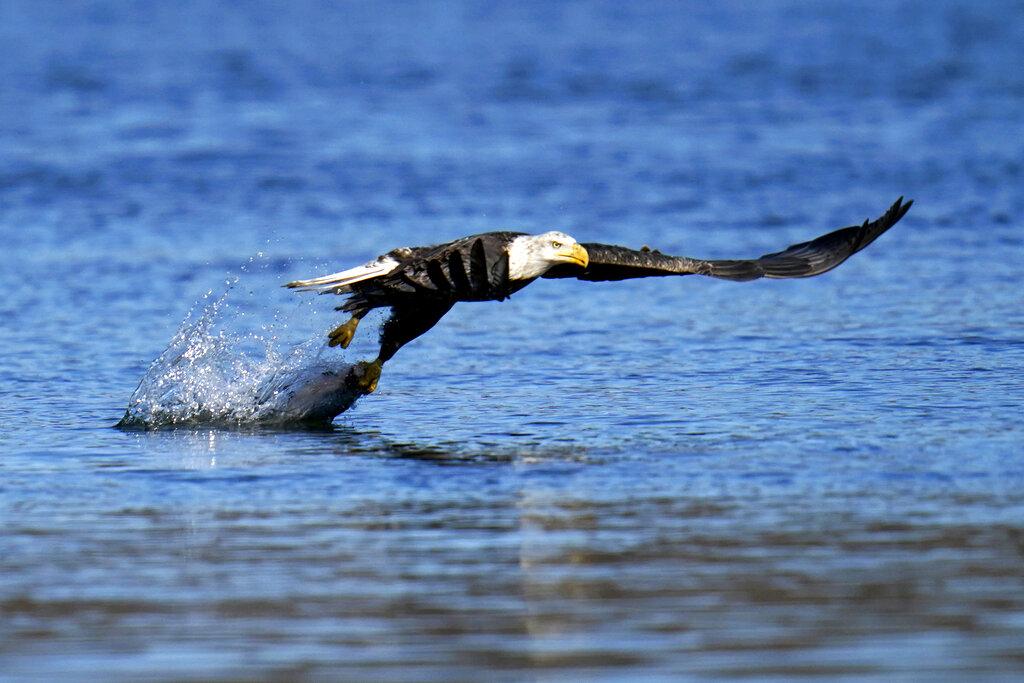 In this Nov. 20, 2020, file photo, a bald eagle grabs a fish from the Susquehanna River near the Conowingo Dam, in Havre De Grace, Md. (AP Photo / Julio Cortez)

WASHINGTON (AP) — The number of American bald eagles has quadrupled since 2009, with more than 300,000 birds soaring over the lower 48 states, government scientists said in a report Wednesday.

The U.S. Fish and Wildlife Service said bald eagles, the national symbol that once teetered on the brink of extinction, have flourished in recent years, growing to more than 71,400 nesting pairs and an estimated 316,700 individual birds.

Interior Secretary Deb Haaland, in her first public appearance since being sworn in last week, hailed the eagle’s recovery and noted that the majestic, white-headed bird has always been considered sacred to Native American tribes and the United States generally.

“The strong return of this treasured bird reminds us of our nation’s shared resilience and the importance of being responsible stewards of our lands and waters that bind us together,’’ said Haaland, the first Native American Cabinet secretary.

Bald eagles reached an all-time low of 417 known nesting pairs in 1963 in the lower 48 states. But after decades of protection, including banning the pesticide DDT and placement of the eagle on the endangered species list in more than 40 states, the bald eagle population has continued to grow. The bald eagle was removed from the list of threatened or endangered species in 2007.

“It is clear that the bald eagle population continues to thrive,’’ Haaland said, calling the bird’s recovery a “success story (that) is a testament to the enduring importance of the work of the Interior Department scientists and conservationists. This work could not have been done without teams of people collecting and analyzing decades’ worth of science … accurately estimating the bald eagle population here in the United States.’’

The celebration of the bald eagle “is also a moment to reflect on the importance of the Endangered Species Act, a vital tool in the efforts to protect America’s wildlife,’’ Haaland said, calling the landmark 1973 law crucial to preventing the extinction of species such as the bald eagle or American bison.

Reiterating a pledge by President Joe Biden, Haaland said her department will review actions by the Trump administration “to undermine key provisions” of the endangered species law. She did not offer specifics, but environmental groups and Democratic lawmakers criticized the Trump administration for a range of actions, including reducing critical habitat for the northern spotted owl and lifting protections for gray wolves.

“We will be taking a closer look at all of those revisions and considering what steps to take to ensure that all of us — states, Indian tribes, private landowners and federal agencies — have the tools we need to conserve America’s natural heritage and strengthen our economy,’’ Haaland said.

“We have an obligation to do so because future generations must also experience our beautiful outdoors, the way many of us have been blessed,’’ she added.

Martha Williams, deputy director of the Fish and Wildlife Service, called recovery of the bald eagle “one of the most remarkable conservation success stories of all time” and said she hopes all Americans get the chance to see a bald eagle in flight.

“They’re magnificent to see,” she said.

To estimate the bald eagle population in the lower 48 states, Fish and Wildlife Service biologists and observers conducted aerial surveys over a two-year period in 2018 and 2019. The agency also worked with the Cornell University Lab of Ornithology to acquire information on areas that were not practical to fly over as part of aerial surveys. 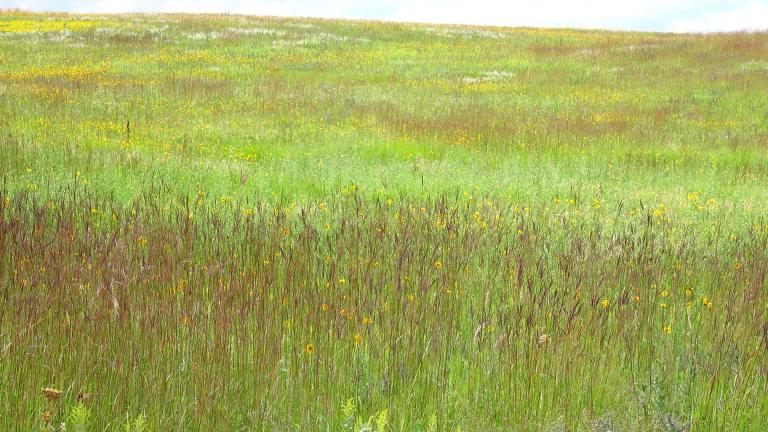 Prairies Are Making Headlines. But What Exactly Are They? Here’s an Explainer