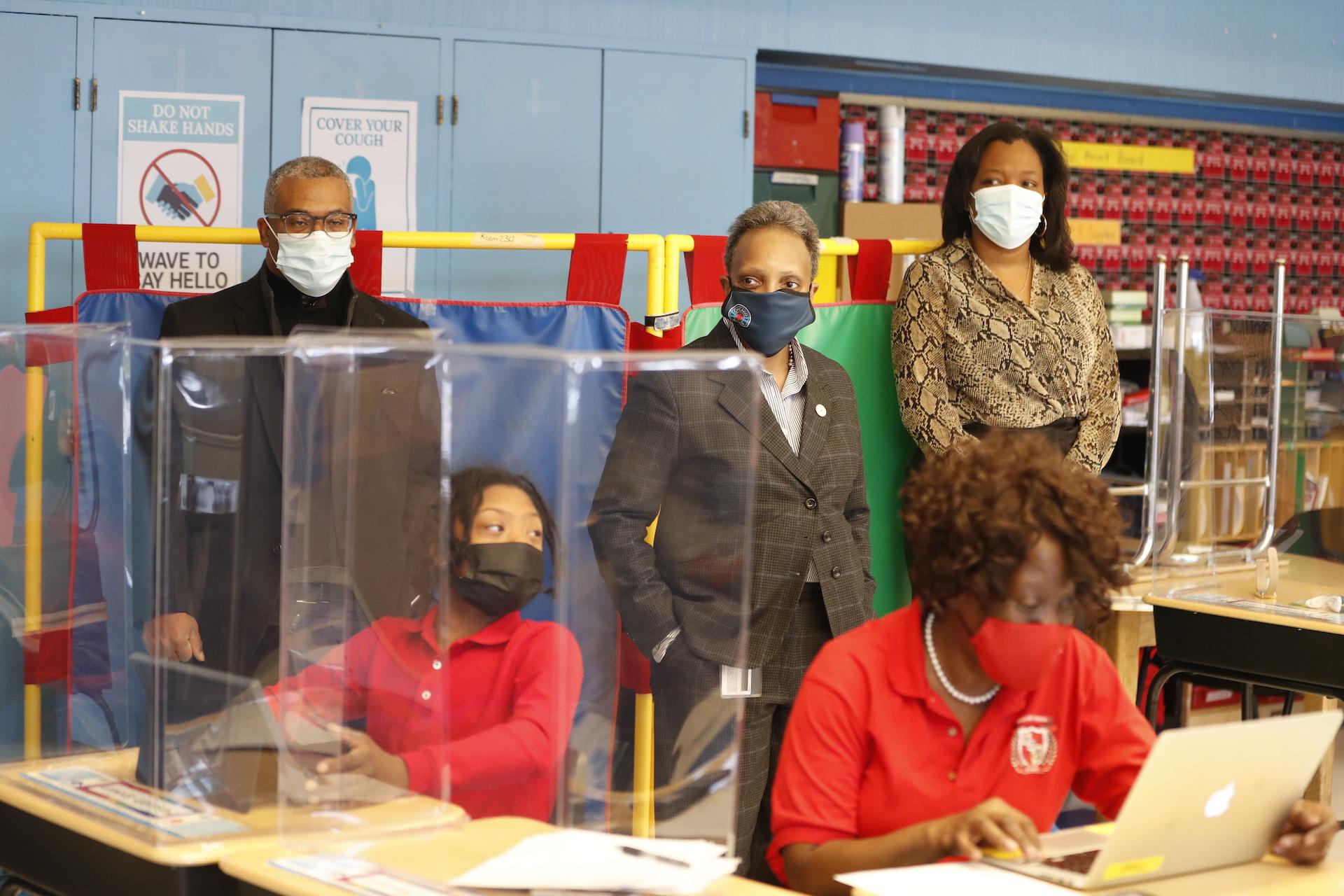 As some preschool and special education students within Chicago Public Schools returned to their classrooms Thursday, district leaders said it is their “top priority” to begin formulating a plan to bring back high schoolers for in-person learning.

Now that CPS has reached an agreement with the Chicago Teachers Union over a school reopening plan, CPS CEO Janice Jackson said she’s committed to using the framework of that deal to get high school students back into the classroom.

“The first thing I want people to know is that our high school students returning to school is the top priority,” Jackson said. “We're beginning those discussions with CTU, and one of the things that we're committed to is providing much more transparency and collaboration with our parents in order to do that.”

That deal was finally brokered over the weekend and approved by rank-and-file teachers Wednesday.

But there remains no plan to bring back high school students this academic year. The district has said the complexity of high school class schedules would make it difficult to create fixed pods of students and teachers in order to mitigate the spread of COVID-19.

Jackson said she’s received “countless” emails from parents asking when their high schoolers could resume in-person learning. Part of the reason parents want their kids back in school is because they've said they’re dissatisfied with the district’s remote learning plan.

During a forum held Thursday morning by the education advocacy organization Raise Your Hand, several parents called on CPS to improve that plan, claiming the district is refusing to invest in fixing it.

They want more flexibility for their children, saying diverse learners are being left behind and all students are getting too much screen time sitting in front of a computer for several hours per day.

Jackson has acknowledged that remote learning is not a suitable replacement for in-person learning for many students, but she said there’s little else the district can do to improve its current format beyond offering additional trainings to educators.

She specifically said the district would not commit to reducing screen time, saying, “We want our students in school more, not less,” and added that there are no changes “from a policy or logistical standpoint” that are coming in regards to remote learning.