Bicycle sales in Chicago have surged over the past year as the pandemic has forced more and more people outside for exercise and recreation. But it’s hardly the city’s first “bike boom.”

Geoffrey Baer takes us back to when Chicago was called “the Detroit of bicycles” in this week’s Ask Geoffrey.

What is the history of the old Schwinn factory on Kostner Avenue on Chicago’s Northwest Side?

Chicago may be flirting with subzero temperatures this week, but there are still the dedicated few cycling through the ice and slush, to remind us of the surge in cycling we’ve seen this past year.

In fact, the origins of modern cycling can be traced back to Chicago.

The building in question on Kostner Avenue in Chicago’s Hermosa neighborhood was once one of the factories owned by the Schwinn Bicycle Company – at one time one of the largest bicycle manufacturers in the entire United States.

The company’s origins date back to the great bicycle boom of late 19th century. Bikes were finally becoming accessible to everyday people, largely due to the advent of the modern bicycle chain in the 1870s. Before these so-called “safety bicycles,” most bikes had those enormous front wheels and were quite expensive. They were called “penny-farthings” or “ordinaries.”

Cycling quickly became a popular spectator sport, drawing thousands to races in Chicago and across the country. Amateur cycling clubs also popped up around the city, like the Lakeview Cycling Club with headquarters on Orchard Street.

By the 1890s, the Chicago region had more than 80 manufacturers which collectively cranked out two-thirds of the country's bicycles – many in factories along a stretch of Lake Street in today’s Fulton Market.

That’s where the first Schwinn factory was located, at the corner of Lake and Peoria streets – known then as Arnold, Schwinn and Co. 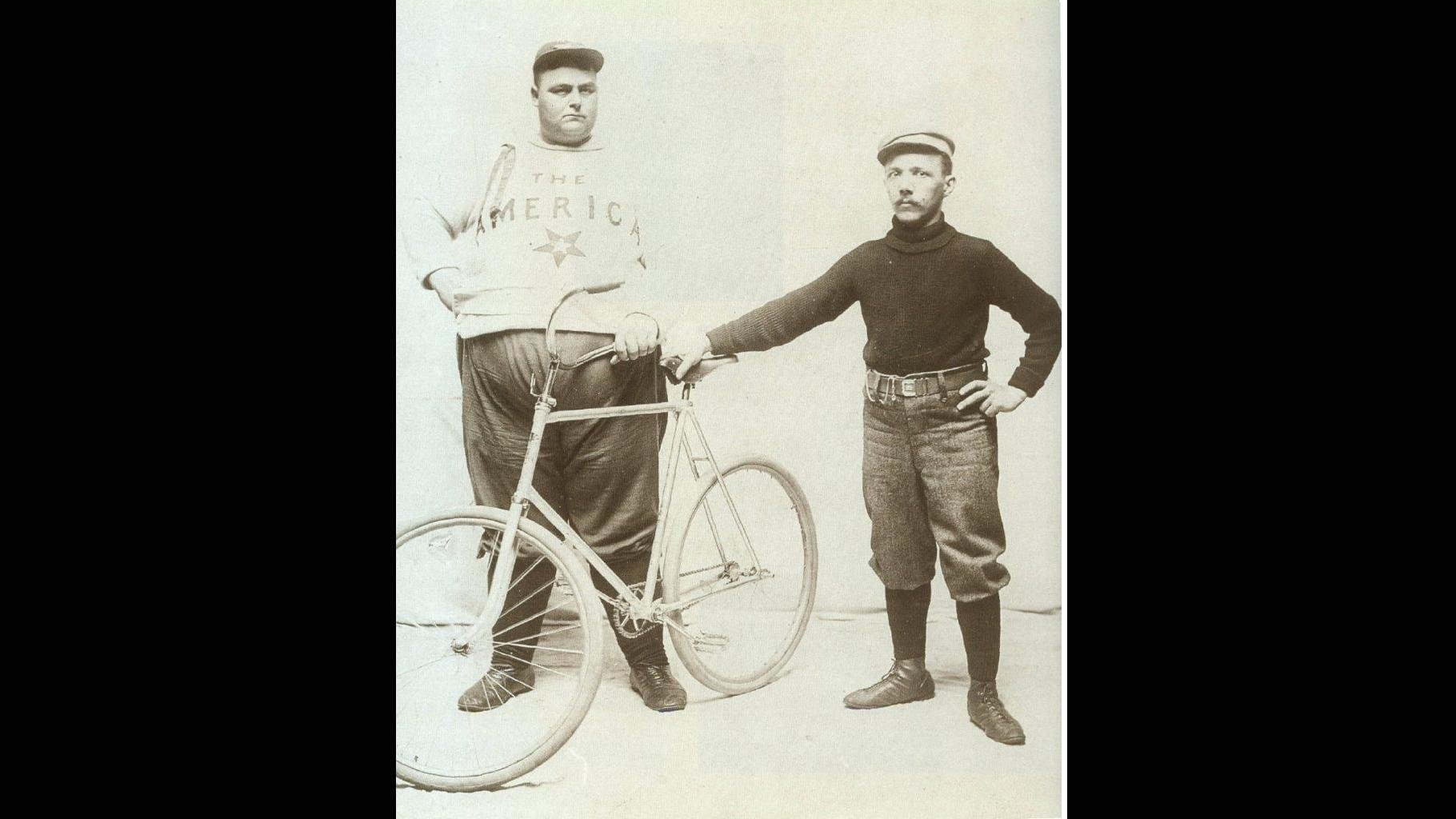 The person behind it all was Ignaz Schwinn, the short man on the right in this promotional picture.

Schwinn made racing bikes but also pleasure cruisers, and even a tandem bike.

So how did Schwinn stick out amongst the dozens of other bike manufacturers in Chicago?

The short answer is most of the others went out of business. The bicycle boom went bust in the early 1900s, due to market oversaturation and, of course, the rise of the automobile.

Schwinn had positioned himself well to stay in business, thanks to creative marketing and lucrative business partnerships, like his relationship with mail-order giant Sears, which shipped Schwinn bikes across the country.

In 1901, Schwinn moved his factory to the Kostner Avenue facility our questioner is asking about. A few years later, Schwinn also opened a much larger factory a few blocks away, which would stay open until the early 1980s. 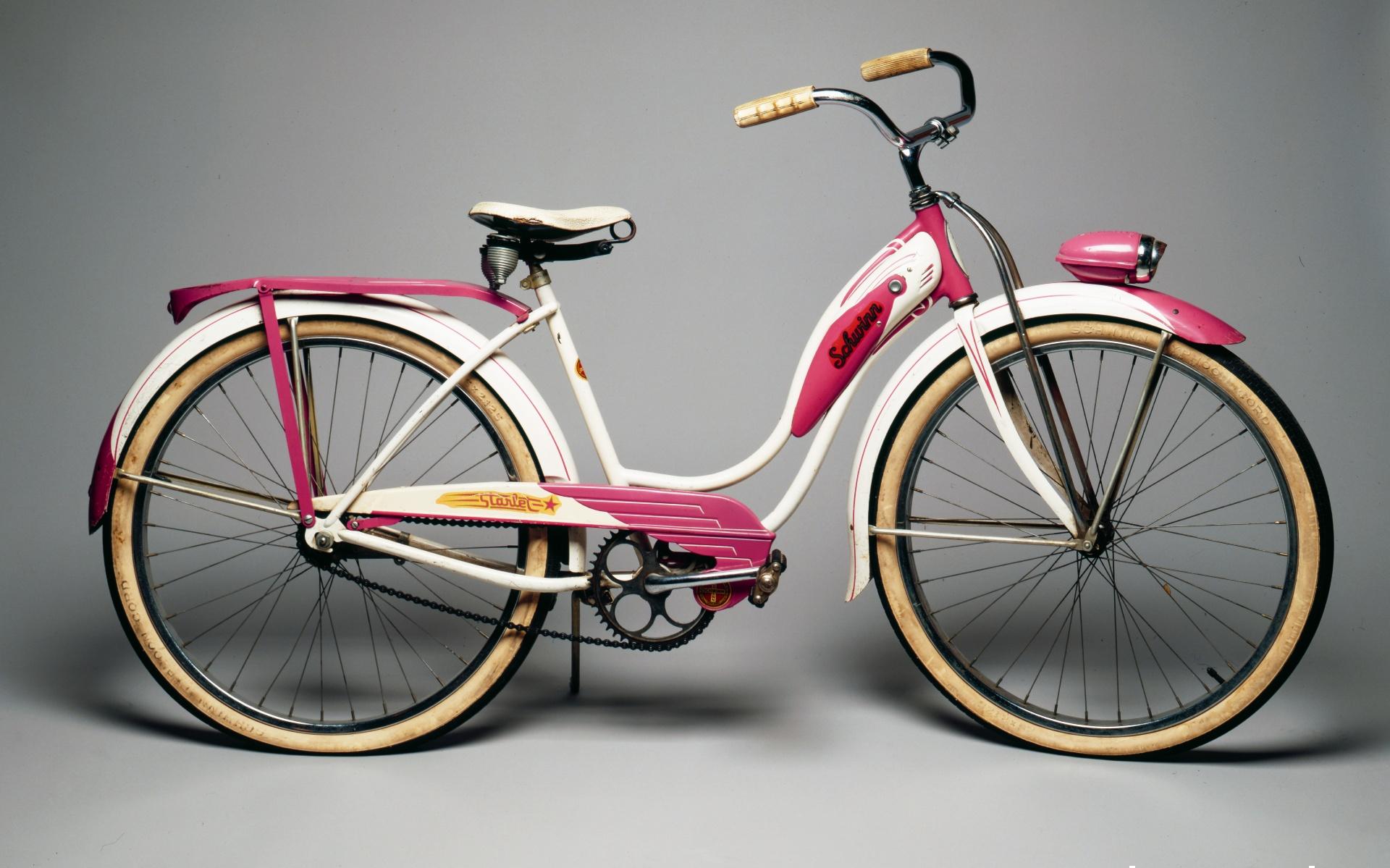 After World War II, Ignaz’s son Frank launched a reimagined line of bicycles, appealing mostly to kids and teenagers. In the ‘60s and ‘70s the coolest kids had the Stingray with the banana seat and stick-shift.

Earlier post-war models like the Phantom featured a sleek chrome finish to give it a Space Age look.

Schwinn’s rebranding was enormously popular, and by 1950 this one company was manufacturing up to a quarter of the bicycles made in the entire United States.

Starting in the 1970s, Schwinn was pretty slow to react to several changes in the bicycle market, as well as the rise of international competitors.

By the early ‘90s, Schwinn had filed for bankruptcy, and sold off the brand. Schwinns today are made overseas, save for one model: a limited run of the Collegiate, manufactured in Detroit.

As our questioner pointed out, there are still remnants of the company in Chicago, like the building on Kostner, which is now home to a company that brews hard cider.