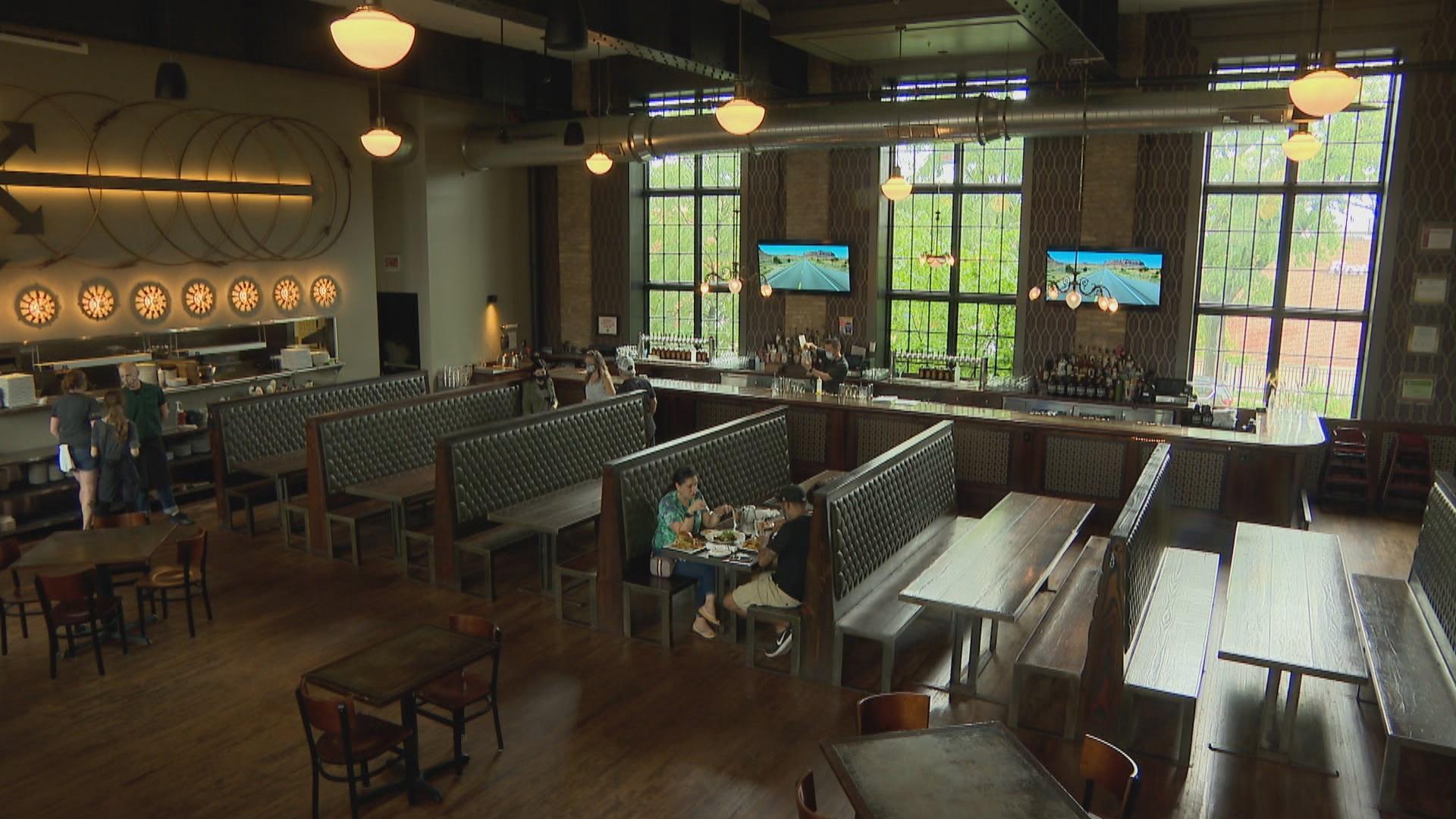 Mayor Lori Lightfoot on Thursday called on Gov. J.B. Pritzker to allow indoor dining and drinking in Chicago, reviving a dispute that has split the two Democratic elected officials since the beginning of the COVID-19 pandemic.

Chicago restaurants and bars have been prohibited from serving patrons indoors since Oct. 30, when a sustained and grave surge of coronavirus cases threatened to overwhelm the city and state’s hospitals and health care system and prompted Pritzker to impose restrictions.

Lightfoot said Thursday she would urge Pritzker to lift those restrictions “as quickly as possible” since the second wave of the pandemic in Chicago peaked in mid-November before smaller spikes occurred after Thanksgiving, as well as the Christmas and New Years holidays.

“I am very, very focused on getting our restaurants reopened,” Lightfoot said. “So that’s a conversation I will have with the governor.”

Since restaurants and bars are regularly inspected by the city and owners have gone “above and beyond” to protect customers and staff, those places are much safer than private parties, where no one is ensuring that household groups stay six feet apart and everyone wears a mask when not eating or drinking, Lightfoot said.

“Let’s bring it out of the shadows,” she said. “Let’s allow them to have some recreation in restaurants, in bars, where we can actually work with responsible owners and managers to regulate and protect people from COVID-19.”

Lightfoot’s remarks came four days after she extended a stay-at-home advisory until Jan. 22 that urges Chicagoans to only leave home to go to work or school, to seek medical care or to shop for groceries or take-out meals.

Dr. Emily Landon, an associate professor of medicine and the executive medical director for infection prevention and control at UChicago Medicine, said in October that those who dine and drink indoors are two to four times more likely to get COVID-19, based on studies from the Centers for Disease Control and Prevention.

There is now an average of 1,215 confirmed cases of COVID-19 per day in Chicago, based on a seven-day rolling average. That’s up 20% in a week, according to city data.

A test positivity rate greater than 5% indicates that the virus is in poor control, experts said.

Pritzker has repeatedly said he was confident there was a causal relationship between the fast spread of the virus and indoor dining and drinking.

The mayor and governor have long been at odds over this issue.

In October, Pritzker rejected Lightfoot’s call to allow indoor dining and drinking to continue in Chicago. While Lightfoot can order tighter restrictions than the governor for Chicago, she cannot ease his rules.

Jordan Abudayyeh, a spokesperson for Pritzker, said the governor had not yet heard from the mayor on this issue, but “looks forward to her call.” Lightfoot has repeatedly criticized aldermen for issuing news releases and holding news conferences rather than contacting her directly about areas of disagreement.

The governor will not deviate from the rules, which the state refers to as tiers, at Lightfoot's request, Abudayyeh said.

“Currently, the City of Chicago and Cook County do not meet the metrics to return to previous tiers,” Abudayyeh said.

Pritzker said Jan. 6 that the toughest restrictions in place to stop the spread of the coronavirus could lift in regions across the state as soon as Friday, when it will be clear whether the state has suffered a significant post-holiday surge of the coronavirus.

However, that would not allow Chicago to permit indoor dining and drinking, according to the rules.

Before state officials lift the toughest restrictions, a region must have a positivity rate of less than 12% for three consecutive days, declining COVID-19 hospitalizations for seven out of the past 10 days and more than 20% of its intensive care and hospital beds available.

However, Chicago had just 17.5% of medical/surgical beds available Wednesday, the eighth consecutive day that it has been below the 20% threshold for the restrictions to be lifted, according to data from the Illinois Department of Public Health.

For indoor dining and drinking to be allowed, Chicago’s test positivity rate must average 6.5% or less during a three-day period, according to state rules.

In October, Pritzker declined to make exceptions to rules designed to stop the spread of COVID-19 at Lightfoot’s request.