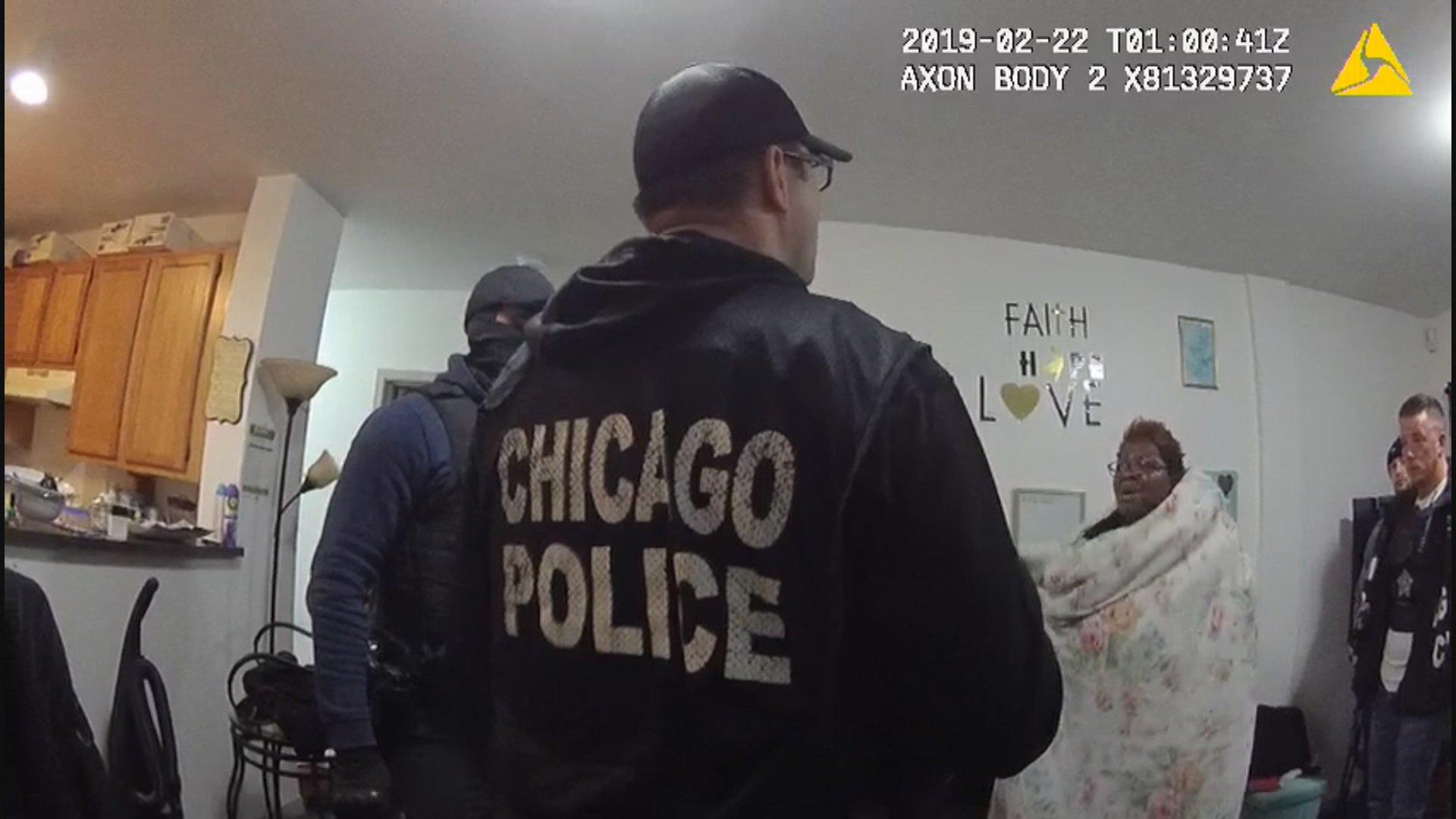 Mayor Lori Lightfoot announced Tuesday that retired Judge Ann Claire Williams of the Chicago-based law firm Jones Day will lead an outside investigation of the February 2019 raid that left a Chicago woman handcuffed and naked as well as the city’s handling of the raid’s aftermath.

In a letter to aldermen sent just before the start of a planned hearing into the way the Chicago Police Department seeks, receives and executes search warrants, Lightfoot also backed calls from some aldermen for Inspector General Joseph Ferguson to probe the incident that has engulfed the Lightfoot administration.

Lightfoot’s decision to launch an outside investigation into the raid and the way her office, the city’s Law Department and the Police Department handled the raid and its fallout comes a week after video obtained by CBS2-TVof the raid shows Anjanette Young, a social worker, telling seven male police officers 43 times they were in the wrong home and begging them to let her get dressed.

The furor over the raid threatens Lightfoot’s political future by raising questions about her ability and determination to root out corruption at City Hall and reform the beleaguered police department.

“We must get to the bottom of what transpired around the wrong raid of Ms. Young’s home and all that followed,” Lightfoot wrote.

Williams leads Jones Day’s efforts “in advancing the rule of law in Africa,” according to her biography on the firm’s website. Nominated to the federal bench by former President Ronald Reagan in 1985 to the U.S. District Court, Williams was the first woman of color to serve on a district court in the Seventh Circuit. In 1999, former President Bill Clinton nominated her to the U.S. Court of Appeals, making Williams the third Black woman to serve on any federal circuit court.

Williams and Jones Day will not charge the city for the investigation, Lightfoot told aldermen.

Williams “is in my view, the definition of integrity,” Lightfoot wrote.

Williams will investigate “every relevant department, including the mayor’s office,” according to the letter.

“She will follow the facts where the lead,” Lightfoot wrote, pledging to make the results of her investigation public.

Lightfoot has acknowledged that lawyers working for the city worked to prevent Young from obtaining a copy of the footage of the raid captured by officers’ body-worn cameras and then asked a judge to stop CBS2-TV from publishing the video, in violation of the First Amendment. After the video was published, city lawyers asked a judge to sanction Young and her attorney. At Lightfoot’s direction, that effort was dropped.

Lightfoot has said it was improper for city officials to require Young to file a Freedom of Information Act request to obtain video of the raid. In the future, Lightfoot said city officials would be instructed to quickly turn over footage that features individuals requesting the video.

Although Lightfoot initially said she learned about the raid from CBS2, the mayor acknowledged that she learned of the raid in November 2019 after Young and her attorneys sought the video. Lightfoot has promised to release her emails about the raid, but has not yet done so.