In the chaos that has characterized 2020, therapist and ceramics artist Shalom Parker says her burgeoning collection of houseplants has become more to her than just home décor.

“For me, a lot of the pandemic has been learning how to care for myself better. Slowing down and taking care of plants every morning has been a part of my routine that has been really, really important to me, and helped me to focus on the plants’ growth and my growth at the same time,” she said.

Parker says that with a new job freeing her up financially to indulge her plant love, she expanded her collection from around 10 plants to more than 60.

According to Nika Vaughan, owner of Plant Salon in Noble Square, Parker is not alone in her desire to bring a little — or a lot — of nature indoors during the pandemic. (Some of Parker’s ceramic planters are available for purchase at Plant Salon as well.)

“One of the things I noticed when we first opened and there was such an influx of new plant parents — and there was so many, all at once — was, we live in a city, we have a lot of apartments with odd lighting situations,” said Vaughan.

“People would come in so excited and then they would say, ‘I have one window in my room,’ and you’re like, OK! So you would show them plants that really meet those needs.” 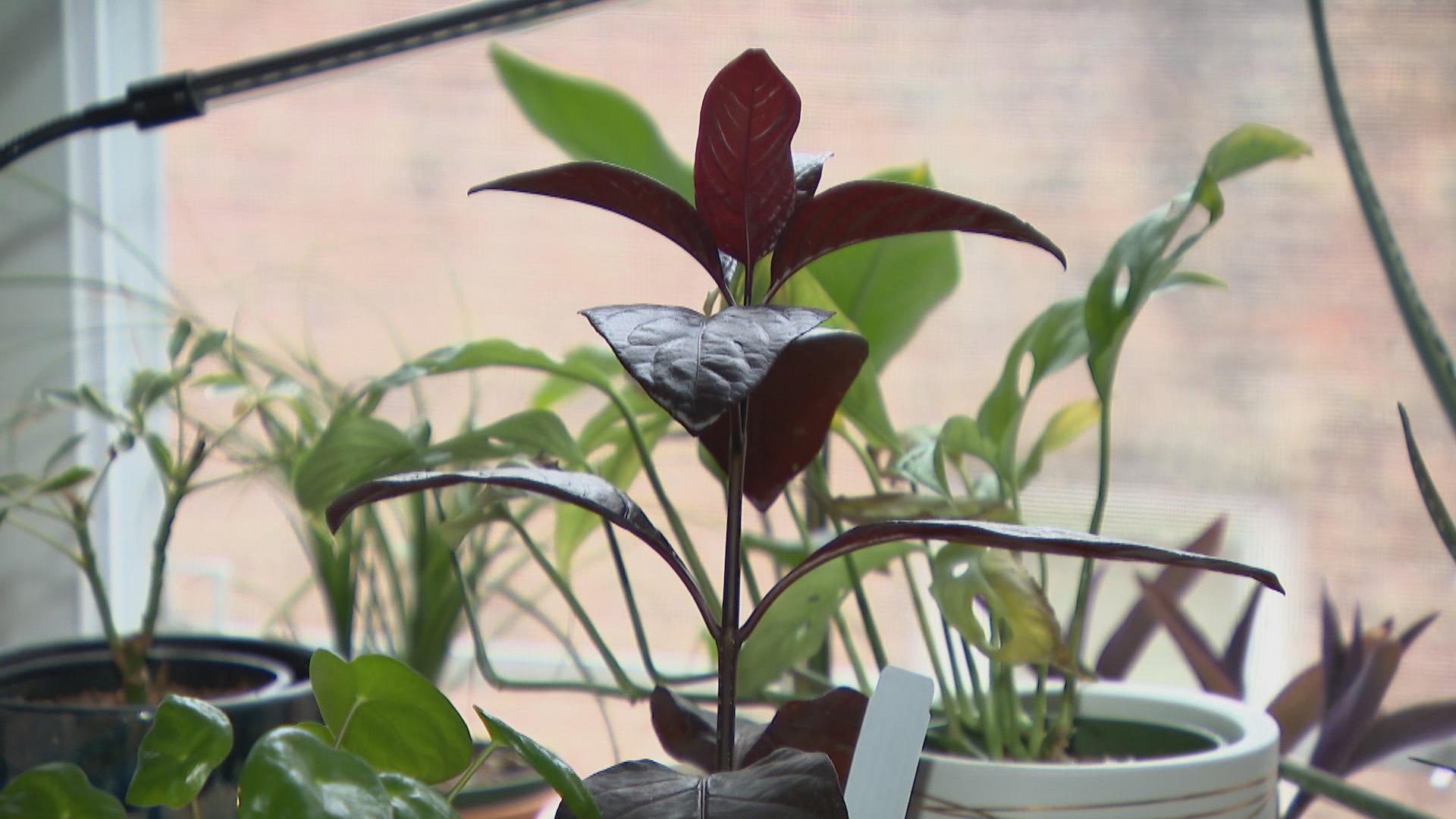 Though Vaughan was already a small business owner when the pandemic began, her business was not begonias – it was bridal beauty. When the shutdowns began, she feared her thriving bridal makeup studio would die on the vine. But enough people had shown interest in Vaughan’s private plant collection at the shop that she decided the time was ripe for a change.

“In May 2020 it kind of hit home how long the new normal might last, the shutdown and everything. Especially for the wedding business and beauty side, it was such a double whammy. And I think because I already felt comfortable running a small business and I kind of had those resources that pivoting and starting to look at: OK, I’m selling beauty products now, what does it mean to sell plant product?” she said. “What are the channels I need to find out, what are the resources I can utilize in the community? We moved very quickly and the community was ready for more plants. And it really worked out.”

Vaughan believes that shared enthusiasm has helped the Plant Salon flourish in its first year.

“It’s not just buying a plant at the plant shop, you have an entire community of people becoming plant parents together for the first time. One of the things we really encourage is that everyone who comes to the door isn’t a customer, they’re here to talk about plants. This is a place to come and have that conversation,” Vaughan said.

Across town in the medical district, teacher Hilario Dominguez says his interest in houseplants also blossomed during the pandemic.

When he began creating his home Eden, Dominguez found support for his new hobby in online plant communities.

“The plant community in Chicago in general is just so beautiful, it’s such a connected, such a helpful community,” Dominguez said.

He discovered Plant Shop Chicago in the Mayfair neighborhood on the North Side through those communities. Co-owners Ozzy Gamez and Juan Quezada say that the pandemic unexpectedly created fertile ground for their business to thrive online.

“It’s definitely grown since the start of this. At the beginning, everything was closing down, we had to close down,” Gamez said. “The idea of just moving all that online and doing it virtually came about and I think at the time we were one of the few people to be doing that, offering plants online locally and deliver them as well and offer curbside pickup very much like a restaurant would do. We were both service industry before so we took some ideas from that. It kind of just took off from there.”

They have also used social media to boost interest in more unusual houseplants.

“Everyone has their wish list of plants that they’re looking for they can’t find, Instagram and social media in general kind of sped that up and makes it accessible for everyone to see something they maybe haven’t seen before and I think that’s where a business like ours hones in,” Gamez said.

“Just noticing there was a tight community in this, it was more than people going to Home Depot or any big-box store and just buying a plant,” added Quezada. “There was a community where people were into certain plants.”

As the uptick in sales gives Gamez and Quezada some peace of mind about the health of their business, they say their customers are reporting an uptick in their mental health, too.

“A lot of the time we just see these little notes that they wrote just telling us, ‘Thank you for being here and providing this service because now I have something to do at home and it just kind of keeps my mind off everything that’s going on,’” Quezada said. “Something as small as that, I feel like it’s a huge change for anyone, and a lot of help.”