Trump Ratchets Up Pace of Executions Before Biden Inauguration 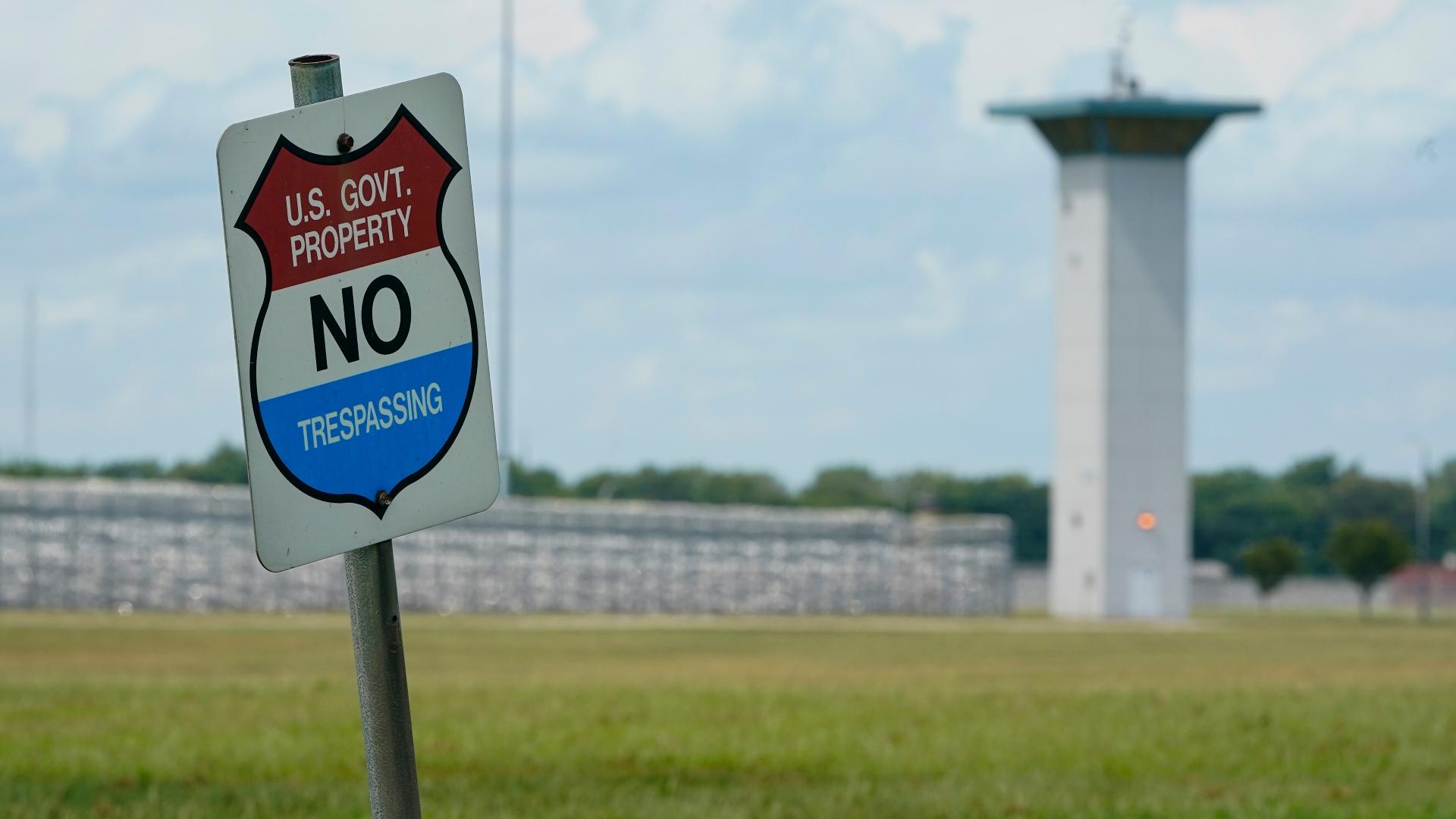 In this Aug. 28, 2020, file photo, a no trespassing sign is displayed outside the federal prison complex in Terre Haute, Ind. (AP Photo / Michael Conroy, File)

CHICAGO (AP) — As Donald Trump’s presidency winds down, his administration is ratcheting up the pace of federal executions despite a surge of coronavirus cases in prisons, announcing plans for five starting Thursday and concluding just days before the Jan. 20 inauguration of President-elect Joe Biden.

If the five go off as planned, it will make 13 executions since July when the Republican administration resumed putting inmates to death after a 17-year hiatus and will cement Trump’s legacy as the most prolific execution president in over 130 years. He’ll leave office having executed about a quarter of all federal death-row prisoners, despite waning support for capital punishment among both Democrats and Republicans.

In a recent interview with The Associated Press, Attorney General William Barr defended the extension of executions into the post-election period, saying he’ll likely schedule more before he departs the Justice Department. A Biden administration, he said, should keep it up.

The plan breaks a tradition of lame-duck presidents deferring to incoming presidents on policy about which they differ so starkly, said Robert Dunham, director of the non-partisan Death Penalty Information Center. Biden, a Democrat, is a death penalty foe, and his spokesman told the AP that he’d work to end the death penalty when he is in office.

“It’s hard to understand why anybody at this stage of a presidency feels compelled to kill this many people … especially when the American public voted for someone else to replace you and that person has said he opposes the death penalty,” Dunham said. “This is a complete historical aberration.”

Not since the waning days of Grover Cleveland’s presidency in the late 1800s has the U.S. government executed federal inmates during a presidential transition, Dunham said. Cleveland’s was also the last presidency during which the number of civilians executed federally was in the double digits in a year, with 14 executed in 1896.

Anti-death penalty groups want Biden to lobby harder for a halt to the flurry of pre-inaugural executions, though Biden can’t do much to stop them, especially considering Trump won’t even concede he lost the election and is spreading baseless claims of voting fraud.

The issue is an uncomfortable one for Biden given his past support for capital punishment and his central role crafting a 1994 crime bill that added 60 federal crimes for which someone could be put to death.

Activists say the bill, which Biden has since agreed was flawed, puts added pressure on him to act.

“He is acknowledging the sins” of the past, said Abraham Bonowitz, Death Penalty Action’s director. “Now he’s got to fix it.”

Several inmates already executed on death row were convicted under provisions of that bill, including ones that made kidnappings and carjackings resulting in death federal capital offenses.

The race of those set to die buttresses criticism that the bill disproportionately impacted Black people. Four of the five set to die over the next few weeks are Black. The fifth, Lisa Montgomery, is white. Convicted of killing a pregnant woman and cutting out the baby alive, she is the only female of the 61 inmates who were on death row when executions resumed, and she would be the first woman to be executed federally in nearly six decades.

The executions so far this year have been by lethal injection at a U.S. penitentiary in Terre Haute, Indiana, where all federal executions take place. The drug used to carry out the sentences is sparse. The Justice Department recently updated protocols to allow for executions by firing squad and poison gas, though it’s unclear if those methods might be used in coming weeks.

The concern about moving forward with executions in the middle of a pandemic — as the Bureau of Prisons struggles with an exploding number of virus cases at prisons across the country — heightened further on Monday when the Justice Department disclosed that some members of the execution team had tested positive for the virus.

The disclosure was made in a court filing by lawyers for two inmates at the prison complex, saying the Justice Department informed them that some of the members of the team — among the nearly 100 people are typically brought in to assist in various tasks during each execution — had tested positive for coronavirus after the last execution.

The spiritual adviser for the man who had been executed also filed court papers saying he too had tested positive after attending the execution.

Barr suddenly announced in July 2019 that executions would resume, though there had been no public clamor for it. Several lawsuits kept the initial batch from being carried out, and by the time the Bureau of Prisons got clearance the COVID-19 pandemic was in full swing. The virus has killed more than 282,000 people in the United States, according to figures compiled by Johns Hopkins University.

Critics have said the restart of executions in an election year was politically motivated, helping Trump burnish his claim that he is a law-and-order president. The choice to first execute a series of white males convicted of killing children also appeared calculated to make executions more palatable amid protests nationwide over racial bias in the justice system. The first federal execution on July 14 was of Daniel Lewis Lee, convicted of killing an Arkansas family in a 1990s plot to build a whites-only nation in the Pacific Northwest.

Barr has insisted the reinstatement of federal executions was driven by adherence to laws. He noted that under Democratic presidents, including Barack Obama, U.S. authorities sought death sentences, they just didn’t carry them out.

“I don’t feel it is a political issue,” Barr told the AP.

Trump has been a consistent supporter of the death penalty. In a 1990 Playboy interview, he described himself as a strong supporter of capital punishment, saying, “Either it will be brought back swiftly or our society will rot away.”

Thirty years later, not even the worsening pandemic has slowed his administration’s determination to push ahead with executions, rejecting repeated calls to freeze the policy until the pandemic eases.

Many states with death penalty laws have halted executions over concerns that the rampant spread of the coronavirus in prisons would put lawyers, witnesses and executioners at too great a risk. Largely as a consequence of the health precautions, states have executed just seven prisoners in the first half of the year and none since July. Last year, states carried out a combined 22 executions.

The expectation is that Biden will end the Trump administration’s policy of carrying out executions as quickly as the law allows, though his longer-term approach is unclear.

Dunham said that while Obama placed a moratorium on federal executions, he left the door open for future presidents to resume them. Obama, for whom Biden served as vice president, never employed the option of commuting all federal death sentences to life terms.

As president, Biden could seek to persuade Congress to abolish the federal death penalty or simply invoke his commutation powers to single-handedly convert all death sentences to life-in-prison terms.

“Biden has said he intends to end the federal death penalty,” Dunham said. “We’ll have to wait and see if that happens.”