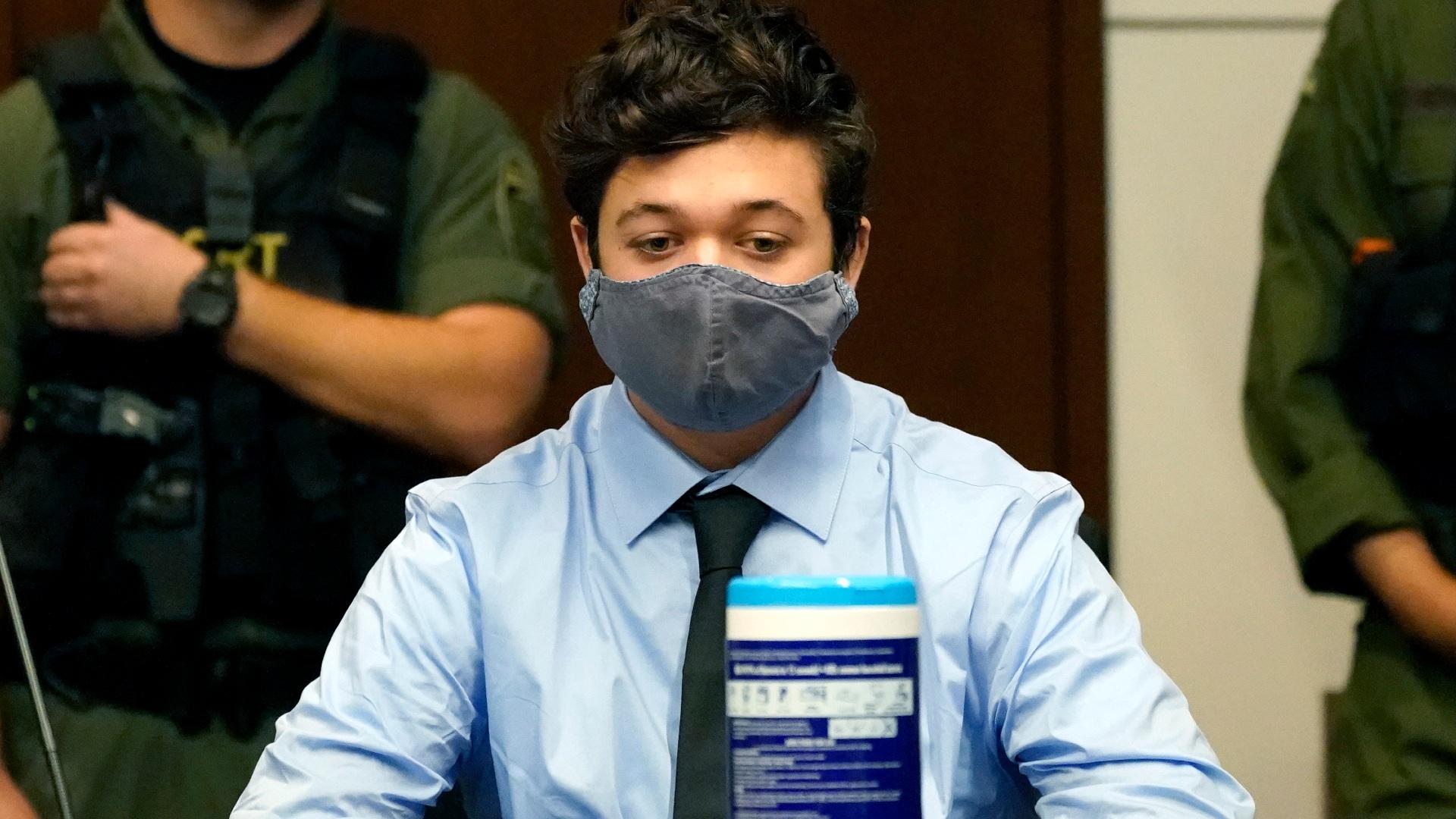 WAUKEGAN, Ill. (AP) — A 17-year-old from Illinois accused of killing two demonstrators in Kenosha, Wisconsin, has been extradited to stand trial on homicide charges, with sheriff’s deputies in Illinois handing him over to their counterparts in Wisconsin shortly after a judge approved the contested extradition.

“This Illinois court shall not examine any potential political impact a Wisconsin District Attorney potentially considered in his charging decision,” Novak’s six-page ruling said. He added that it is not for an Illinois judge to “reevaluate probable cause determined by a Wisconsin court.”

Immediately after Novak issued the ruling at the courthouse in Waukegan, Illinois, deputies with Illinois’ Lake County Sheriff’s Office picked up Rittenhouse and drove him five miles to the Illinois-Wisconsin border, sheriff’s office spokesman Christopher Covelli told The Associated Press. Rittenhouse was turned over to Kenosha County sheriff deputies at the state line at around 3:45 p.m., Covelli said.

The ruling and speedy transfer came several hours after a hearing Friday morning in which Judge Novak heard arguments for and against extradition.

The shootings happened Aug. 25, two days after a white police officer trying to arrest Jacob Blake shot the 29-year-old Black man seven times in the back, paralyzing him from the waist down. Video of the police shooting sparked outrage and helped spur on the protests.

Rittenhouse’s case has become a rallying point for some conservatives who see him as a patriot who was exercising his right to bear arms during unrest. Others portray him as a domestic terrorist who incited protesters by showing up wielding a rifle.

At Friday’s hearing, Rittenhouse’s lawyer said he’d had a change of heart since notifying the court that he planned to call witnesses, including Rittenhouse’s mother. Instead, John Pierce focused on what he called “fatal defects” in extradition papers.

A local prosecutor said the law is unambiguous in requiring Rittenhouse’s extradition.

“You can imagine the chaos if someone can commit a crime and step over the (state borderline) and get sanctuary,” Lake County Assistant State’s Attorney Stephen Scheller told Novak.

Rittenhouse sat at a defense table wearing a dress shirt and tie — mask across his face. At least once, he turned to look at his mother, Wendy Rittenhouse, on a spectactors’ bench. Later, as officers led him from the hearing room, she began to cry.

In his ruling, Novak said an extradition to another state can be halted only under several clear conditions, including if the extradition papers aren’t in order, if a suspect hasn’t yet been charged or if the identity of the suspect is in doubt. He said none of that applied.

Without witnesses from either side, the part of Friday’s hearing meant for evidence and testimony lasted less than 30 seconds, when Scheller handed the judge Illinois Gov. J.B. Pritzker’s signed warrant calling for Rittenhouse’s extradition.

Pierce told Novak that Wisconsin authorities were required by law to present charging documents to a magistrate judge and that their failure to do so rendered their extradition request invalid.

Novak dismissed that argument, saying in his ruling that Rittenhouse’s lawyers had offered no evidence that a magistrate judge did not review the charges.

“Even if this court were to find the complaint (was) not made before a magistrate … Rittenhouse’s argument would still fail,” he wrote. The warrant signed by Pritzker, he said, “satisfies all the requirements.”

The most serious charge Rittenhouse faces in Wisconsin is first-degree intentional homicide, which carries a life prison sentence. He is also charged with attempted intentional homicide in the wounding of a third protester, as well as a misdemeanor charge of underage firearm possession. His lawyers have argued he was acting in self-defense.

Rittenhouse and the man he allegedly injured are white, as were the two men who were killed.

A day after the shooting, Rittenhouse surrendered to police in his Illinois hometown of Antioch, some 10 miles southwest of Kenosha.

According to prosecutors and court documents, Rittenhouse killed 36-year-old Joseph Rosenbaum, of Kenosha, after Rosenbaum threw a plastic bag at Rittenhouse, missing him, and tried to wrestle his rifle away.

While trying to get away in the immediate aftermath, Rittenhouse was captured on cellphone video saying, “I just killed somebody.” According to a complaint filed by prosecutors, someone in the crowd said, “Beat him up!” and another yelled, “Get him! Get that dude!”

Video shows that Rittenhouse tripped. As he was on the ground, 26-year-old Anthony Huber, of Silver Lake, hit him with a skateboard and tried to take his rifle. Rittenhouse opened fire, killing Huber and wounding Gaige Grosskreutz, of West Allis, who was holding a handgun. 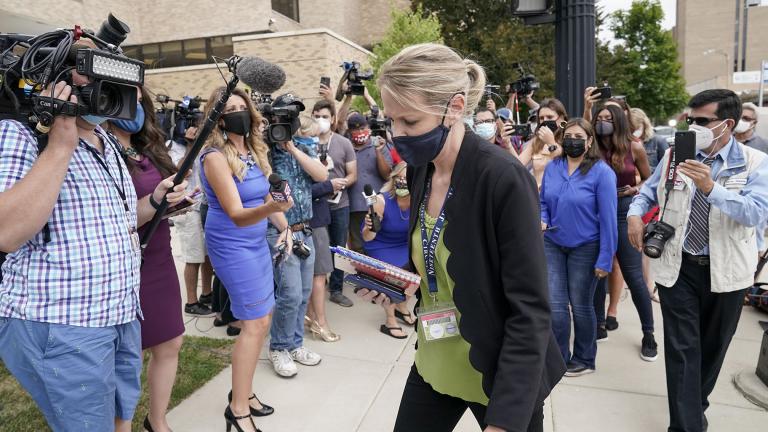 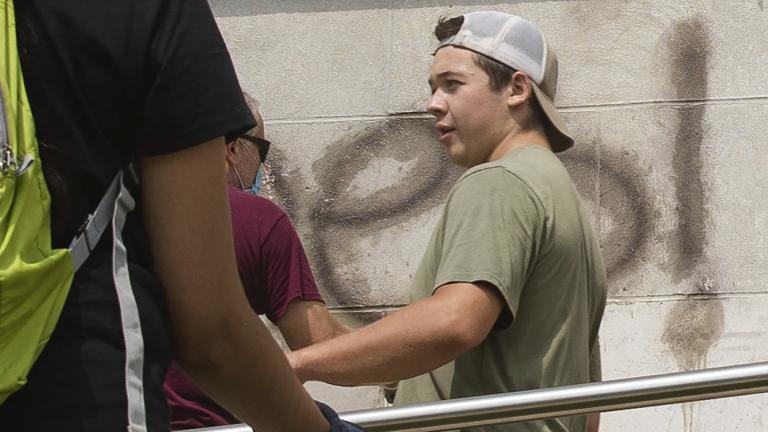 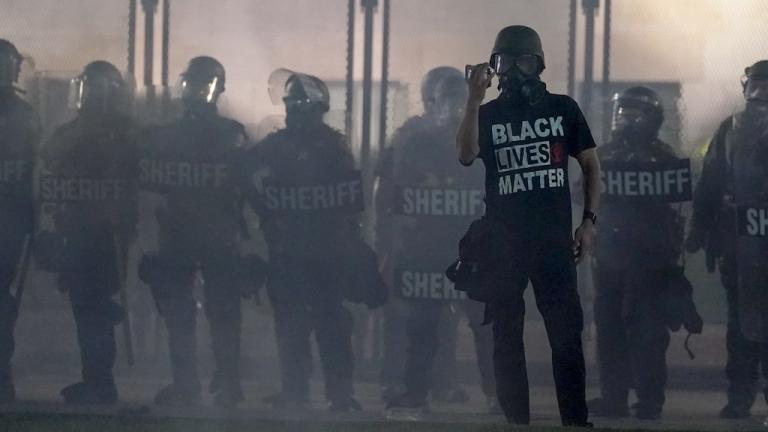