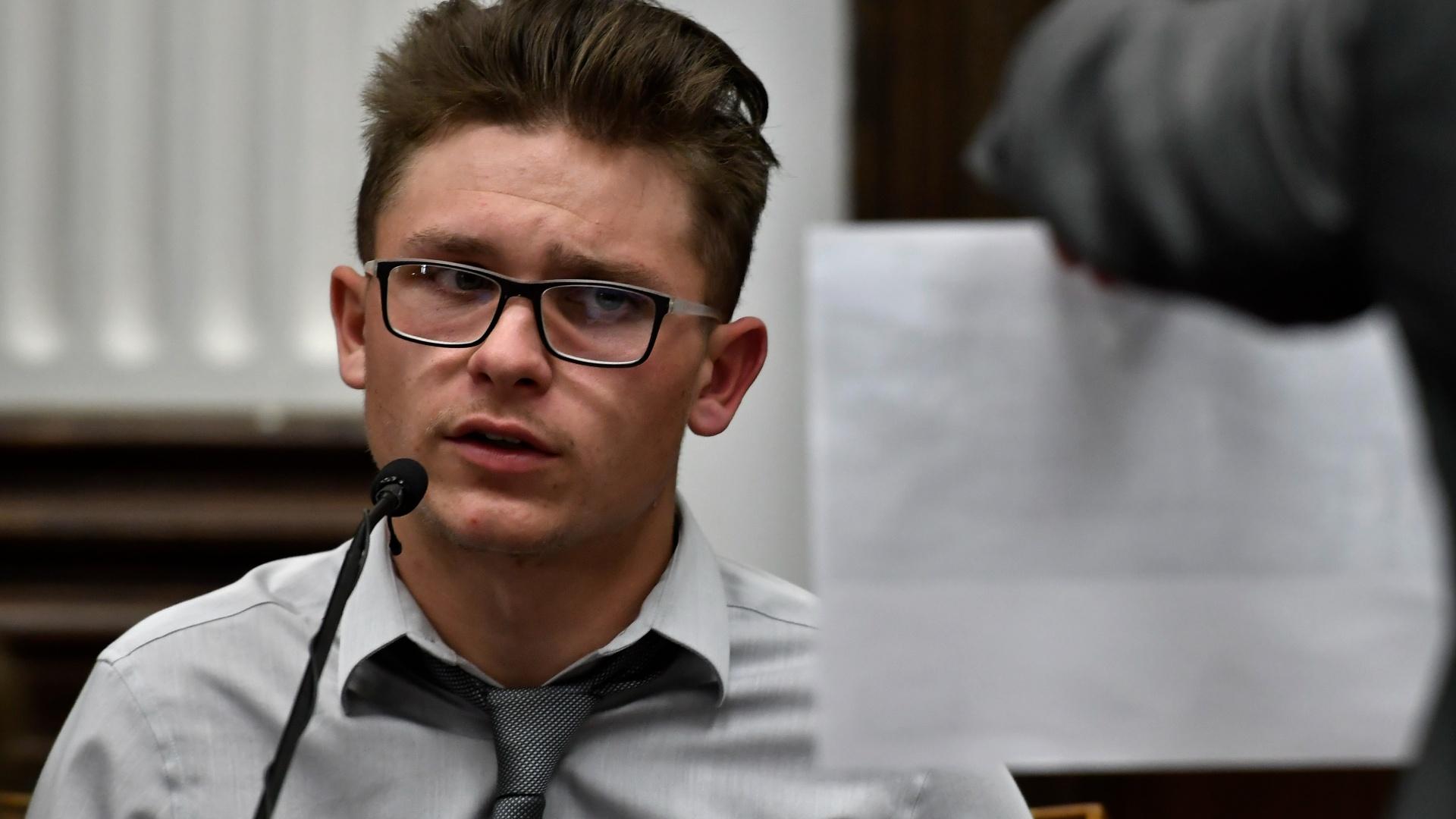 Dominick Black testifies during Kyle Rittenhouse’s trial at the Kenosha County Courthouse in Kenosha, Wis, on Nov. 2, 2021. Black, who bought an AR-15-style rifle for Rittenhouse has pleaded no contest to a reduced charge of contributing to the delinquency of a minor in a deal with prosecutors to avoid prison. A Wisconsin judge accepted Dominick Black's plea on Monday, Jan. 10, 2022. (Sean Krajacic / The Kenosha News via AP, Pool File)

MADISON, Wis. (AP) — The man who bought an AR-15-style rifle for Kyle Rittenhouse pleaded no contest Monday to a reduced charge of contributing to the delinquency of a minor in a deal with prosecutors that allows him to avoid prison.

Contributing to the delinquency of a minor is a misdemeanor punishable by up to nine months in jail, but Binger reduced the charge to a non-criminal county ordinance violation. Under the deal, Black will pay a $2,000 fine. Each felony count would have been punishable by up to six years in prison and a $10,000 fine.

Rittenhouse used the rifle to shoot three people, killing two, during a tumultuous night of protests in Kenosha in 2020 over the shooting of a Black man, Jacob Blake, by a white police officer. A jury acquitted Rittenhouse of homicide and other charges in November.

Binger told Schroeder that he didn’t believe he could move forward with the felony counts against Black, who testified against Rittenhouse. Binger noted, among other things, that during Rittenhouse’s trial, Schroeder sided with defense attorneys who argued that Wisconsin law prohibits minors from possessing short-barreled rifles and short-barreled shotguns but allows them to possess long guns.

“In these circumstances, to go forward with these felony charges against Mr. Black, given the court’s legal ruling as well as Mr. Black’s cooperation and the jury’s decision in the Rittenhouse case, does not seem appropriate,” Binger said.

Black’s attorney, Tony Cotton, said nothing except to confirm the deal. He said in an email to The Associated Press after the hearing that “justice was done.”

“The District Attorney’s Office did the right thing by agreeing to dismiss the felony charges against our client especially considering that a jury found Rittenhouse not guilty,” Cotton said.

Black was 18 and dating Rittenhouse’s sister when he purchased an AR-15-style rifle for Rittenhouse in May 2020. Rittenhouse, of Antioch, Illinois, was 17. Black testified during Rittenhouse’s that he bought the rifle so he and Rittenhouse could target shoot and hunt on a friend’s property in northern Wisconsin.

Three months later, in August 2020, Rittenhouse used the rifle to shoot Joseph Rosenbaum, Anthony Huber and Gaige Grosskreutz. Rosenbaum and Huber died of their wounds. Rittenhouse is white, as were all of the people he shot.

Rittenhouse argued that he fired in self-defense after the men attacked him. On the last day of his trial, Schroeder dismissed a charge of being a minor in possession of a firearm.

Binger told Schroeder on Monday that he anticipated the judge would have dismissed the felony counts against Black based on that decision. He also told Schroeder that he didn’t agree with his interpretation of state law and suggested the district attorney’s office might appeal that ruling.

District Attorney Michael Graveley didn’t immediately respond to a message about that.

The rifle was tagged as evidence in Rittenhouse’s trial, but it’s unclear what will become of it. Rittenhouse’s attorney, Mark Richards, said Rittenhouse wants it to be destroyed. Graveley also didn’t respond to a message inquiring about what will be done with it.