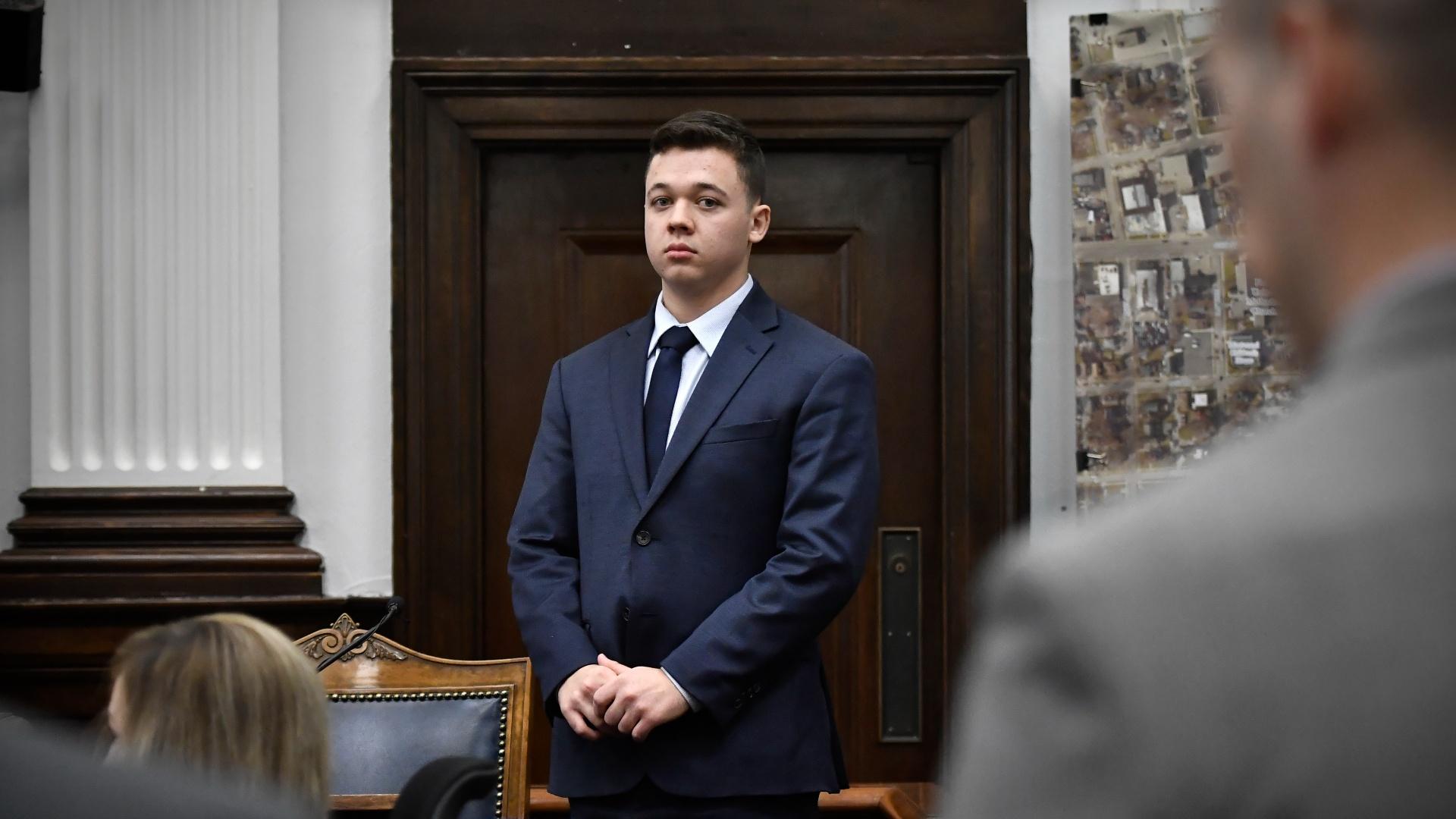 Kyle Rittenhouse waits for the jury to enter the room to continue testifying during his trial at the Kenosha County Courthouse in Kenosha, Wis., on Wednesday, Nov. 10, 2021. (Sean Krajacic / The Kenosha News via AP, Pool)

NEW YORK (AP) — Kyle Rittenhouse, who was acquitted on charges stemming from killing two men and wounding another during the unrest that followed the shooting of a Black man by a white police officer, says in a new interview that he's “not a racist person” and supports the Black Lives Matter movement.

Rittenhouse was 17 last year when he traveled 20 miles (32 kilometers) from his home in Antioch, Illinois, to Kenosha, Wisconsin, which had been racked with protests in the wake of the Aug. 23 shooting of Jacob Blake. That shooting and the response in Kenosha — protests that turned destructive — became part of the national reckoning over police use of force against Black people following George Floyd's death in Minneapolis the previous May at the hands of police.

Rittenhouse, armed with an AR-style semiautomatic rifle, joined others who said they were intent on protecting private property from potential damage on Aug. 25. During his trial, prosecutors argued that the teenager as a “wannabe soldier” who went looking for trouble that night. Rittenhouse countered that he fired in self-defense after he was attacked and in fear for his life.

The shootings quickly made Rittenhouse a rallying cry for supporters of Second Amendment rights and those angered by the sometimes violent protests seen in some American cities after Floyd's death.

Rittenhouse was photographed in a bar before the trial with apparent members of the far-right Proud Boys. Rittenhouse's attorneys have said he is not a white supremacist.

“I’m not a racist person. I support the BLM movement, I support peacefully demonstrating,” Rittenhouse tells Carlson in excerpts of the interview released by Fox News ahead of its airing.

A jury last Friday found Rittenhouse not guilty on charges of homicide, attempted homicide and reckless endangering in the deaths of Joseph Rosenbaum, 36, and Anthony Huber, 26, and the wounding of Gaige Grosskreutz, now 28.