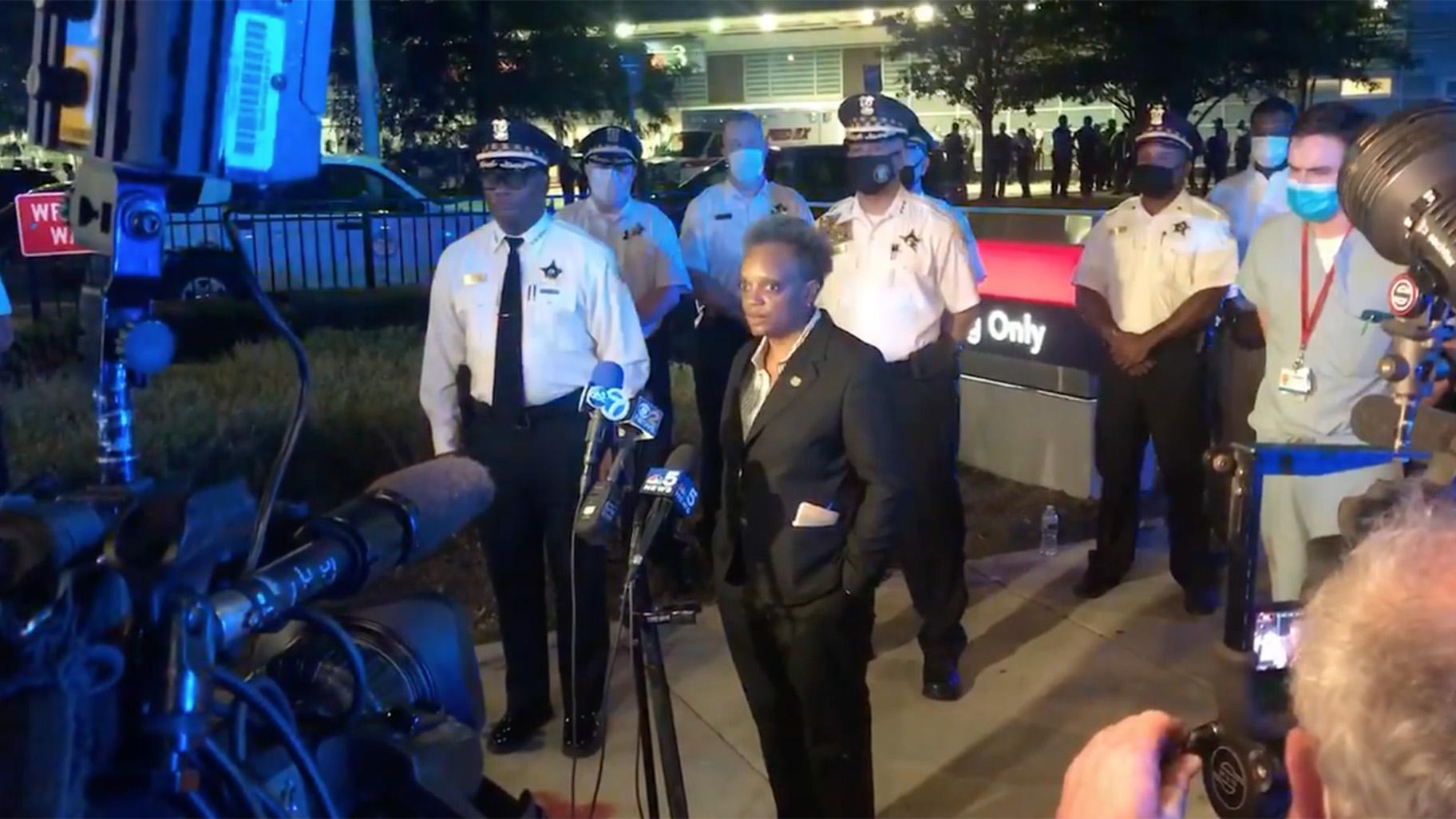 UPDATE: Police Superintendent David Brown on Monday said one of the wounded officers has been treated and released from the hospital. The second officer remains in the hospital after undergoing surgery. The suspect has been arrested and charged with seven counts of attempted murder.

Police officers and a person they were trying to arrest exchanged gunfire during a traffic stop early Sunday in the Homan Square neighborhood, according to the Chicago Police Department.

Responding to a call about a person with a gun, two police officers conducted the stop on a vehicle matching the description in the 3300 block of West Polk Street around 2:30 a.m., according to a preliminary statement from the CPD.

The officers observed a handgun inside the car, police Superintendent David Brown said during a press briefing early Sunday. The suspect was in the back seat of the car and there were no other passengers, Brown said.

The officers, part of a newly formed mobile summer unit to address violent crime, called for backup and a third officer arrived at the scene, Brown said.

When the suspect would not comply with police orders, a struggle ensued and shots were fired, Brown said.

The offender “fired multiple shots, striking both officers,” according to the police statement. One officer was struck in the chest and arm, the other in the arm, the CPD said.

Both officers were transported in critical condition to Stroger Hospital for treatment; the suspect, who was also struck by gunfire, was taken to Loyola University Medical Center, according to police, who said they recovered a gun at the scene.

Both officers are in their early 20s, Brown said. One is in good condition and one is in serious condition, Dr. Hadyn Hollister, of Stroger Hospital, said at the press briefing.

The suspect is in serious but stable condition, according to reporting by the Chicago Tribune.

Mayor Lori Lightfoot, who also spoke at the briefing early Sunday, praised the officers and acknowledged the shooting comes at a time when there is “an important conversation in this city about public safety.

The Chicago Office of Police Accountability is investigating the incident and both officers will be placed on administrative duties for 30 days, according to the CPD.