What the City, Park District Are Doing to Shore Up Infrastructure Along Chicago’s Lakefront and Beyond

Chicago is facing a lot of unfunded infrastructure needs in the coming years, the city’s budget director said last week. And it’s not just roads, bridges and streetlights that need work. The city’s lakefront and lakefront trail are also grappling with another year of high lake levels.

Severe storms battered Chicago’s shoreline last winter. City crews used huge boulders to stop the lake from swallowing up three small beaches in Rogers Park. At Jackson Harbor on the South Side, “You can see the damage that has been caused by waves from the lake coming in and attacking the shoreline,” said Heather Gleason, the Chicago Park District’s Director of Planning and Development. “We’re in the process of triaging repairs and making sure that we get the shoreline back in working condition and protect the lakefront path from being harmed.” 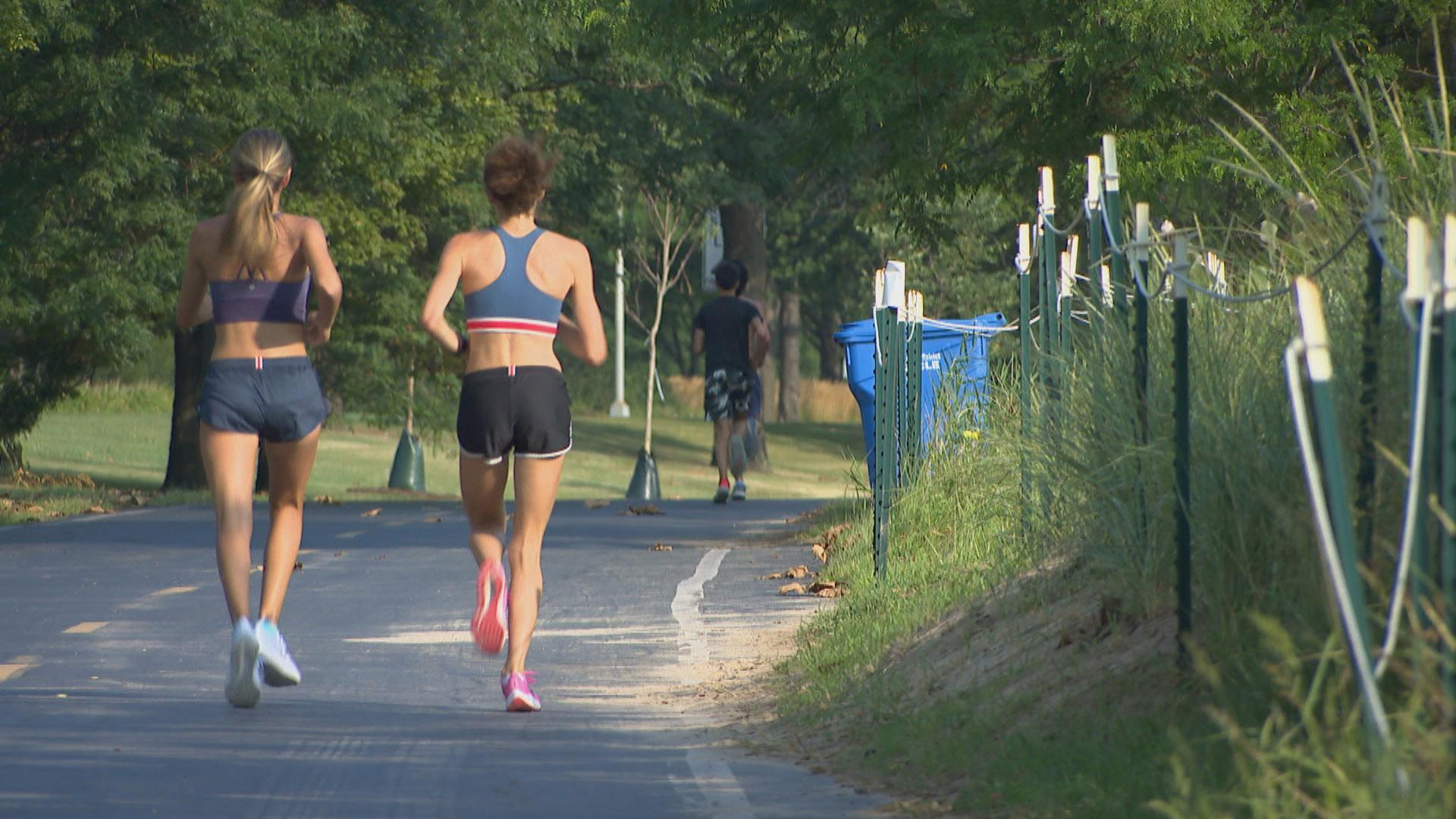 Billionaire Ken Griffin funded many of the repairs to winter damage along the lakefront trail. (He previously donated money to separate the trail into bicycle and pedestrian paths.) But getting the trail in working order and slowing erosion isn’t all that needs to be done.

The Park District has partnered with the Army Corps of Engineers and the coastal engineering firm SmithGroup to help “evaluate the entire lakefront,” Gleason said, “to see where the erosion has really done some damage. There was a program in the 1990s that was federally funded. It was a little over $300 million, and it fixed a lot of pieces of shoreline. But there were whole stretches that were not included in that program.”

Another long-awaited lakefront project: the Navy Pier flyover, which takes the lakefront trail over the Chicago River. Work on the project started in 2014, and was supposed to wrap up two years ago. The latest estimate for completion is by the end of the year. Part of the delay, the project’s manager told the Chicago Sun-Times, is that while working on the flyover, crews kept finding things that needed to be repaired on the Depression-era bridge.

The flyover project is high-profile, but the city is responsible for more than 300 bridges, viaducts and underpasses. During a hearing last week, city leaders said Chicago is facing $2.7 billion in unfunded infrastructure needs in the next five years. A billion of that is for bridges. 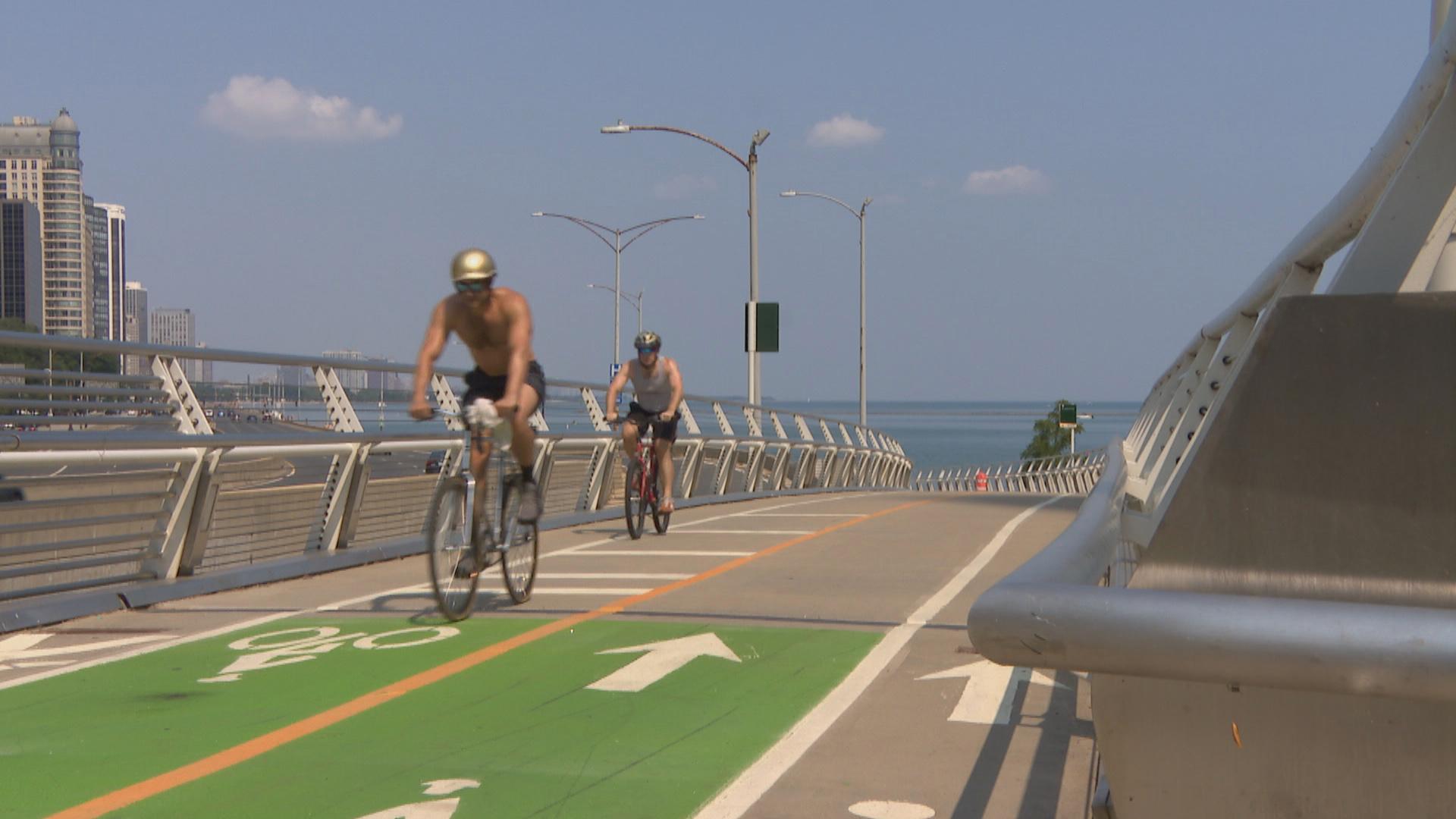 “It’s probably our most underfunded category,” Chicago Department of Transportation Commissioner Gia Biagi said. “A rehabilitation of a bridge on average is about $40 million. And that’s a rehab, we try to keep all the parts, but it gives you a sense of the magnitude there.”

Bridge maintenance is an issue around the country, according to the American Road and Transportation Builders Association. Its annual bridge report found that more than 46,000 bridges are in poor or structurally deficient condition.

“Beyond those structures that are classified in poor condition, one in three bridges across the country does need some sort of repair work,” said Alison Black, ARTBA’s chief economist. “That could be replacing the deck, improving guard rails or the approach to the bridge, or making some other sort of repair.”

Black says funding is always tricky, especially for local governments that rely on state and federal money. An economic crisis like the one brought on by the coronavirus pandemic makes things even tougher.

But, Black warns, if you don’t maintain infrastructure, “It costs a lot more down the road to make those repairs that are needed as conditions worsen. Especially in some states, Illinois being one of them, where weather can certainly be an issue, that puts a lot more stress and pressure on the structure.”

And with weather likely to get more extreme as climate change advances, it’s critical the city and the park district can ensure its infrastructure is resilient.

“Climate change, we think, is going to be really high highs, really low lows. It’s going to potentially turn around faster, too, so in a couple years we could have record low lake levels,” the Park District’s Gleason said. “It’s hard to quantify with any individual storm, but we know it’s having an impact.”

That’s why Gleason says the Park District is looking for potential problems, long-term solutions and, crucially, the money to address them. “Where are we going to find the funding? That’s one of the biggest challenges of the longer-term planning process,” she said.

Of course, the Park District is not alone in its hunt for funding. The city is facing its own budget challenges. Starting Monday, Mayor Lori Lightfoot and the city’s budget office are hosting a weeklong series of virtual budget town halls. Infrastructure is set to be the focus on Thursday.