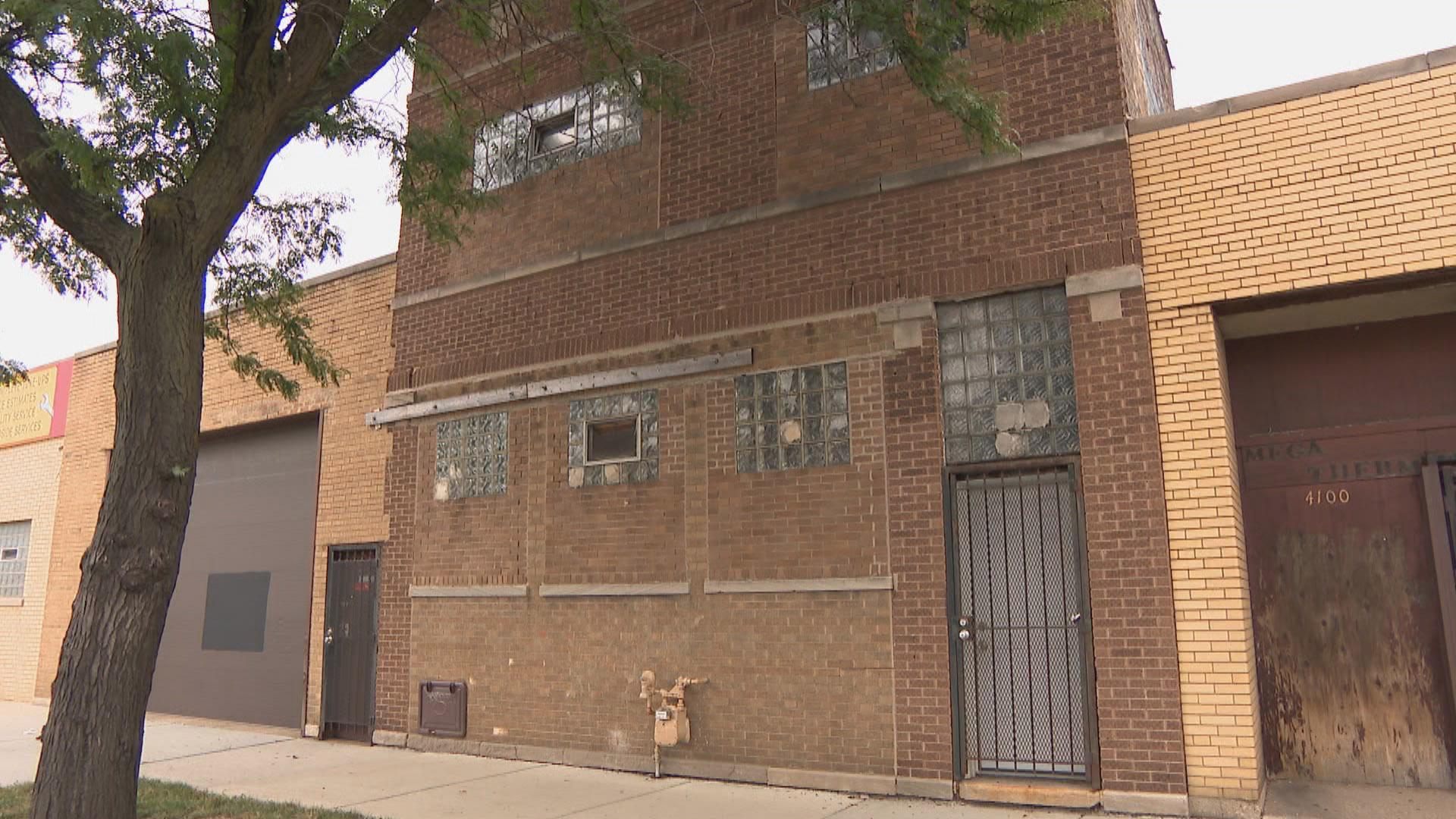 The exterior of a warehouse in the Humboldt Park neighborhood of Chicago, where officials say an illegal party was shut down over the weekend. (WTTW News)

Inspectors shut down an illegal party at a Humboldt Park warehouse where revelers were not wearing masks or following social distancing rules, city officials said Monday.

The party at 4106 W. Chicago Ave., with a $20 cover charge, was advertised on Eventbrite as an opportunity for aspiring DJs to “come out & party, perform & network in w/ other upcoming entrepreneurs & enjoy the vibes of our Dj in our new 5,000 sq ft. warehouse,” according to the event listing.

But not only did party organizers not follow city rules designed to stop the spread of the coronavirus, they did not have a public place of amusement license for the party — or a liquor license, said Department of Business Affairs and Consumer Protection Commissioner Rosa Escareño.

“We caught it early, and shut it down early,” Escareño said.

Organizers of the event could not be reached for comment.

That party was one of three events shut down by city officials as part of a new strategy to focus on stopping events, parties and gatherings violating city health orders with a dedicated task force, Escareño said.

“We are extremely concerned that these parties are potentially causing the increases that we are seeing,” Escareño said.

Inspectors also investigated complaints at 20 businesses, and issued 16 citations to eight of them, Escareño said.

City officials declined to name the businesses that were cited. Each citation comes with a $10,000 fine, according to city ordinance.

Bars, taverns, breweries and other establishments that don’t have a retail food license permitting them to serve food were blocked on July 24 from serving customers indoors as Mayor Lori Lightfoot and health officials work to stamp out an increasing number of confirmed COVID-19 cases in the city.

An average of 270 Chicagoans have been diagnosed each day with the coronavirus during the past week, an 8% increase from the previous week, according to Chicago Department of Public Health data. The city’s average case positivity rate is 4.8%, according to the data.