The latest proposal designed to keep longtime Woodlawn residents from being pushed out of their homes by gentrification spurred by the Obama Presidential Center includes an expanded requirement that new apartment complexes set aside more units for very low-income Chicagoans, officials said.

However, that version of the measure was roundly criticized by Ald. Jeanette Taylor, whose 20th Ward includes the future presidential center and most of Woodlawn.

Taylor said the original measure was insufficient and poorly crafted. It also failed to win the support of a coalition of activist groups, which staged a daylong sit-in outside the mayor’s office in February and built a tent city in a vacant lot in Woodlawn in June to pressure officials.

Taylor endorsed the revised measure, saying it was a “step in the right direction.”

However, Taylor said she would keep working to protect Woodlawn residents at risk of being forced out of the South Side neighborhood.

“It is not enough to stop gentrification in the ward,” Taylor said. “This wasn’t easy, it is not perfect but it is a good first step.”

The measure calls for two-thirds of the $4.5 million in public funds to be spent to help Woodlawn residents buy homes — or stay in the homes they already own.

However, the revised measure would require 30% of units in any new residential development on 52 vacant lots owned by the city to be set aside for Chicagoans earning between 30% and 50% of the area’s median income, which is $89,100 for a family of four. The city owns 208 vacant lots in Woodlawn.

“No one who lives in Woodlawn now should have to leave Woodlawn,” said Marisa Novara, the commissioner of the city’s Housing Department. “They should always be able to call Woodlawn their home.”

Originally, the coalition asked that 30% of units in any new development requiring a zoning change be set aside as affordable as well as for a property tax freeze and a rental assistance fund, none of which is in the revised proposal.

In the first version of the proposal, the mayor agreed to set aside just 20% of new units in apartment complexes of more than 15 units for low- and moderate-income residents. At the time, Novara told reporters setting aside 30% of the units for low-income Chicagoans would require too large of a subsidy from the city.

The proposal also calls on the city to expand its Preservation of Existing Affordable Rentals program, which offers landlords financial assistance from the city to purchase or refinance multifamily residential buildings in exchange for keeping the units affordable for 30 years. 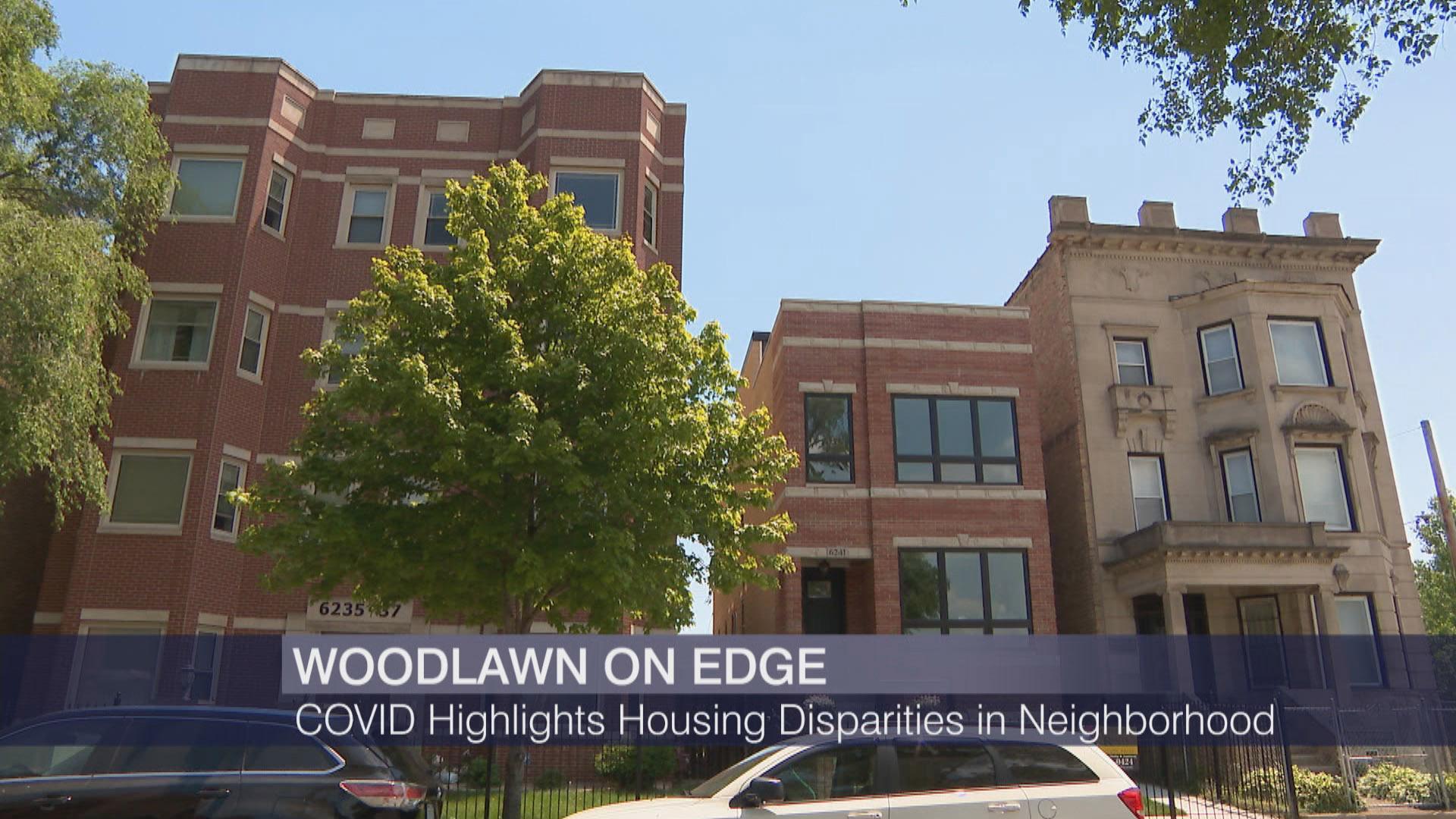 Chicago’s Woodlawn neighborhood was featured as part of our COVID-19 Across Chicago series on “Chicago Tonight” on June 17, 2020. (WTTW News)

The city’s plan calls for new owner-occupied homes to be built on half of those city-owned lots, with rental units built on the other half, officials said.

Even though the Obama Presidential Center has yet to receive final approval from the federal government to break ground, Woodlawn’s real estate market is already bubbling, with the median sale price for single-family homes rising 90% from 2010 to 2019.

Chicagoans who have owned their home for five years or more and earn no more than 120% of the area’s median income could apply for $20,000 grants from a new $1 million fund to repair their homes, according to the proposal.

The measure backed by the mayor also earmarked $500,000 for Renew Woodlawn, a program designed to help Chicagoans with low to moderate incomes purchase homes.

In addition, Lightfoot’s draft proposal would add $1.5 million to the Woodlawn Loan Fund, a program that funds the purchase and rehabilitation of vacant units to create new affordable housing units.

The city’s commitment to the loan fund is expected to attract $5 million from private investors, Novara said.

The draft ordinance also expands efforts to help owners earning between 60% and 80% of the area’s median income stay in their homes, Novara said.

The ordinance would apply to the entire Woodlawn community area, a smaller area than originally proposed by Taylor and the coalition. That is frustrating, Taylor said, since the entire area will be affected by the Obama center.

“It is bittersweet,” Taylor said. “I fought as hard as I could.”