One of the first local museums to reopen, the Museum of Contemporary Photography is rolling out resistance. That’s the theme of their long-delayed show that just opened on the Columbia College campus in the Loop.

Marc Vitali: In the museum galleries along Michigan Avenue, visitors are welcomed back in small groups. They see documentary photographs and artwork in a show called “Temporal: Puerto Rican Resistance.”

What it means in English is: “Storm, storm, here comes the storm. What will become of Puerto Rico when the storm comes?”

This first gallery is dedicated to the after effects of Hurricane Maria and the victims.

Vitali: The exhibition also documents austerity in the country before the 2017 hurricane. And the popular uprising last summer that ousted the governor of the U.S. territory. 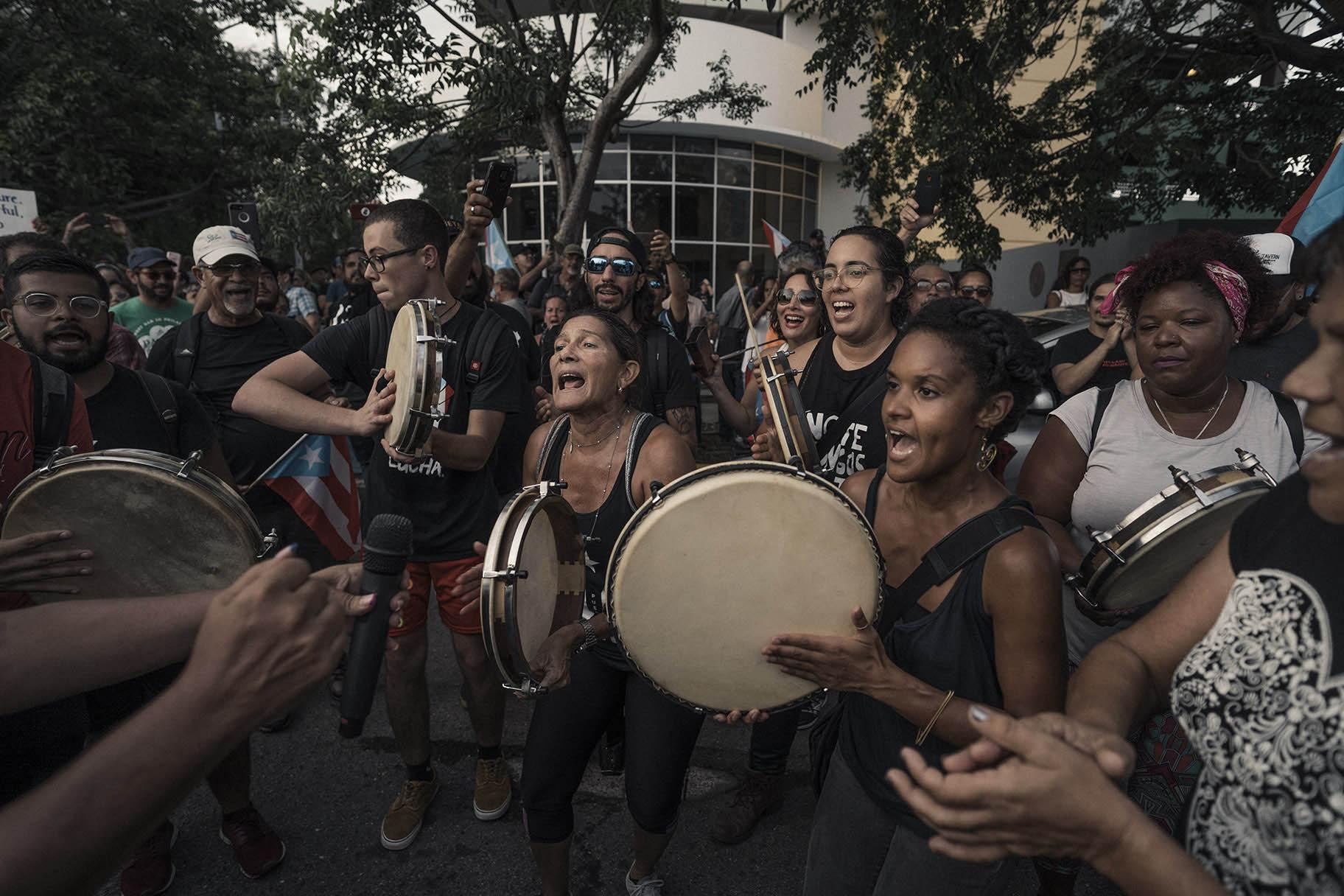 Álvarez: I wanted to show that it wasn’t just a hurricane that has Puerto Rico in crisis.

We’ve seen budget cuts throughout, hundreds of schools have been closed, and the infrastructure, which was already fragile just due to neglect has just been exacerbated by the natural disasters.

Vitali: One of the 11 artists made contemporary work with historic surveillance photos taken by the police and the FBI decades ago.

Chicago-based artist Edra Soto made a gate studded with viewfinders. They show tiny images she captured in Puerto Rico the day after the hurricane.

And another artist has an entire installation open for visitors – it’s a recreated beauty salon that explores the struggle of businesses owned by women on the island.

The show was organized by Columbia College’s Curatorial Fellow for Diversity in the Arts.

She was attending graduate school in Iowa when Hurricane Maria hit.

Álvarez: When the hurricane happened, for two weeks I couldn’t speak with my family.

The power was out for nearly three months at my parents’ home, and they’re considered some of the lucky ones. Some people didn’t have power for a year.

My family and my friends kept telling me like three months in they said it just felt like a really long day. Like time isn’t passing anymore. Like we’re stuck in time and nothing changes.

I really wanted to capture the daily experience, the real experience.

And I wanted to also show the resistance. I was tired of hearing the word “resilient." I feel that puts a lot of weight on the people who are consistently victimized. So I chose resistance as a counterword.

The exhibition “Temporal: Puerto Rican Resistance” is on view through Sept. 19 — the third anniversary of Hurricane Maria making landfall. Also, the show is free but requires an online reservation to attend.