Chicago Public Schools will continue to utilize school resource officers in some of its high schools, after a motion to terminate the district’s $33 million contract with the Chicago Police Department was voted down.

The Chicago Board of Education on a 4-3 vote rejected a proposal to terminate that intergovernmental agreement following hours of discussion during its monthly meeting Wednesday as protesters rallied outside.

Several board members spoke about the need to reform safety and security measures inside schools, but many worried about the unintended consequences of making an abrupt change.

“There is more that needs to be done, and we need to do it together,” said board President Miguel del Valle, who voted against the motion.

Though the motion was defeated, it brought about one of the board’s closest votes in several years.

Many public speakers at the board meeting were in favor of terminating the CPD contract. Those included several students who said they feel less safe with the officers, or SROs, in their schools.

“We must take police out of schools,” said Kaleb Autman, a 2020 CPS high school graduate. “The role of militarism and police in our schools doesn’t stop violence, it only perpetuates it.”

The Rev. Marvin Hunter, the great uncle of Laquan McDonald – who was shot and killed by a Chicago police officer in the street in 2014 – spoke during the meeting, saying that while the “optics of having police officers in schools is not a good look,” he believes having resource officers in some capacity is a necessity.

A plethora of city aldermen also spoke during Wednesday’s hearing, including eight who spoke in favor of terminating the contract, and five others who want to maintain the program.

Ald. Pat Dowell (3rd Ward) asked the board to take a “measured approach” to the SRO program, saying officers “can be a very important part of a school community.” But Ald. Byron Sigcho-Lopez (25th Ward) said it was “unconscionable” for the school district to send $33 million to the CPD at a time when many around the country are calling to defund the police.

There are 144 school resource officers assigned to CPS schools, according to the board, as well as 48 mobile school officers and 22 staff sergeants. CPS renews its contract with the CPD on an annual basis, and will vote on a new agreement in July.

That may have impacted how some board members voted Wednesday, as they sought more time to review and potentially alter the contract before terminating it outright.

Local school councils and principals currently have the power to decide if they want school resource officers in their respective schools. But the contract itself can only be terminated by the board or the city.

CPS CEO Janice Jackson and Mayor Lori Lightfoot have opposed terminating the contract, saying they want to maintain local control at the school level. Multiple CPS principals spoke at a press conference earlier this week about the positive impact school resource officers have had in their buildings, serving as coaches and role models for students.

In a statement, Lightfoot said the board “made the right decision” and expressed her belief in Jackson and CPS leadership to “continue working to address outstanding concerns about school safety.”

“What has been made clear from extensive dialogue over recent weeks is that it is too hard to teach and learn while students and their families are living in economic hardship and in communities suffering from disinvestment, as well as worrying about their physical safety,” she said. “True school safety requires the use of many tools, including meaningful investment and access to resources — which is why CPS has begun fulfilling the commitment we made to hiring a social worker and nurse for every school to support the needs of Chicago students.”

CPS also said it has improved its agreement with the police department, solidifying SRO training requirements and getting principals involved in the selection process of the officers at their schools. And the district said the number of police notifications have declined by 58% from the 2014-15 school year to the present.

“We see the need for evolution of school safety and we want to work with the communities, it just doesn’t happen as a flash cut,” CPS Chief of Safety and Security Jadine Chou said. “And so we’re just asking for everyone to be on this journey with us. We’ve come a long way as a district and we recognize that we have a way to go, but we feel like we are making progress.”

Chou said CPS conducted a survey of school communities – which included staff, parents, students and local school council members – and 65% of the 5,600-plus respondents said they feel SROs help keep their schools safe. The survey was also opened up to the community at large, and 85% of those 313 respondents viewed the SRO program negatively.

But the board motion focused on the potential harm police in schools can have on students of color, citing stats showing that in recent years Black students accounted for 66% of police contacts despite making up just 36% of the CPS population, while the rate of contacts for Black girls was seven times higher than that of White girls.

Board member Elizabeth Todd-Breland, who presented the motion on Wednesday’s agenda, spoke forcefully during the meeting about the need to “dismantle, not reform” the school-to-prison pipeline.

“This is a deep institutional and systemic problem that requires a systemic response and transformation,” she said. “It is not enough to reform or make a better trained or kinder school-to-prison pipeline. We must dismantle the school-to-prison and this requires the removal of SROs from our schools.”

The Chicago Teachers Union and activist groups in the city have called not only for the termination of the police contract, but also for CPS to reinvest that $33 million into its schools so they can afford additional staffing, restorative justice programs and wraparound services.

“The exact same communities that are most affected by those harmful policies, by the school-to-prison pipeline, are the communities to which we offer police as role models, to which we offer police to keep us safe in our schools,” CTU President Jesse Sharkey told the board Wednesday. “What we really need is youth intervention specialists, counselors and understanding that goes beyond punishment and doing harm.”

The contract has been the subject of several student-led protests in recent weeks, including a teach-in organized by youth activists outside del Valle’s home Wednesday morning before the board’s vote. Chicago police responded to that site after receiving a call about protesters causing a noise disturbance. Two of those protesters later called in to the board meeting and loudly chanted their calls to terminate the contract. 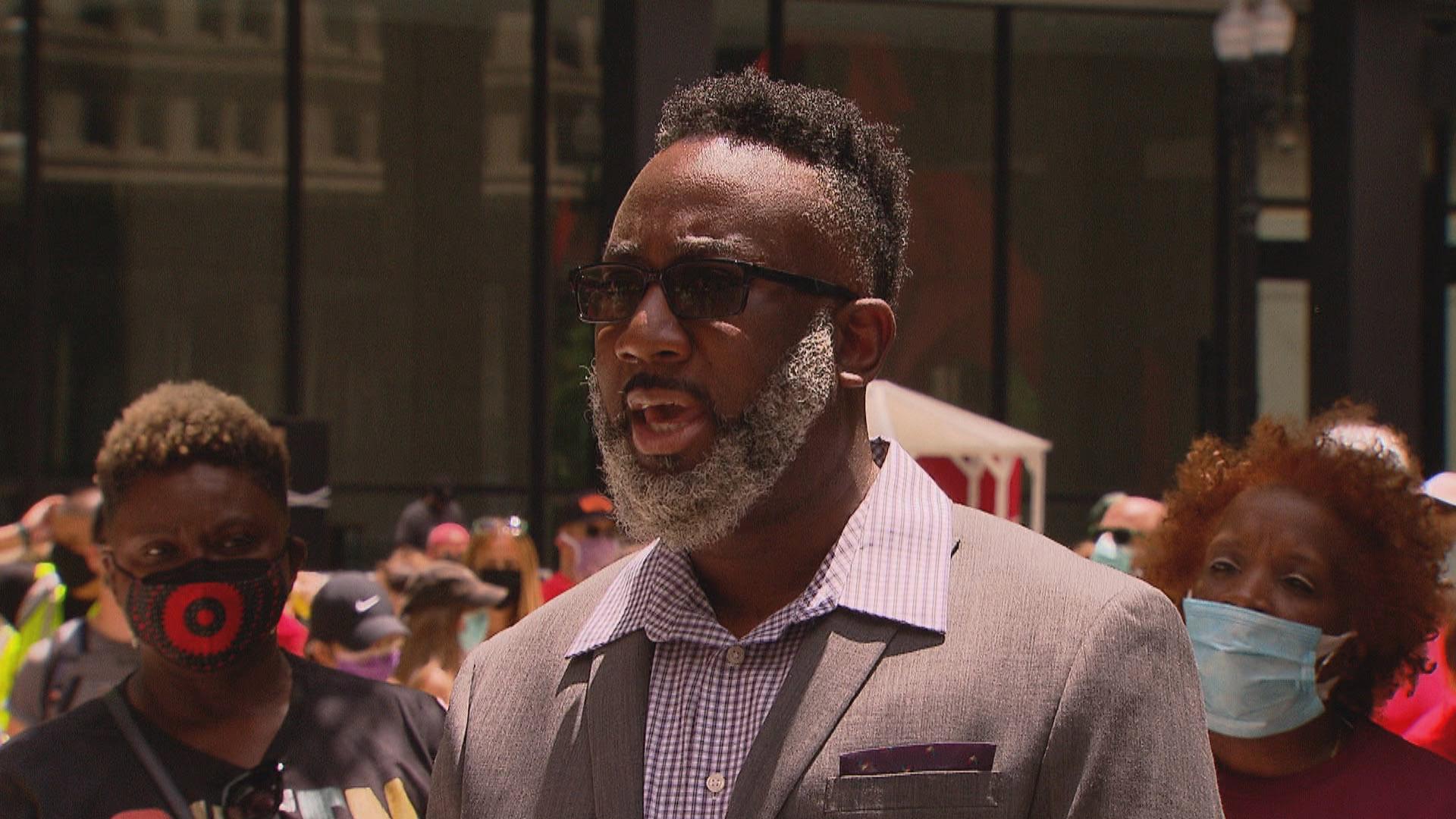 The union also organized a march Wednesday afternoon featuring Laurentino Howard, whose daughter was dragged down a flight of stairs and tasered by officers during an incident inside Marshall High School last year.

“This was a school disciplinary issue that should have been handled by school staff, instead the police brutalized my daughter and she is forever traumatized,” he wrote in an open letter to CPD Superintendent David Brown and others. “The officers did not follow even the most basic rules of conduct. That is why students must have #policefreeschools immediately. No child should ever have to endure what my daughter did.”