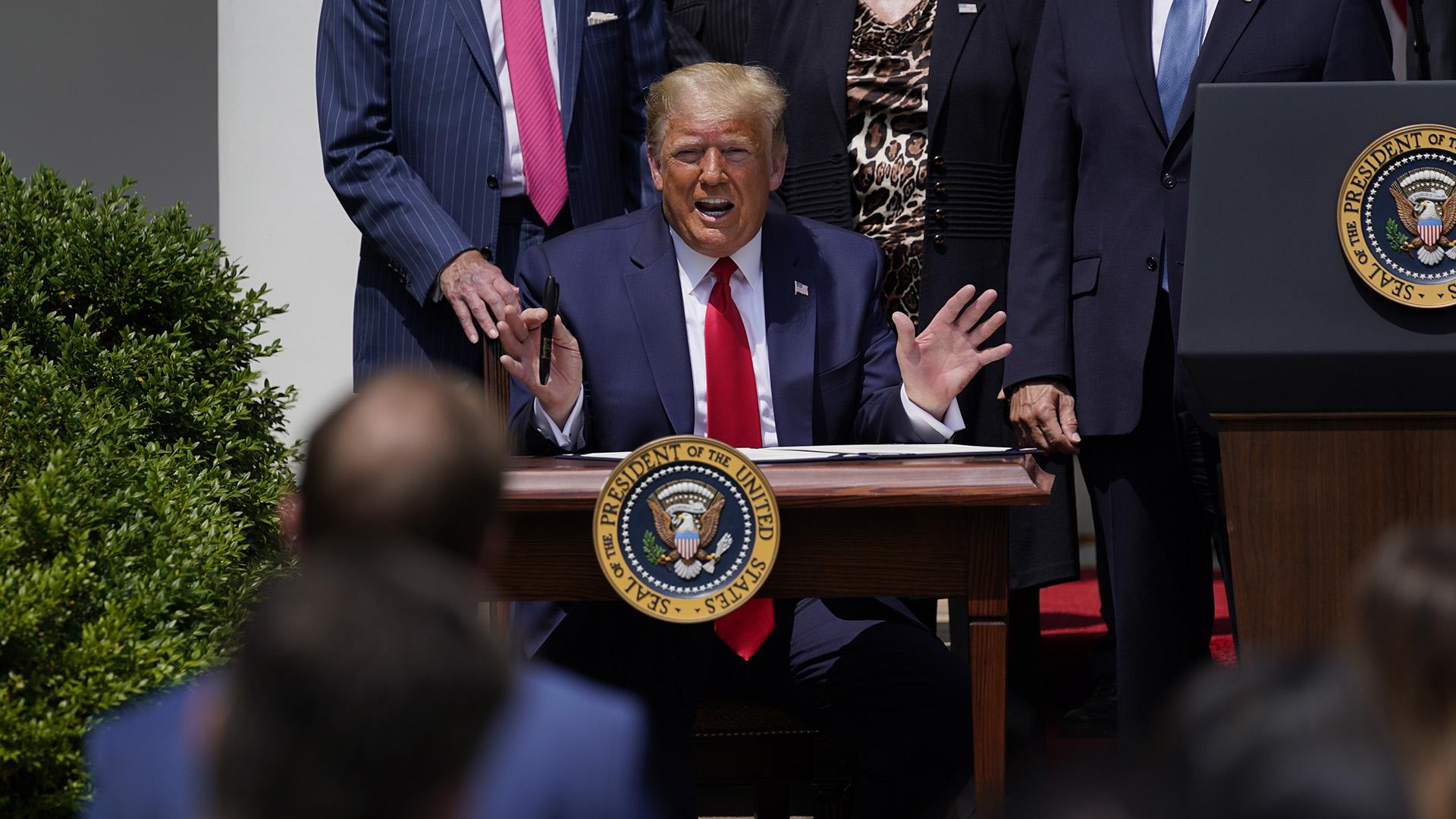 President Donald Trump speaks as he signs the Paycheck Protection Program Flexibility Act during a news conference in the Rose Garden of the White House, Friday, June 5, 2020, in Washington. (AP Photo / Evan Vucci)

WASHINGTON (AP) — President Donald Trump took a victory lap Friday morning after the government reported surprising job gains for last month, seizing on the data to predict that the worst of the coronavirus pandemic and its economic disruption was in the rear-view mirror.

The unemployment rate dropped to a better-than-expected 13.3%, but that is still on par with what the nation witnessed during the Great Depression.

With the country in upheaval over the death of George Floyd, Trump said that an economic rebound was his answer to racial inequality, saying it “is the greatest thing that can happen for race relations.”

Trump spoke from the Rose Garden hours after the Labor Department said that U.S. employers added 2.5 million workers to their payrolls last month. Economists had been expecting them instead to slash another 8 million jobs amid the ongoing fallout from the response to the pandemic.

“This shows that what we’ve been doing is right,” Trump said of the jobs numbers. “This is outstanding what’s happened today.”

Trump spoke nearly an hour and only briefly mentioned Floyd, the black man who died after a police officer pinned his neck down last week in Minneapolis. The president otherwise touted an economic recovery from the COVID-19 crisis that has disproportionately affected black Americans.

On the economy, Trump pitched himself as key to what he claimed would be a “rocket ship” rebound, and offered that as an argument for his reelection in November. “I’m telling you next year, unless something happens or the wrong people get in here, this will turn around,” Trump said.

It’s unclear how many jobs lost as a result of the pandemic are permanently lost, whether the reopenings in states will create a second surge of COVID-19 deaths. In addition, the report from mid-May doesn’t reflect the effect that protests across the nation have had on business.

Some economists forecast the rate could remain in the double-digits through the November elections and into next year.

Trump predicted a swift bounce-back for an economy that was largely shuttered to slow the spread of the virus, saying the economy would see a “very good” July and August and a “spectacular” fall. “We’ll go back to having the greatest economy anywhere in the world,” he said.

Trump also defended his handling of the pandemic, saying that had he not acted to recommend closings more than 1 million Americans would have died. More than 108,000 people are confirmed to have lost their lives due to COVID-19, according to a tally from Johns Hopkins University.

Now, though, Trump said states and cities should be lifting remaining restrictions. “I don’t know why they continue to lock down,” he said of some jurisdictions that have maintained closings.

“You do social distancing and you wear masks if you want,” Trump said, but added that states need to reopen.

Trump also claimed “tremendous progress” is being made by pharmaceutical manufacturers on developing vaccines and therapeutics for the virus.

The May job gain suggests that businesses have quickly been recalling workers as states have reopened their economies, but it may take months for all those who lost work in April and March to find jobs.

Trump also a signed an extension of the Paycheck Protection Program, the federal subsidy program that is helping keep millions on the job. The bipartisan law gives companies more flexibility in using funds from the forgivable federal loans to pay their workers and cover other qualified expenses. 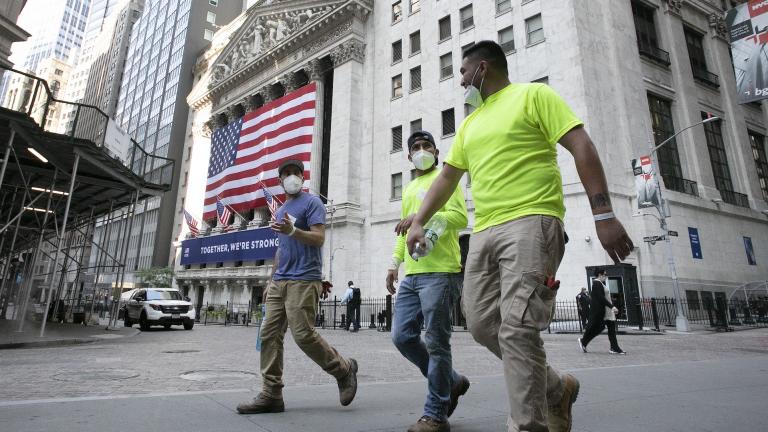 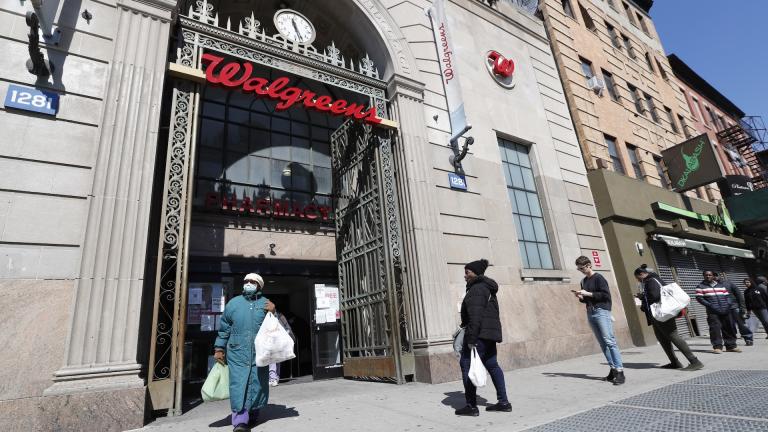