Police Board President: Officers Struck Me 5 Times With Their Batons During Protest 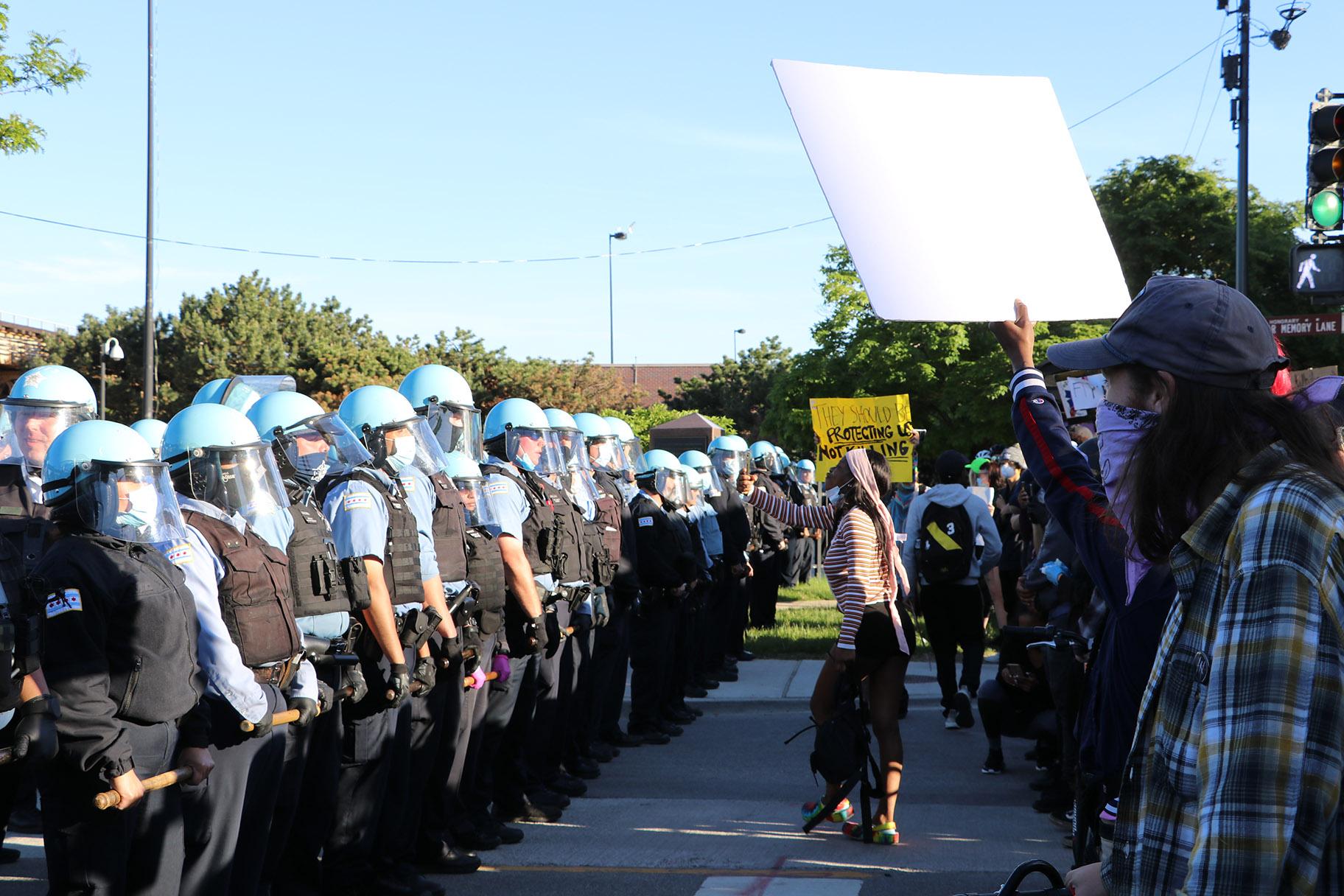 Chicago officers struck Chicago Police Board President Ghian Foreman five times on his legs with their batons during a protest on Sunday in Hyde Park that turned violent, Foreman told WTTW News.

Foreman filed a complaint with the Citizens Office of Police Accountability alleging that he was struck by at least one officer during a protest sparked by the death of George Floyd in the custody of Minneapolis police, said Ephraim Eaddy, a spokesperson for the agency.

Foreman’s complaint, which identifies the officer Foreman said struck him, is one of 344 complaints of police misconduct filed with COPA between midnight May 29 and 7 a.m. Friday, Eaddy said. The complaint itself is confidential.

Foreman said he had two bruises on his legs where he was struck while protesting police brutality on 47th Street, not far from his Hyde Park home.

“It hurts bad,” Foreman said, adding that the pain of the bruises paled in comparison with the pain felt by his wife and mother when they learned he had been injured by police.

Mayor Lori Lightfoot said she urged Foreman to file a complaint after she learned of the incident Sunday afternoon.

“There is no reason that that should have happened,” Lightfoot said. “What happened to him is unacceptable.”

Lightfoot has repeatedly said she will not tolerate officers “crossing the line” and will hold them accountable.

But the mayor said Friday night “we are seeing evidence” some officers had done just that.

“We will not tolerate that,” Lightfoot said.

Officers who violate the rules do not “share our values” and they will be removed from the police department, Lightfoot said.

Chicago police Superintendent David Brown spoke personally with Foreman after the incident, according to a statement from the Chicago Police Department.

“If any officer is found to have participated in excessive force, they will be held accountable,” according to the department’s statement.

Foreman said he was not the only person struck by police after they ordered the crowd to disperse. Activist Malcolm London was arrested after the same protest and charged with disorderly conduct.

Foreman said he saw officers strike many “young people in their mid 20s” with their batons while trying to disperse the protest.

“I don’t know what was the straw that broke the camel’s back” and the protest turned violent, Foreman said. “Everyone lost their humanity for a moment.”

Foreman said he tried to diffuse confrontations between police officers and protesters, telling at least one officer to stop “cursing out a protester” while telling protesters to be calm.

Officers’ use of force to disperse the protest could have been justified at points, Foreman said.

Foreman said he was not angry with Chicago police.

“What would that accomplish?” Foreman asked. “It would not get us anywhere.”

Foreman said he would use his experience — which he called “traumatic” — to improve his work on the police board.

“I have a better idea of how to improve all of this,” Foreman said.

Hours before he said he was struck by at least one officer, Foreman joined Lightfoot and Brown at a news conference Sunday morning where he grew emotional and praised the “professionalism” of officers the previous night.

“Being the president of the police board, the buck stops with me when it comes to police accountability, and I take that very seriously,” Foreman said.

Foreman said he understood the frustration of the community, but also said he would not have been as restrained as he saw officers being when confronted by protesters.

Foreman has been a member of the police board since 2010. In May 2018, former Mayor Rahm Emanuel appointed him to replace Lightfoot as president of the board after she resigned to run for mayor.

The police board must act to confirm or reject decisions made by the superintendent to terminate an officer or suspend an officer for more than 30 days. The board must also resolve disputes between COPA and CPD if the agencies disagree on how to discipline a police officer.