Trump Deems Churches ‘Essential,’ Calls for Them to Reopen 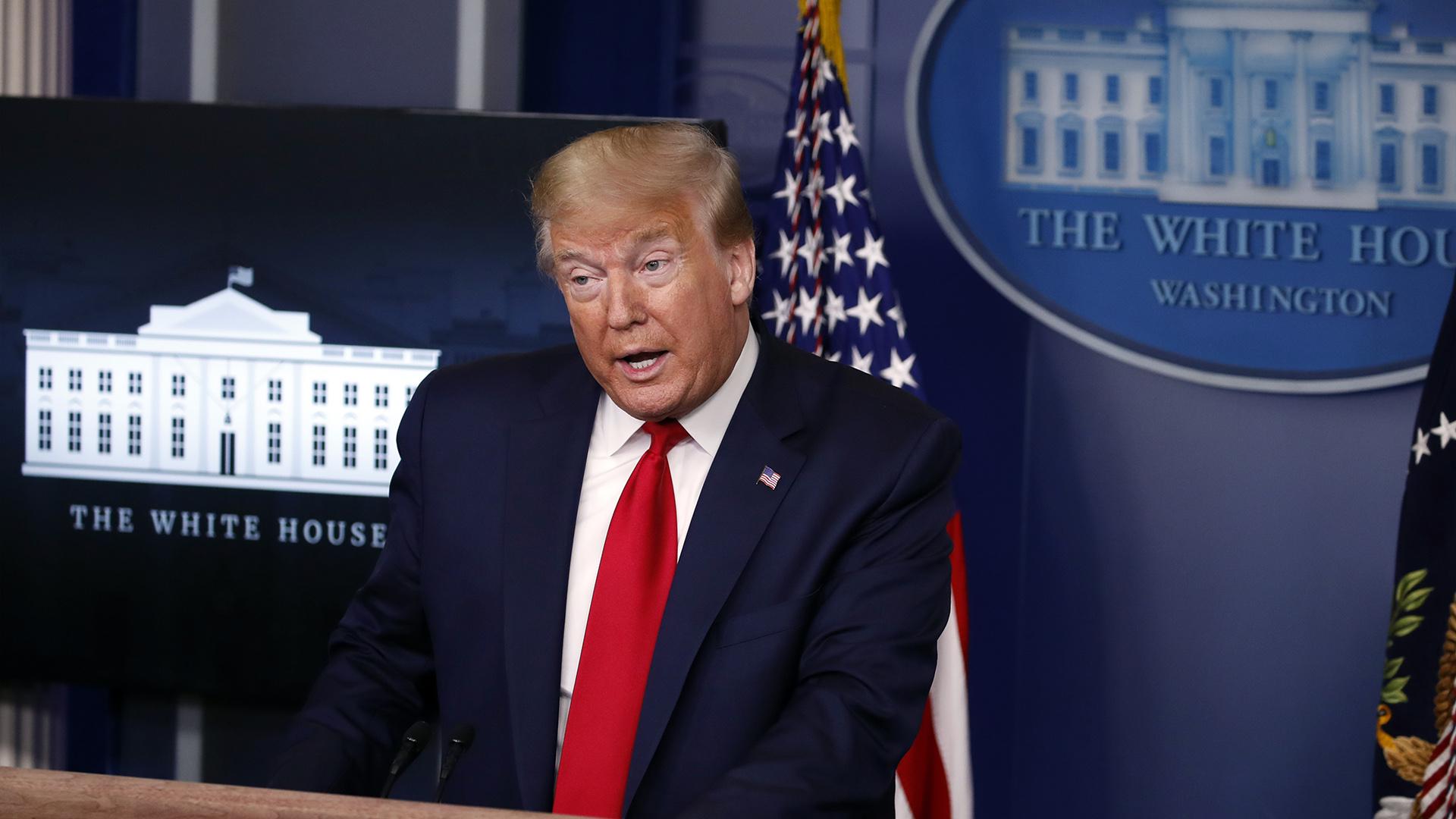 President Donald Trump speaks with reporters about the coronavirus in the James Brady Briefing Room of the White House, Friday, May 22, 2020, in Washington. (AP Photo / Alex Brandon)

WASHINGTON (AP) — President Donald Trump said Friday that he has deemed churches and other houses of worship “essential” and called on governors across the country to allow them to reopen this weekend despite the threat of spreading the coronavirus.

“Today I’m identifying houses of worship — churches, synagogues and mosques — as essential places that provide essential services,” Trump said during a hastily arranged press conference at the White House, where he didn’t take questions. He said if governors don’t abide by his request, he will “override” them, though it’s unclear what authority he has to do so.

The Centers for Disease Control and Prevention had prepared a draft of reopening guidelines for churches and other houses of worship weeks ago that included measures like maintaining distance between parishioners and limiting the size of gatherings.

But that guidance had been delayed for more than a month by the administration until Trump abruptly reversed course Thursday.

“I said, ‘You better put it out.’ And they’re doing it,” Trump said Thursday at a Ford Motor Co. plant repurposed to make ventilators in Michigan. “And they’re going to be issuing something today or tomorrow on churches. We’ve got to get our churches open.”

It is unclear what the final guidelines will say, but public health agencies have generally advised people to avoid gatherings of more than 10 people and encouraged Americans to remain 6 feet away from others when possible.

Trump, who has been pushing for the economy to reopen even as the virus continues to spread, on Friday stressed the importance of churches in many communities and took issue with other businesses and services that have been allowed to continue to operate.

“Some governors have deemed liquor stores and abortion clinics as essential” but not churches, he said. “It’s not right. So I’m correcting this injustice and calling houses of worship essential.”

“These are places that hold our society together and keep our people united,” he said.

Churches have the potential to infect large groups of people if precautions aren’t taken. A church in Northern California that defied the governor’s orders and held a service on Mother’s Day was attended by a person who later tested positive for the coronavirus, exposing more than 180 churchgoers.

Dr. Deborah Birx, the coordinator for the White House’s coronavirus task force, said that faith community leaders should be in touch with their local health departments and can take steps to mitigate risks, including making sure those who are at high risk of severe complications remain protected.

“There’s a way for us to work together to have social distancing and safety for people so we decrease the amount of exposure that anyone would have to an asymptomatic,” she said.

White evangelical Christians have been among the most loyal members of the president’s base, and the White House has been careful to attend to religious communities’ concerns over the course of the crisis, including holding numerous conference calls with them.

A person familiar with the White House’s thinking who spoke on condition of anonymity to discuss internal deliberations said Trump had called the news conference, which had not been on his public schedule, because he wanted to be the face of church reopenings, knowing how well it would play with his base.

Churches around the country have filed legal challenges to the virus closures. In Minnesota, after Democratic Gov. Tim Walz this week declined to lift restrictions on churches, Roman Catholic and some Lutheran leaders said they would defy his ban and resume worship services. They called the restrictions unconstitutional and unfair since restaurants, malls and bars were allowed limited reopening.

The CDC more than a month ago sent the Trump administration documents the agency had drafted outlining specific steps various kinds of organizations could follow as they work to reopen safely.

The administration first shelved the documents but eventually released guidance for six other types of organizations, but not houses of worship. A Trump administration official had said there had been concerns about the propriety of the government interfering with the operation of places of worship.

Roger Severino, director of the Office for Civil Rights at the Department of Health and Human Services, argued that “protections against religious discrimination aren’t suspended during an emergency.”

Two senior administration officials, speaking on condition of anonymity to discuss private deliberations, concerns about religious freedom had since been resolved.