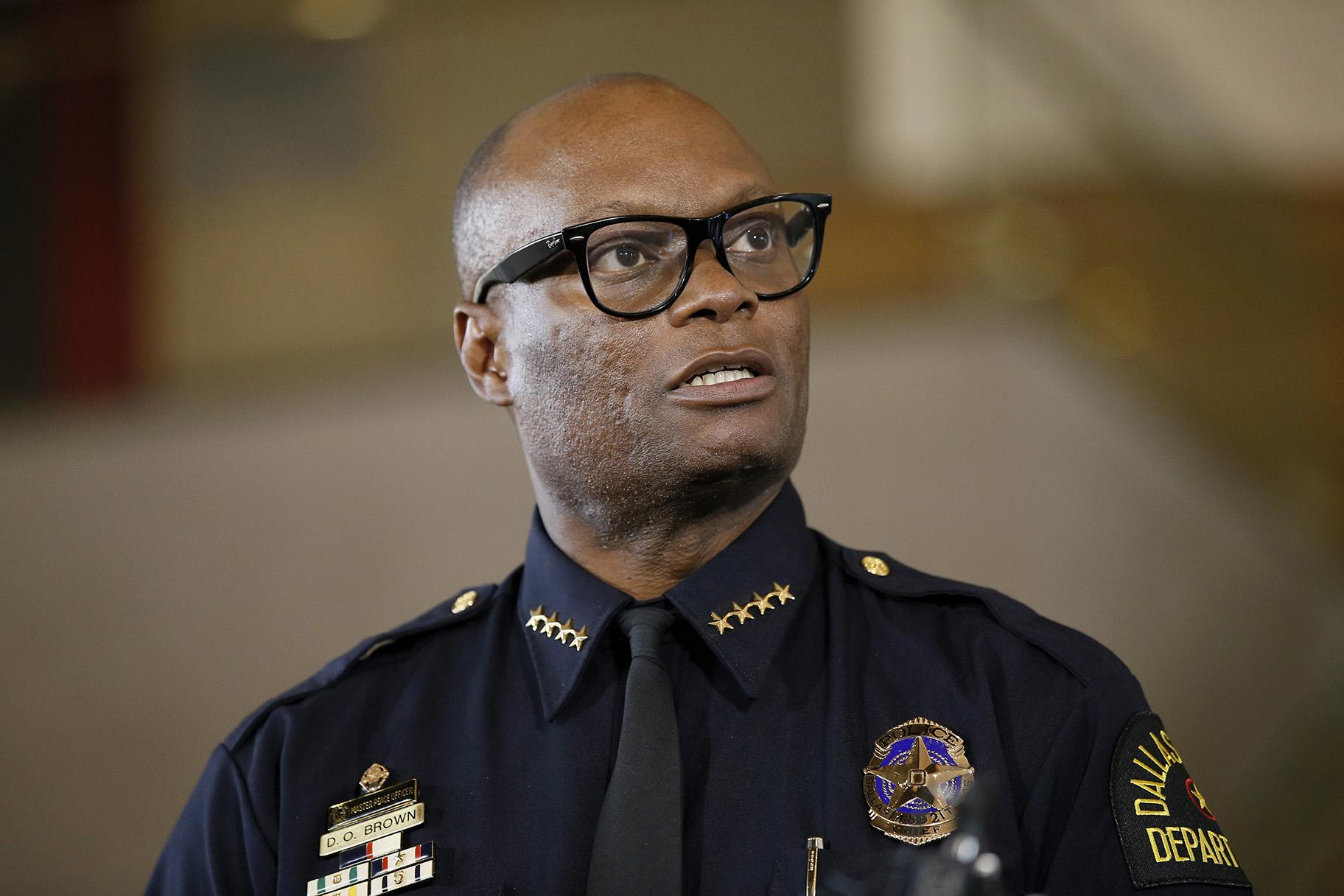 Lightfoot introduced Brown as the next superintendent of the Chicago Police Department during a news conference, saying he’s the right man for the job.

“We are Chicago and we deserve the best. And in this time, this moment, David Brown is the absolute best.”

The announcement came hours after Lightfoot announced that a member of the police force had died of COVID-19, the disease caused by the coronavirus and the news conference was tinged with sadness — with Lightfoot pointing out that, just as Beck had this week to deal with the loss of one of his officers, Brown has known the pain of losing a fellow officer.

“Death has come directly to David Brown’s doorstep,” said the mayor, who spoke of Brown losing a former partner and other officers under his command, and even his son and a brother to gun violence.

Brown, who was one of two African Americans named as a finalist for the job, has more than 30 years of experience in law enforcement. The 59-year-old Brown, who retired from the Dallas force in 2016, drew widespread attention that year after five of his officers were killed in an ambush-style rifle attack and he directed officers to kill the suspect using a remote-controlled robot fixed with explosives.

Brown was the only of the three finalists with experience leading a large police force. One of the other finalists was Kristen Ziman, the police chief in the Chicago suburb of Aurora. The third was Ernest Cato, a deputy chief on the Chicago police force. Cato, who is also African American, was only recently promoted to deputy chief by Beck. Still, it will be an adjustment from Brown, who comes from a department of about 3,500 officers to one with about 13,000.

Brown’s experience made him the logical choice for Lightfoot, with the mayor saying one of the things that most impressed her about Brown was that he implemented many of the reforms in Dallas that Chicago department is now trying to implement. But he’s also an outsider who is far less familiar than the other two candidates. And he also comes to a police department where the rank-and-file has not always welcomed outsiders. Both Jody Weis, a former FBI special agent, and Garry McCarthy, a former high ranking member of the New York City Police Department, were not popular with the troops.

Brown said his experience and devotion to his job, along with the officers in his command, would help him as a leader.

“My life and career has taken place in the city of Dallas but the call to service … is one that is heard across the nation, and it is that call that has driven everything that I have done in my career as an officer and as a public servant,” he said.

Brown’s selection comes as Beck and Johnson before him scrambled to regain public trust that was shattered in large part by the late-2015 release of a video of a white police officer shooting a black teenager, Laquan McDonald, 16 times the year before. The officer, Jason Van Dyke, was later convicted of murder and sent to prison, but the handling of the shooting by the department and City Hall led to the firing of then-Superintendent Garry McCarthy, a federal probe and a host of reforms.

The department has also faced a period of uncertainty since late last year. In December, just days after Johnson announced his retirement and Lightfoot named Beck as the interim superintendent, the mayor abruptly fired Johnson. Citing what she called “ethical lapses” on Johnson’s part, Lightfoot said that Johnson had lied to her about an incident in October in which Johnson was found asleep at the wheel of his vehicle after having drinks.

She said Johnson’s explanation was fundamentally different than “what the facts show,” with subsequent revelations that Johnson could be seen on surveillance video drinking with a woman who was not his wife at a downtown bar — something Johnson did not tell the mayor.

Beck made it clear from the beginning that he did not want to be the permanent superintendent, and Lightfoot initiated a national search that led to 25 people applying for the job before the police board whittled that number down to three finalists.

Brown’s appointment must be approved by the City Council. Lightfoot said she hoped that would happen and Brown would be on the job by the end of the month.