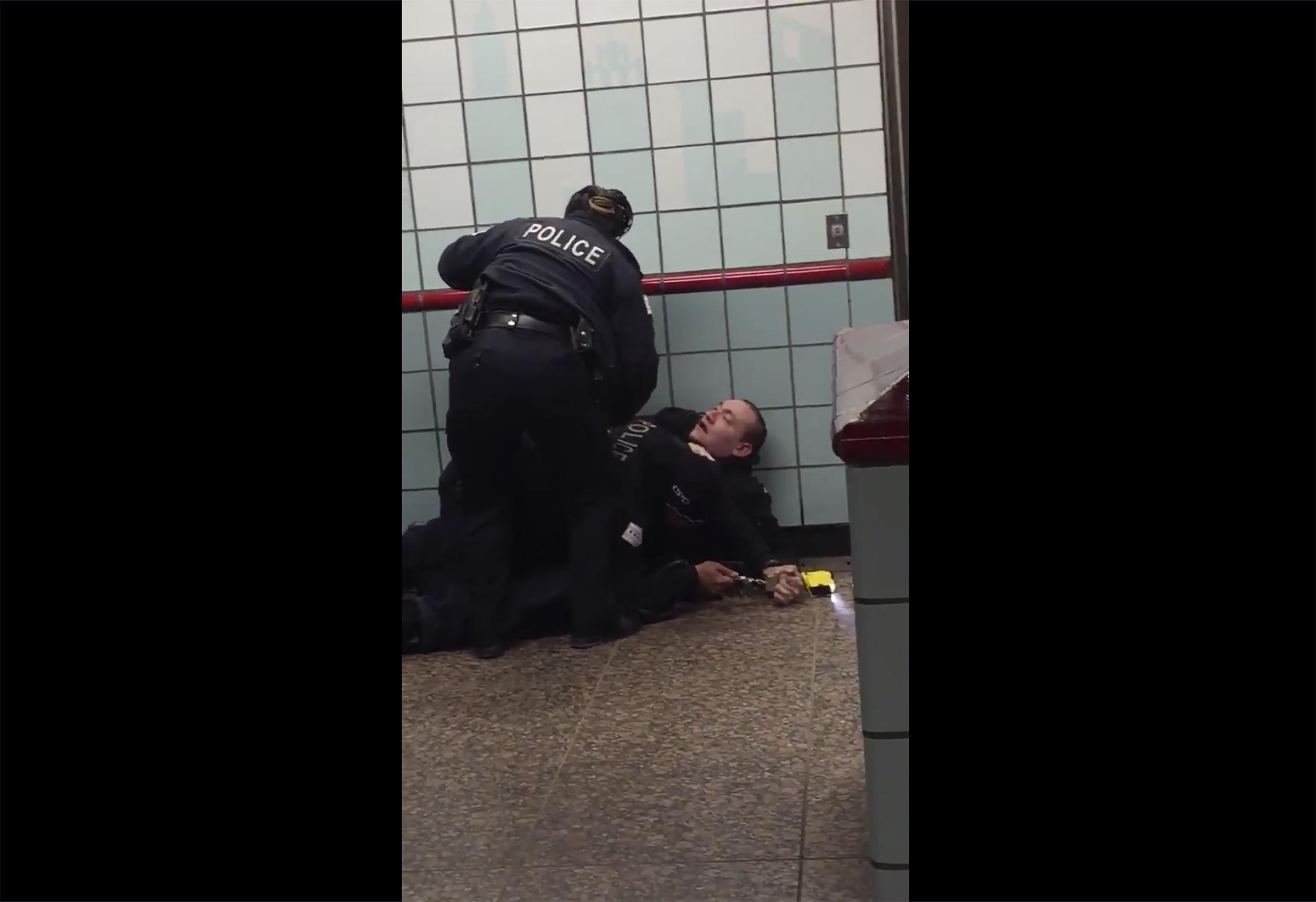 Neither officer seeking to detain 33-year-old Ariel Roman — whose Feb. 28 shooting in a busy subway station was captured in bystander video widely viewed online — was properly trained before their deployment as part of a city bid to reduce violent crime on Chicago Transit Authority lines, according to the filing in U.S. District Court.

The 12-page suit says the city hired the officer who shot Roman knowing she had been arrested in 2015 for assaulting a fast-food restaurant worker. And it says her partner should have intervened to stop her but instead could be heard telling her, “Shoot him!”

The shooting came the same day that Mayor Lori Lightfoot announced in response to a spike in crime on the CTA system that dozens more officers from the 13,000-officer force would be assigned to trains and platforms, including along the Red Line where Roman was shot.

Minutes before the shooting, officers riding the same train as Roman saw him walking from one subway car to another, which is illegal under city ordinance. His lawyers say he’d decided to move from car to car as a way to alleviate anxiety he was feeling that afternoon.

When he stepped off the train at the Grand station stop, the officers followed him, then tackled, pepper sprayed and tased him as he tried to wriggle from their grasp. In the video, Roman can be heard saying, “I did nothing to you.” A male officer on his back keeps yelling, “Stop resisting!”

The filing says Roman, of Chicago, clearly wasn’t armed when the female officer then shot him in the stomach. When the injured Roman then tried to scurry up an escalator, she also shot him in the buttocks.

A photograph released by his lawyers Wednesday show Roman in a hospital bed with a fresh, 20-inch-long scar from his pelvis to his chest. Rodriquez says her client remains hospitalized and will require additional surgery, including to remove the second bullet that lodged near a sciatic nerve. The first bullet damaged his small intestine and bladder, she said.

The lawsuit names the city and the two officers, who will be represented by city lawyers. It seeks unspecified damages for Roman’s injuries, and for pain and emotional distress.

The city’s law department declined comment. Lightfoot has said previously that video of the shooting was “extremely disturbing.”

A federal judge last year approved a far-reaching plan, called a consent decree, for court-supervised reforms of the beleaguered Chicago Police Department. The action came in the wake of a damning U.S. Justice Department report that found a history of racial bias and excessive use of force by Chicago police.

“This shooting is a significant example of police not complying with the consent decree,” said another of Roman’s lawyers, Andrew M. Stroth. “They failed to de-escalate when someone only violated a city ordinance and who they knew wasn’t armed.”

Beck last week stripped the two officers of their police powers pending the outcome of an investigation. Both officers could themselves face criminal charges if investigators deem the shooting unjustified.

The Fraternal Order of Police, the officers’ union, reacted angrily to Beck’s decision to strip the two officers of their police powers, saying the investigation should play out first. 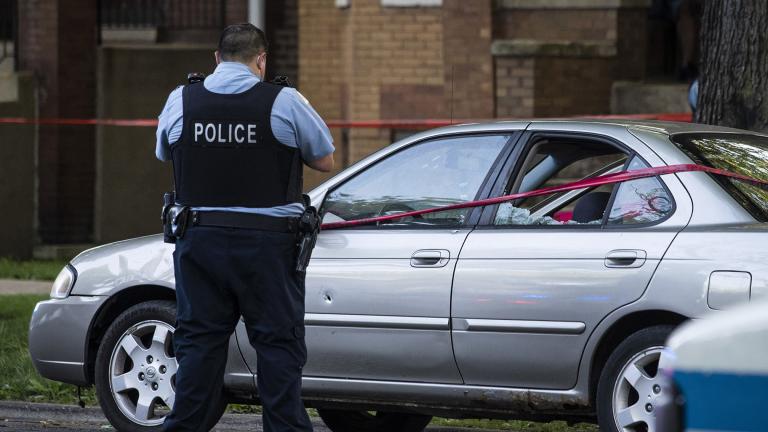