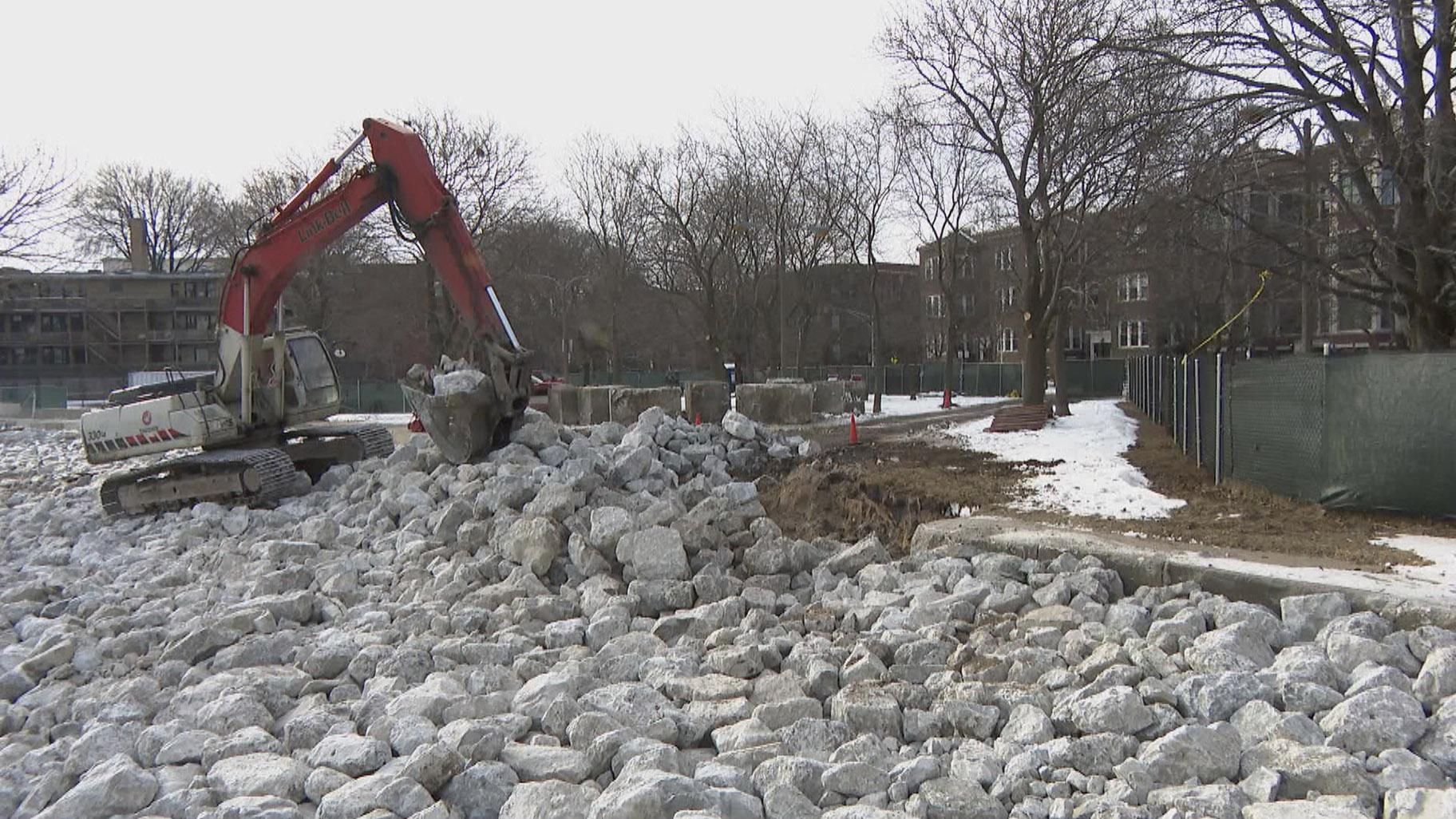 Boulders have replaced beaches along the lakefront, as part of the city’s efforts to mitigate shoreline damage. (WTTW News)

Declaring recent damage to Chicago’s lakefront a “challenge we can’t solve alone,” Mayor Lori Lightfoot this week issued a local disaster proclamation with the expectation that similar action on the state and federal level will follow, accompanied by funding that will not only support recovery from January’s severe storms but also help mitigate future devastation.

The proclamation is linked to the flooding and major damage to Chicago’s shoreline, infrastructure and recreational areas that occurred last month, when winds in excess of 50 mph and waves as high as 23 feet pummeled the city’s lakefront beaches, parks and residential communities.

“One of Chicago’s strongest assets is our lakeshore, and due to the severity of recent storms we’ve witnessed irreparable damage to our lakefront beaches and infrastructure,” said Lightfoot. “To respond to the immediate challenges facing our lakefront as highlighted by the storm on January 10-11, we have declared disaster status to ensure Chicago receives the supports needed for addressing the scope of this issue for the long term. We remain committed to working with all stakeholders at the state and federal level in order to protect and preserve this vital piece of Chicago’s landscape.”

Following a request from Lightfoot, Gov. J.B. Pritzker this week issued a state proclamation for Cook and Lake counties that authorizes the Illinois Emergency Management Agency (IEMA) to coordinate state resources to assist in response and recovery as well as request federal resources and assistance. City and state officials will work together to gather the information needed to support a federal major disaster declaration.

The city has already undertaken numerous steps to prevent further erosion and protect infrastructure along the lakefront. More than 5,000 feet of jersey barriers and 1,000 feet of sandbags have been installed at vulnerable locations on the north and south shorelines to guard against flooding. More than 10,000 cubic yards of rip rap have been installed over the last two months at Juneway, Howard and Rogers beaches on the Far North Side to halt further damage and erosion, and city departments are coordinating with the Army Corps of Engineers to install rip rap from 48th to 50th Streets starting in March, according to a statement from the mayor’s office.