‘Impartial Justice’? What to Watch in Trump’s Senate Trial 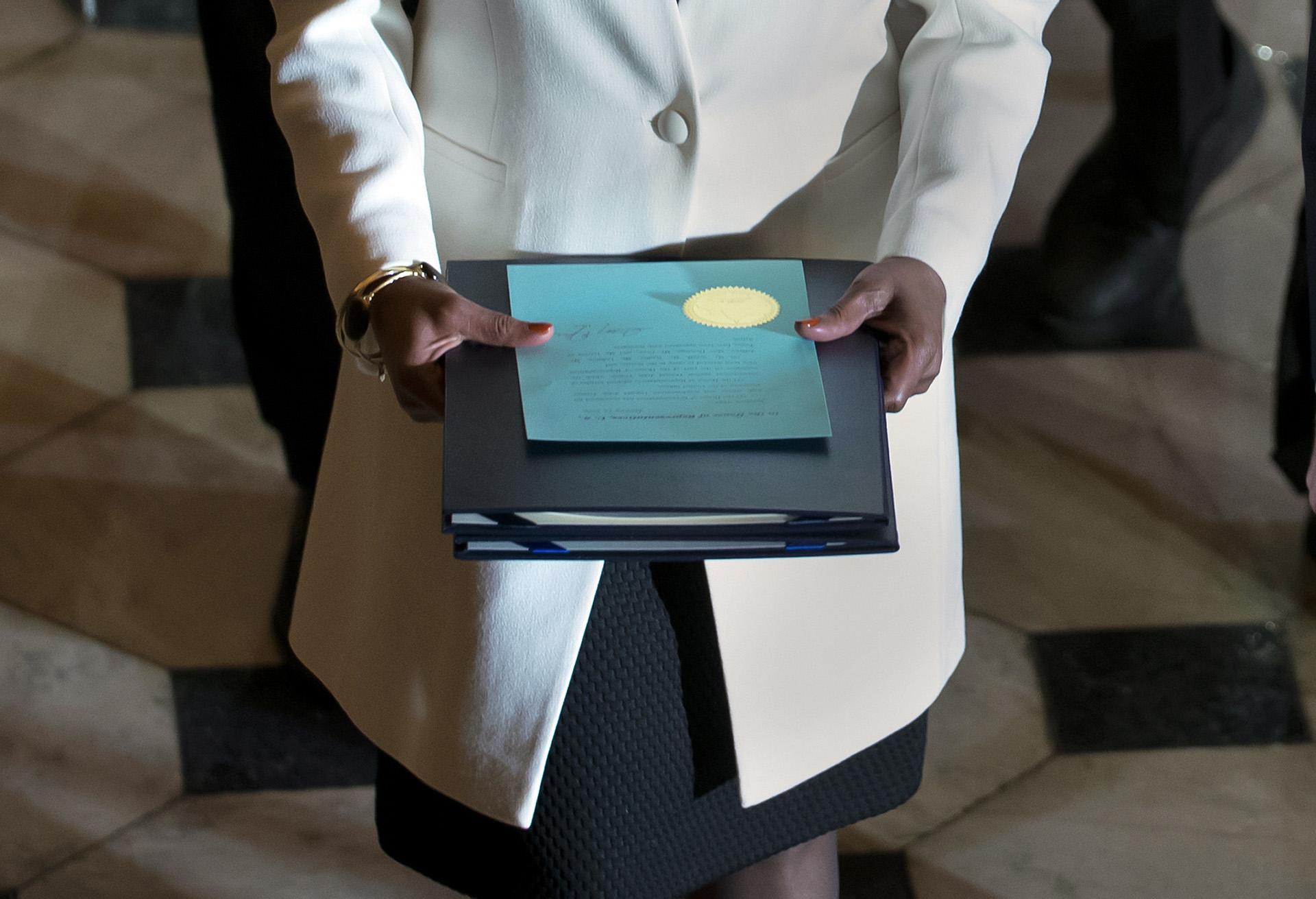 Clerk of the House Cheryl Johnson carries the articles of impeachment against President Donald Trump to the Senate, on Capitol Hill in Washington, Wednesday, Jan. 15, 2020. (AP Photo / J. Scott Applewhite)

WASHINGTON (AP) — The impeachment of President Donald Trump is the Senate’s challenge now.

Directed by the Constitution, House officials and prosecutors somberly carried the articles through the dimly lit Capitol to the Senate on Wednesday evening, triggering a trial unlike any since President Bill Clinton’s in 1999. He was acquitted.

Look Thursday for a series of striking ceremonial matters to set up the Senate as a court of impeachment. Oaths will be taken. An oath book will be signed. And the seven House prosecutors, called managers, appointed by Speaker Nancy Pelosi will make an appearance in the well of the Senate to present the articles.

Then the senators will be commanded to surrender their phones, pay attention and not talk — a whole other level of challenge, especially for the four Democrats running for president ahead of the Feb. 3 Iowa caucuses.

What to watch when the Senate opens for impeachment business:

HOUSE MEMBERS IN THE SENATE

At noon Thursday, the seven House managers will again cross the Capitol and be escorted into the well of the Senate, this time to formally present the articles of impeachment. They charge Trump with abuse of power by pressuring Ukraine to help him politically and obstructing Congress’s probe into what happened.

All have backgrounds in the law. Their challenge is to persuade four Republicans to join all Senate Democrats in demanding that the trial include new documents and witnesses most in the GOP senators would like to avoid. Even that modest goal could prove difficult.

Watch for the managers to start dividing up topics and arguments as the team prepares to lay out its case.

In another extraordinary visual, Chief Justice John Roberts will make an appearance in the chamber. Senate Pro Tempore Chuck Grassley of Iowa will administer Roberts’ oath as the court’s presiding officer. Roberts, in turn, will swear in the senators, Senate Majority Leader Mitch McConnell said.

The senators will swear to administer “impartial justice” on the articles, or charges. But already, the senator-jurors are questioning whether that’s possible.

McConnell has given his flat-out answer.

“I’m not an impartial juror,” he declared last month. The process is inherently political.

He also said he’s coordinating tightly with the White House, a statement Democrats said was proof of McConnell’s partiality. Republicans, meanwhile, have pointed out that Democrats have widely spoken of their disdain for Trump and cast doubt on his fitness for office.

Late Wednesday, McConnell laid out how he sees the challenge for senators.

“We will pledge to rise above the petty factionalism and do justice for our institutions, for our states and for the nation,” he said.

100: The total number of senators.

51: The number of senators who must agree on almost anything to make it happen during an impeachment trial.

Four: The number of Republican senators who must join Democrats to get to the magical 51.

2/3: The proportion of senators required to convict and remove a president from office. So 67 members of the Senate would have to vote to convict if every senator is voting.

Watch the moderates for an emerging gang of three to four who could influence the outcome on such matters as whether to subpoena former national security adviser John Bolton. That vote won’t be taken for days if not weeks.

Republican Sen. Susan Collins of Maine has been meeting with a small number of GOP colleagues who want to consider witness testimony and documents that weren’t part of the House impeachment investigation. Watch Republican Sens. Mitt Romney of Utah, Lamar Alexander of Tennessee and Lisa Murkowski of Alaska for signs of whether this group can stick together and force the Senate to consider additional material.

Senators love to talk. So the impeachment trial rule against speaking or consulting their phones on the Senate floor has the potential to chafe.

None more so, however, than the four Democratic senators forced to decamp from Iowa less than three weeks before the election’s leadoff caucuses. Look for Sens. Elizabeth Warren of Massachusetts, Bernie Sanders of Vermont, Amy Klobuchar of Minnesota and Michael Bennet of Colorado to send surrogates to Iowa or make short trips back and forth.

“I’ve told them this trial is your responsibility as senators and scheduling is not going to influence what we should do,” Senate Democratic leader Chuck Schumer told The Associated Press in an interview last month. He said none of them objected. “There are benefits of running as a senator,” Schumer added, “and there are liabilities.”

The Senate is pausing for the Martin Luther King Jr. weekend. 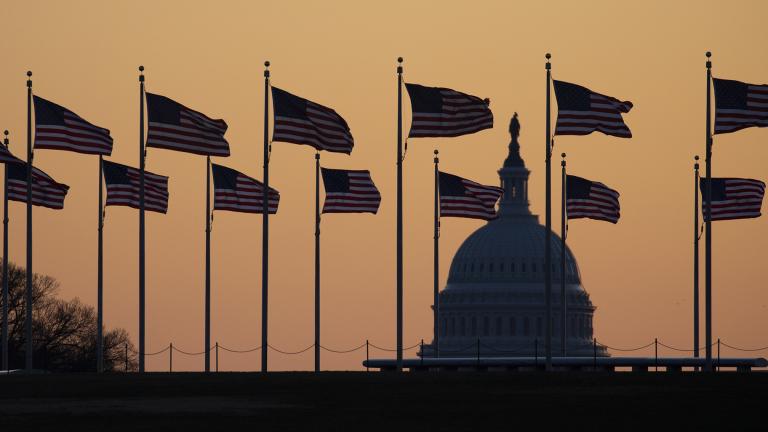 Who’s Who on Trump’s Legal Team for Impeachment Trial