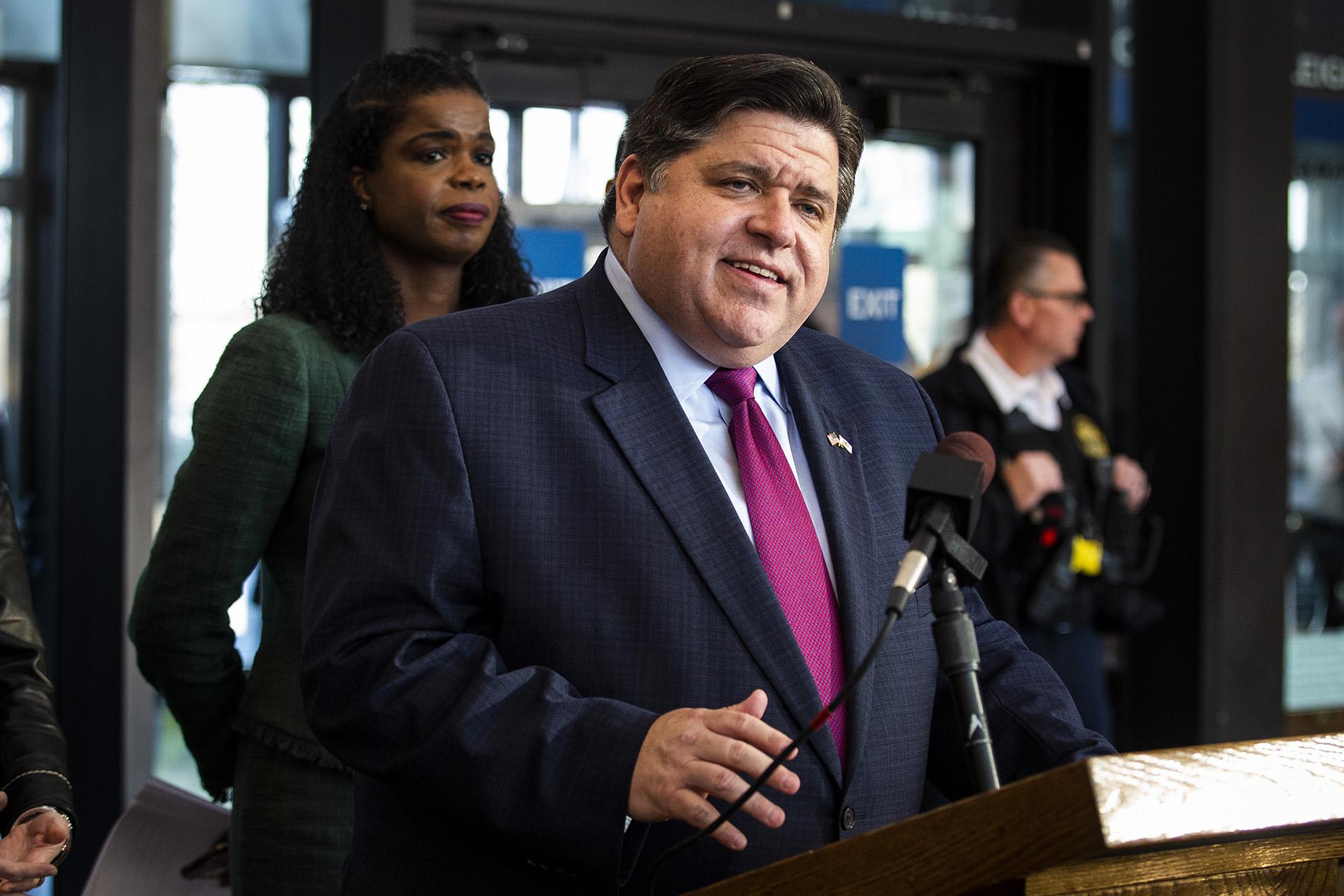 CHICAGO (AP) — Illinois’ governor granted more than 11,000 pardons for low-level marijuana convictions on Tuesday, describing the step as a first wave of thousands of such expungements anticipated under the state’s new marijuana legalization law.

The expungement process is a key part of the law, which takes effect Wednesday and made Illinois the 11th state to legalize marijuana for people 21 or older. When they crafted the policy, Illinois lawmakers said they wanted to repair some of the damage caused by law enforcement’s efforts to combat sale and use of the drug, particularly in minority communities.

Democratic Gov. J.B. Pritzker announced the pardons at a church on Chicago’s South Side. He said clearing the misdemeanor offenses from individuals’ records will make it easier for them to get jobs, housing and financial aid for college.

State officials estimate that 116,000 convictions involving 30 grams or less of marijuana, including for possession of the drug, are eligible for pardons under the new law. Illinois State Police are responsible for identifying those convictions and sending the records to the state’s Prisoner Review Board, which then forwarded eligible cases to the governor’s office for pardons.

“We are ending the 50-year-long war on cannabis,” Pritzker said in a statement. “We are restoring rights to many tens of thousands of Illinoisans. We are bringing regulation and safety to a previously unsafe and illegal market. And we are creating a new industry that puts equity at its very core.”

Other states that have begun permitting marijuana’s sale and use created procedures for people to expunge minor drug offenses, but Illinois officials wanted the process to be almost automatic for people with non-violent marijuana arrests or convictions on their records.

“We know that Black Illinois residents are far more likely to be arrested and convicted for marijuana possession than whites,” said Ben Ruddell, criminal justice policy director for the American Civil Liberties Union of Illinois. “This is a good step forward as we begin the legal sales of recreational marijuana.”

Pritzker’s office said 92 of the state’s 102 counties are represented among the pardons announced Tuesday.

“The 11,017 pardons that Gov. Pritzker is granting today are thousands of lives forever changed — and hundreds of thousands more will be changed in the coming months,” said  Toi Hutchinson , a former state senator who now is an adviser to Pritzker on marijuana policy. “Those who were unfairly targeted by discriminatory drug laws can finally get ahead and build a new future for themselves and their families.”

Some people still will have to act independently to have marijuana convictions expunged. People who have been convicted of offenses involving between 30 and 500 grams of marijuana in Illinois can file court petitions to clear those records. Local prosecutors and legal aid organizations also can take that step independently.

State officials estimate that 34,000 records are eligible for that process.

Law enforcement agencies have a five-year period to expunge records of minor marijuana arrests that did not result in a conviction, starting with the most recent cases.

Illinois regulators said more than 40 dispensaries have been issued licenses to sell recreational marijuana starting Wednesday, but not all of them plan to participate immediately. Industry leaders have warned consumers to expect long lines and potential shortages of products.

“This is Day One of the end of prohibition. This is not a finished product on Day One,” said Rep. Kelly Cassidy, a Chicago Democrat who sponsored the legislation in the House.

She noted that the Illinois law ensures that the needs of patients who depend on marijuana for medical use will be met. She says advocates have acknowledged since the beginning that supply will be an issue at first.

“There will always be hiccups,” she said.