‘Tough Year’ for Measles and Other Infectious Diseases in US 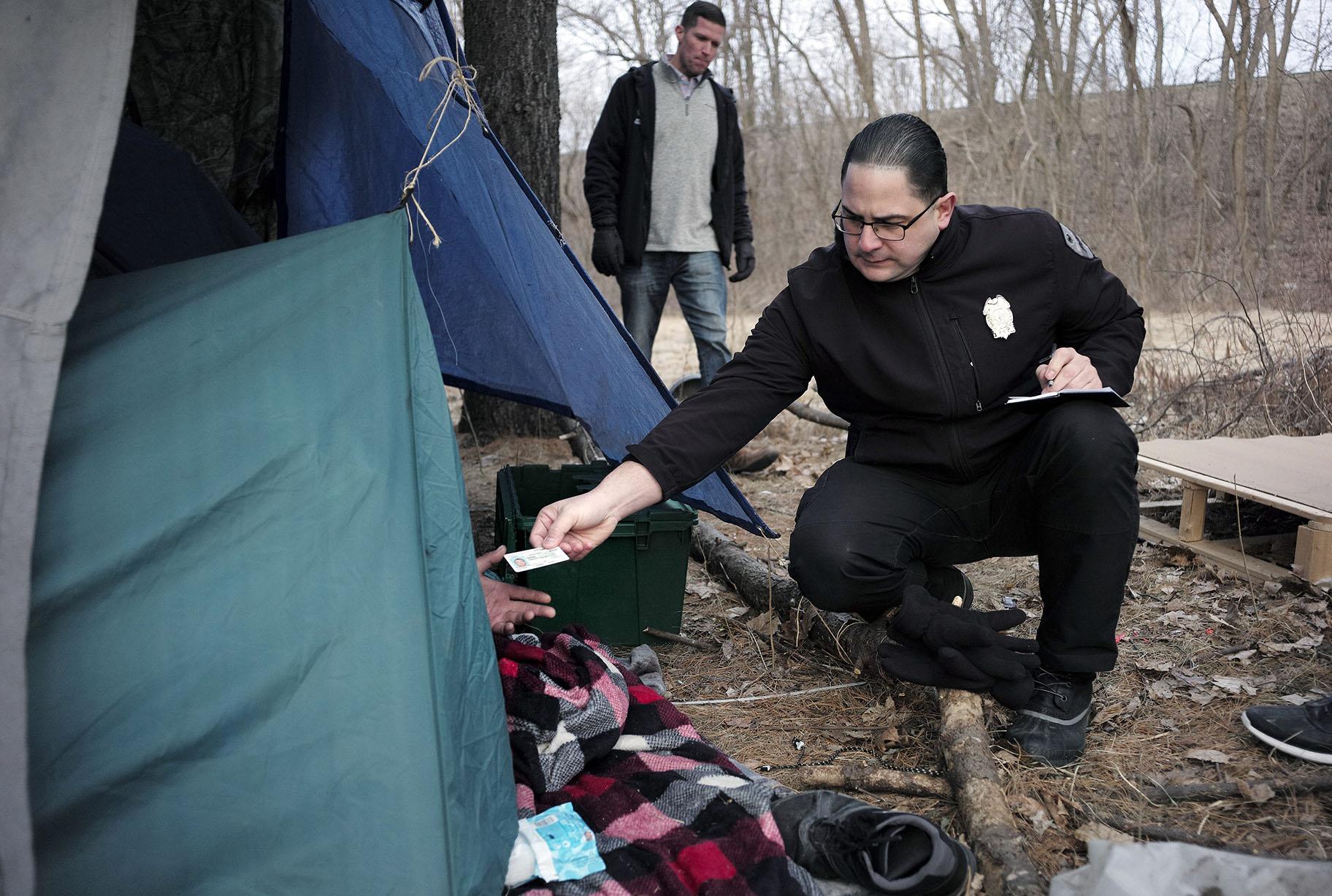 In this Tuesday, Feb. 12, 2019 file photo, Worcester Police Officer Angel Rivera, right, returns a license to an unidentified man as Rivera asks if he has been tested for Hepatitis A at the entrance to a tent where the man spent the night in a wooded area, in Worcester, Mass. (AP Photo / Steven Senne)

NEW YORK (AP) — This year, the germs roared back.

And that was just the United States.

Globally, there was an explosion of measles in many countries, an unrelenting Ebola outbreak in Africa and a surge in dengue fever in Asia. There were also backslides in some diseases, like polio, that the world was close to wiping out.

“It’s been a tough year for infectious diseases,” said Dr. Jonathan Mermin of the U.S. Centers for Disease Control and Prevention.

There were nearly 1,300 cases of measles in the U.S. through November, That’s the largest number in 27 years. There were no deaths but about 120 people ended up in the hospital.

This from a disease that vaccines had essentially purged from the country for a decade.

“How can we have gone from eliminating the disease to reviving a disease? It’s mind-shattering that we would go in that direction,” said U.S. Rep. Rosa DeLauro, D-Conn., who heads a congressional subcommittee that oversees public health spending.

Three-quarters of this year’s cases were in Orthodox Jewish communities in or near New York City. As do most U.S. outbreaks, it started with travelers infected overseas who spread it to people who hadn’t gotten a measles vaccine.

Vaccination rates in New York are good, overall. But it was a shock to learn how low they had dipped in some places, said Dr. Patricia Schnabel Ruppert, health commissioner in Rockland County, north of New York City. Distrust of vaccines had taken root in segments of the Orthodox community. The county took the unusual step of barring thousands of unvaccinated children from dozens of schools.

Hepatitis A tends to be thought of as a kind of food poisoning, often traced to an infected restaurant worker with poor hygiene. But the latest wave began in San Diego among homeless people and people who use illicit drugs. In 2017, there were 1,500 cases in four states tied to the outbreak. This year, it boomed to 17,000 in 30 states, with Florida and Tennessee the hardest hit.

Hepatitis A usually is not considered a fatal disease, but it can be for people whose livers are already damaged by hepatitis C or longtime drinking. Nearly 200 died this year.

A vaccine for hepatitis A is now included in routine childhood vaccines, but most adults are too old to have gotten it as children. Attempts to give the vaccine to vulnerable adults met resistance, said the CDC’s Dr. Neil Gupta, who tracks the outbreaks.

Public health workers took the shots out to people in drug rehab centers and to shelters and the streets to reach the homeless. Gupta said he’s optimistic that cases may drop in 2020. 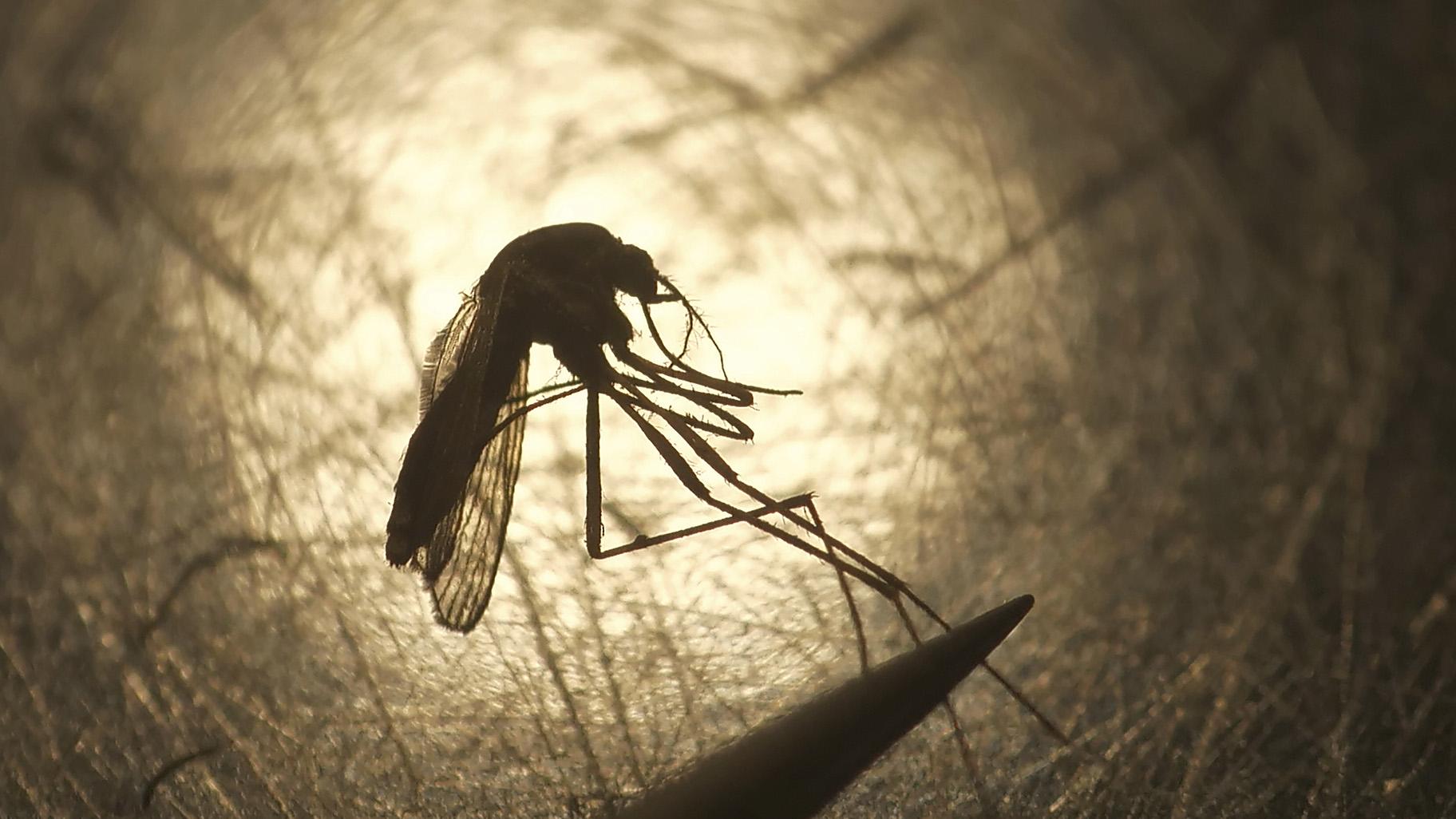 This rare and deadly illness saw a small but worrisome increase last summer. Eastern equine encephalitis got its name because it was first seen in horses in Massachusetts.

The virus is spread to people through mosquitoes that mostly feed on infected birds but sometimes bite humans. Few people who are infected get sick but those who do can develop a dangerous infection of the brain, spinal cord or surrounding tissues. There is a vaccine for horses, not people

The numbers remain very low — just 38 cases this year. But that’s more than double the annual number in the past decade, and it included 15 deaths. That prompted health warnings in some places and even calls to cancel outdoor events scheduled for dusk, when mosquitoes are most active.

Among those who died was Scott Mosman, an outdoors-loving mechanical engineer in Taunton, Massachusetts. It’s not clear when Mosman was bitten by a mosquito, but it likely happened while working in his yard, said Sami Fam, a friend and former colleague.

“He’s kind of a big kid who always thought he was invincible,” said Fam.

The 58-year-old Mosman died in October.

Better diagnosing may be a contributor to the increase in reports of eastern equine encephalitis and a few other diseases spread by bites from mosquitoes or ticks. Some also ebb and flow in cycles. But researchers say larger increases also may be related to climate change, as warmer weather can contribute to booms in insects and a northward expansion of where they live.

This year, some infectious diseases did trend down. Preliminary reports show Legionnaires’ disease down by about 20%. West Nile virus cases fell two-thirds, compared to 2018. And some other infectious terrors of the past, including tuberculosis, continued to recede.

And the nation is a far cry from where it was at the beginning of the 20th century, when roughly 50% of U.S. deaths were attributed to infectious diseases. Today, it’s more like 5%.

Improvements in sanitation and nutrition, and medical advances like antibiotics and vaccines, are credited with driving down deaths from infectious diseases over the last century or so. But sometimes new threats emerge as others wane.

“There may have been a real surge of optimism after the eradication of smallpox in 1980,” but then a few years later AIDS came in, said Stephen Morse, a Columbia University expert on the spread of diseases.

Today’s growing resistance to vaccines and other prevention efforts is a “very worrisome trend,” he said. 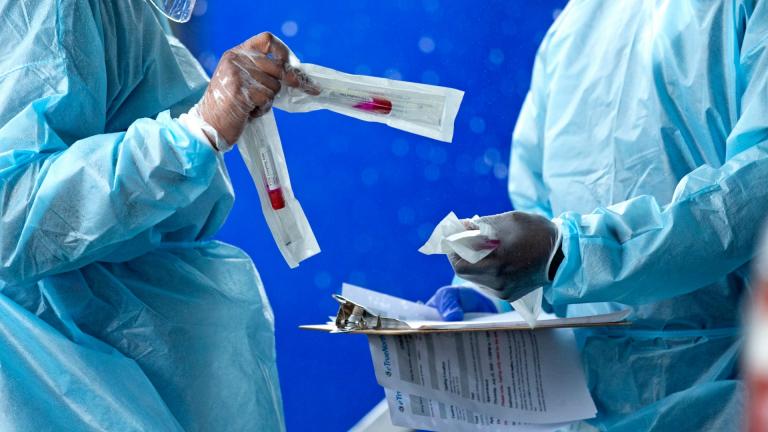 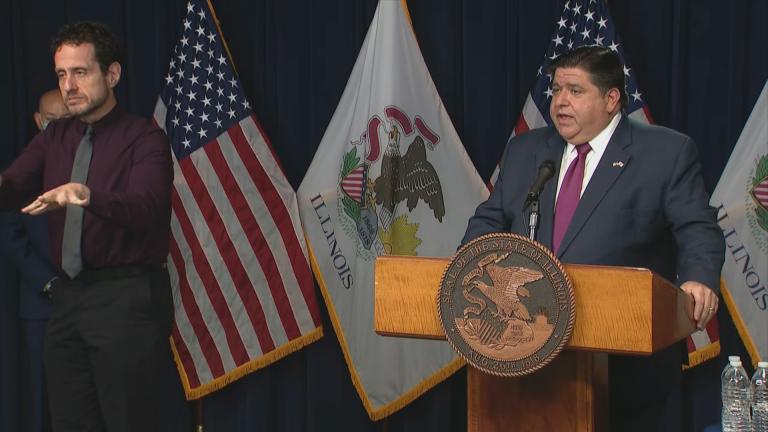