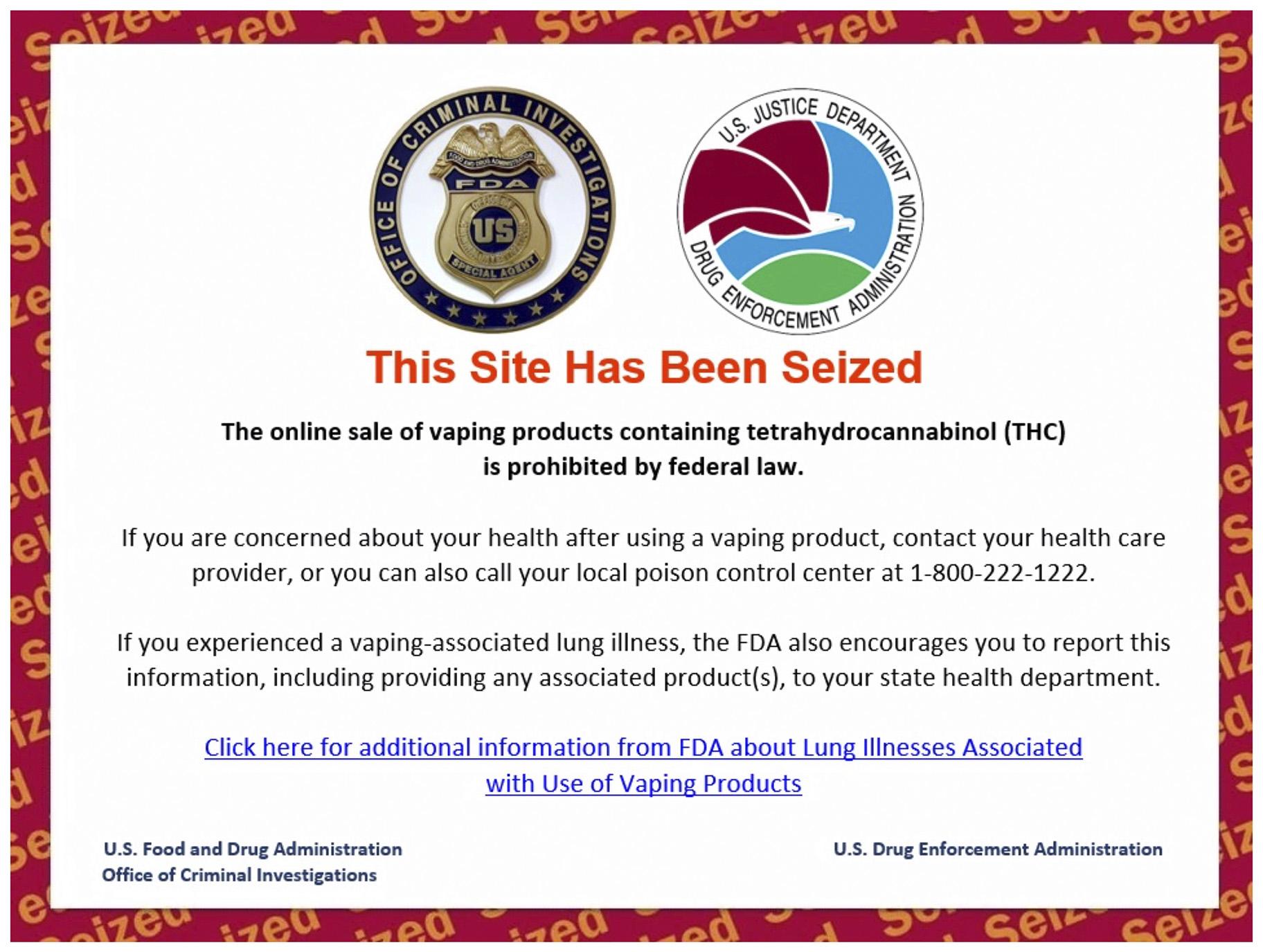 This Friday, Dec. 20, 2019 image shows the official message on one of 44 websites seized by the U.S. Drug Enforcement Administration for advertising the sale of illicit THC vaping cartridges to U.S. consumers, as part of Operation Vapor Lock. (AP Photo)

Health officials now blame vitamin E acetate for the “vast majority” of cases in the U.S. outbreak of vaping illnesses and they say doctors should monitor patients more closely after they go home from the hospital.

The Centers for Disease Control and Prevention announced the updated advice Friday.

And, in a related move Friday, authorities investigating how patients obtained possibly tainted vape products said they have shut down 44 websites advertising the sale of illicit vaping cartridges containing THC.

The new medical advice is based on a close look at about 3% of vaping illness patients who returned to the hospital after discharge and seven who died after hospital discharge.

The study suggests that vaping illnesses can get worse, even deadly, after patients leave the hospital and doctors should check on patients within two days of sending them home.

The two-day followup after hospital discharge is shorter than the previous recommendation of one to two weeks.

The CDC also released new information that continues to point to a culprit: vitamin E acetate, a thickening agent that’s been added to illicit THC vaping liquids. THC is the chemical in marijuana that makes users feel high. 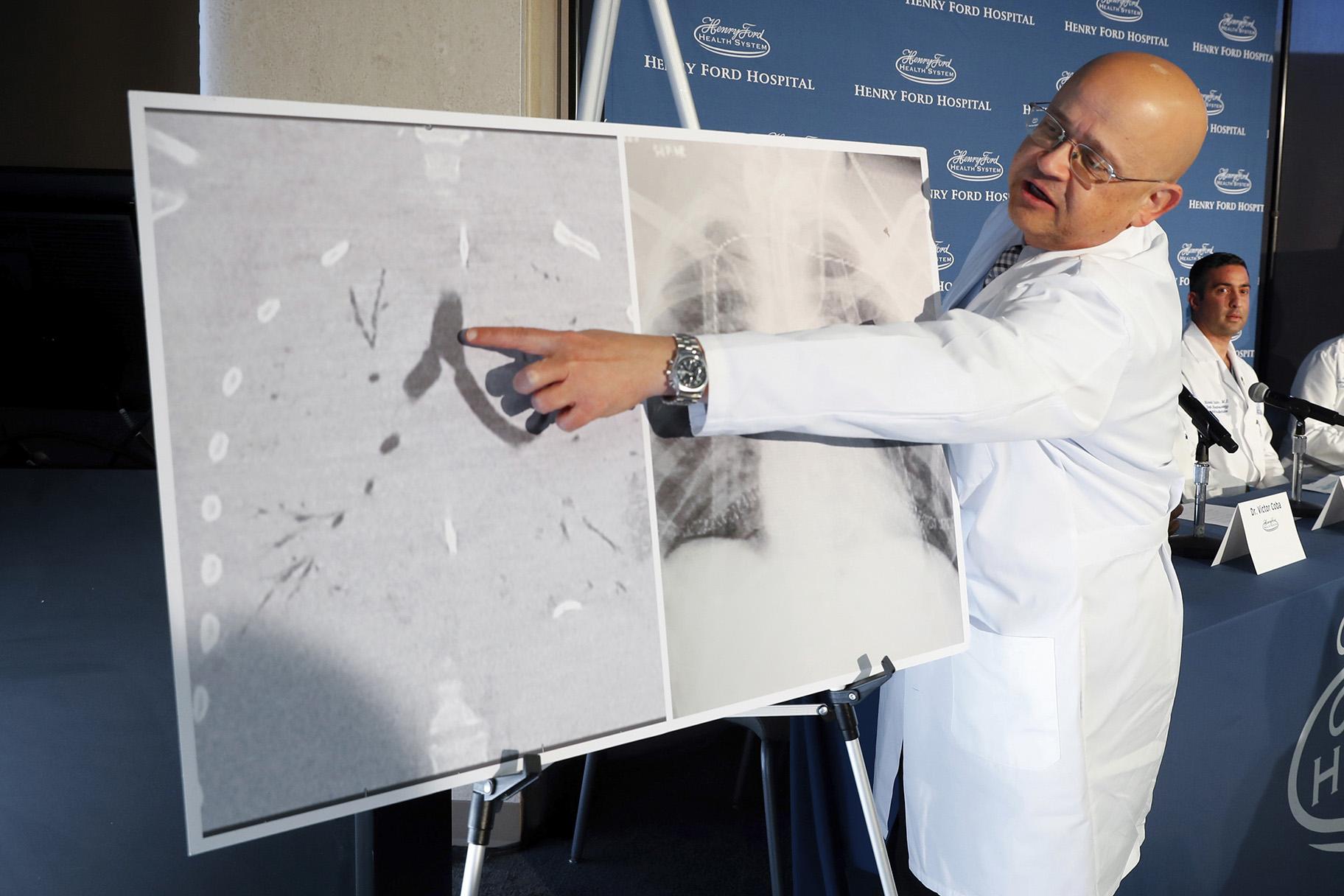 In the strongest language yet about what’s caused the outbreak, Dr. Anne Schuchat of the CDC told reporters during a telephone briefing Friday that it is her “conclusion” that vitamin E acetate caused the illness in “the vast majority of patients.”

The nation’s outbreak of vaping-related lung injuries continues, but new cases are on the decline. More than 2,500 cases of vaping illness have been reported by all 50 states. There have been 54 deaths and more deaths are under investigation.

Interviews with patients and families led investigators to some of the websites that were shut down by the Food and Drug Administration and the Drug Enforcement Administration. The agencies did not announce any criminal charges.

The 44 website domains — with names including Stoners Marketplace and Anonymous Meds — now direct visitors to a message in red letters that says “This Site Has Been Seized.”

Investigators have said they are not interested in taking action against individuals who use vaping products, and are focused instead on suppliers.

Some of the websites shut down were scam sites intended to collect money without ever mailing consumers any products, authorities said.