Fox News Analyst Gianno Caldwell on the Power of Conservatism

In 2016, just 8% of black voters cast a ballot for Donald Trump. That mirrors trends over the last several decades, in which far fewer African Americans have voted for or identified as Republicans.

One strategist thinks Republicans and Democrats have failed black Americans and many others, and he credits his conservative values with helping him become successful despite a difficult upbringing on the South Side of Chicago.

Gianno Caldwell, a conservative political analyst and consultant, makes that argument in his new book, “Taken for Granted: How Conservatism Can Win Back the Americans That Liberalism Failed.”

Below, an excerpt from “Taken for Granted.” 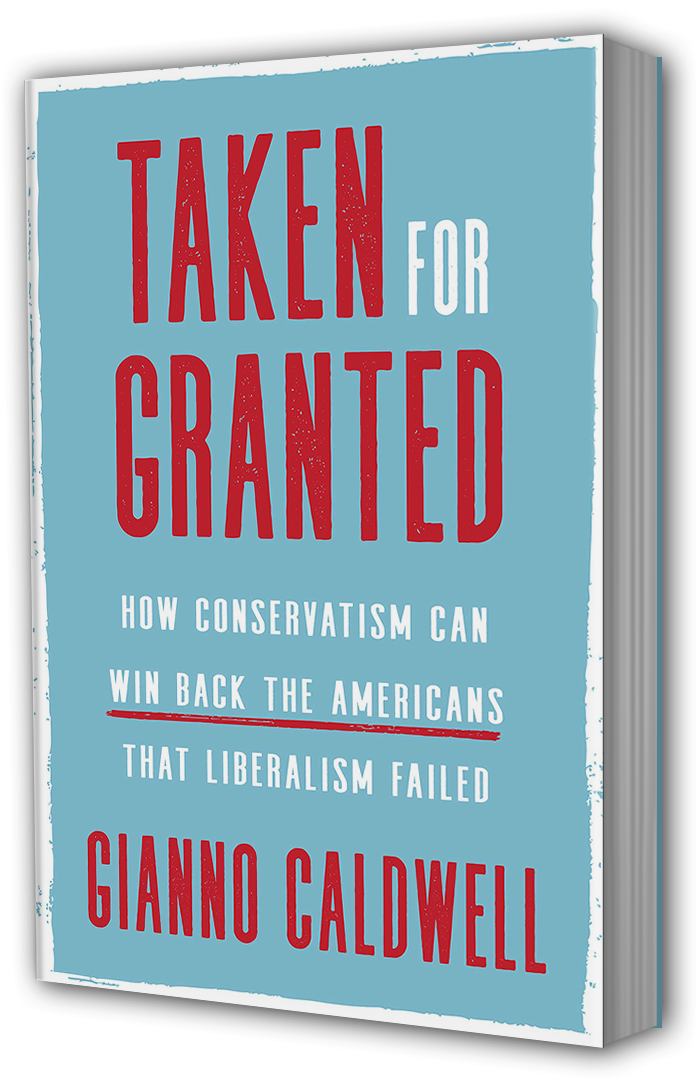 When I was eighteen, I wanted to own property.

I’d been inspired by my pastor, Dr. Bill Winston, who’d been pushing members of the church to go out and own something—real estate, a business, stocks—and by the guest speaker he’d brought in to emphasize that message: Farrah Gray.

Gray was a young black businessman and motivational speaker from Chicago. He grew up in the projects, but by the time he was six years old, he had started a business making homemade lotions and painted rocks. Through various endeavors in everything from prepaid phone cards to a food company targeted at teens, he’d become a millionaire by age fourteen. This guy had persevered through the most abysmal of circumstances, making his way out of some of the same projects I’d lived in as a kid and creating wealth for himself and his family. I was inspired by his testimony and his ability to ignore the naysayers along the way.

Less than one year later, I purchased a multiunit apartment building for myself. This happened without any assistance from friends or family. Had they known what I was up to while I was in the process, they probably would have discouraged me. They’d never done anything like that themselves, and nobody around me believed I would be any different. The only people in my family I told about my plans were my Aunt Patricia and my godmother, Barbara, neither of whom ever questioned my “wild” dreams and ideas.

My grandmother, who largely raised me and my siblings, often told me that my older brother was going to be the successful one and I was not. I’ll never know if this was because she’d raised my older brother as her own son or because out of the nine siblings in my family (by seven different fathers), I was the only one with an active father, and this was her way of evening the playing field. Today, she only tells me that she was wrong. But the greater tragedy, far beyond any pain I felt at her early assessment, is that my older brother has been in and out of jail for years. These days, I feel more saddened than angry when I think back on her bleak outlook. But I share my grandmother’s words here to show that this was the bar that had been set for me.

To her, and others, my future was already cast.

The poverty made it so. My parents.

My schooling. My block.

The color of my skin.

This is why I feel for individuals who find themselves surrounded by loved ones who don’t think they can do better than those who came before them. Environment plays such an important role in determining your mindset and motivation. In a lot of cases, the concept of what you can be is based on the people around you and what they give you.

This isn’t an issue relegated to any one neighborhood, creed, or tax bracket. Recently, I was in the Fox News makeup room with a successful, white, hyper-educated producer and her sixteen-year-old daughter. We began to chat. “What are your plans for college?” I asked the teen.

“I wanted to go to Brown . . .” she said excitedly, before looking down. “But I’m not going to apply because I won’t get in.”

“Why would you say that?” I asked, genuinely surprised.

“Because my guidance counselor told me to be realistic,” she said.

Behind her, her mother nodded in agreement.

I was beyond disappointed. This girl was barely sixteen. “Be realistic” is not only unhelpful advice, it is harmful. It is a dream killer.

We have to let go of the fallacy that so many people buy into: “My dad was a truck driver, so I have to become one, too.” “No one in my family ever went to college, so I probably won’t either.” “I can’t get into a school like Brown.” “Moving to New York or Paris or Singapore to pursue a career in X is a one-in-a-million chance, so . . .”

My own grandfather, a hardworking plumber and small business owner, had his own ideas about my future. He thought I would continue the family business. He was the first to have faith in me, in my abilities, before anyone else in my family, yet that was the full extent of the life he’d imagined for me.

But that did not stop me from pursuing careers in government, lobbying, consulting, and television.

Such possibilities will likely not “reveal” themselves as some cookie-cutter path that you or I can just walk down with ease. We have to create such paths ourselves, with determination and the knowledge that God is right up there creating for us. That’s why I always tell people to aim as high as they can. Don’t look at Oprah Winfrey or Barack Obama or Steve Jobs or anyone who’s achieved great success and think, They’re just exceptional. They are not exceptional. They just refused to succumb to limiting beliefs and found a way to tap into their full potential.

I rose out of poverty and reached professional heights that few people thought possible—including myself—but I, too, am not exceptional or special. I’m certainly not the first kid to make it out of the projects, nor am I the first black conservative you ever saw on TV. I am not the first person on earth to achieve more than was expected of him. Many, in fact, work to overcome even greater obstructions of health or upbringing or financial ruin than me. My desire is not to compete with those who’ve had it worse or better, but only to expose the terrible lie of limitations and share the values that made the next steps possible for me.

All of us have been constrained in one way or another. Limited by societal expectations. By our own families. By words. Limited by where we get our ideas, and whom we’ll work with to solve the big problems and achieve grand dreams. Limited by our own self-doubt. But when I first started following fundamental conservative values, it ended all of that for me. It destroyed all such limitations by giving me faith in God, faith in the process, and, ultimately, faith in myself.

It’s why I walked into an alderman’s office at age fourteen to get my first internship. It’s why I started working part-time for the federal government by sixteen. It’s why I figured out how to earn a college degree. Why I started my own consulting firm in Washington, D.C. Why I became a political analyst, correspondent, and host on television. Why I moved to Los Angeles, where I could pursue those things and others to a greater degree.

The term “crab mentality” comes from the phenomenon that occurs when one crab attempts to escape a bucketful of crabs and the others work together to pull the hopeful escapee back into the bucket. Remind you of anyone you know? Each of us is shaped in an environment that can, if we let it, contain and constrain our truest self and potential.

Look around, though, and you’ll spot people everywhere who’ve transcended that influence. They come in all shapes and colors and industries. Technology, social justice, music, sports, politics. These are the ones who’ve rejected the limitations of dependency and victimhood and expectations of humanity at its lowest.

This book is my attempt to share with you the times I’ve had to break down such walls and to challenge whatever the status quo might be. Each time I’ve done so, it has been with the strength and confidence I’ve discovered as a conservative.

My journey has not come without the loss of friends and family, without missteps and retreats. And my journey is not yet over.

But I’ve lived the other life—the one many find themselves trapped in every day—a life painted by the fears and expectations of others. Community, family, friends. They say: You are this race, gender, age, zip code, education, and so on. Therefore, this is the future you will have. It is the safe way, the known way. The way that is perceived to have worked before. It is the way you, your greatest detractor, often see for yourself.

In matters of politics, faith, career, relationships, and self-growth.

I am a conservative for two reasons.

First, these values work. They’ve worked for generations before me and for me personally.

And second, I had no other choice.

The alternative—a life of self-doubt and dependence and victimization—was a path that led only to some decrepit building on 72nd Street.

Whether for me personally or for the United States as a country, I knew the better course lay in finding truth and strength in a set of values that were here long before me and would continue long after. I would no longer be taken for granted.

My hope is that in discussing these values in terms of today’s issues, politics, and my own life, I may convey to others that conservatism isn’t some “bitter old man’s” attempt to keep things as they once were in the past. Instead, it is a powerful beacon, a verified force . . . 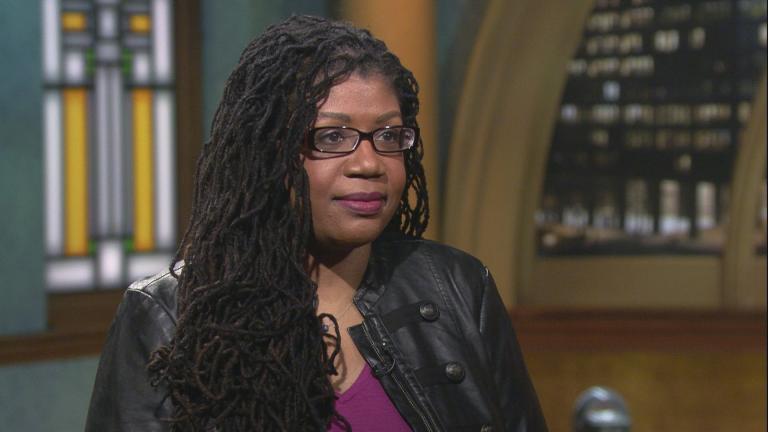