An artist with a cult following in Japan and Europe has his first show in the United States, and it is in Chicago. We visit the exhibition “Self-Portrait of Other” for a strong dose of surrealism and satire.

Phil Ponce: Dark moods loom in paintings that have been called both “uneasy” and “alluring.”

Humans merge with technology, their environments and the natural world.

The works are by the contemporary Japanese artist and designer Tetsuya Ishida who died at a young age in 2005.

Inspired by Japanese comics and social realism, he made pictures of isolation.

Gina Pollari, Wrightwood 659: He’s also reflecting the highly corporatized economy in which he lives, so it’s very regimented. People are really devoted to the corporations they work for, and that there is really no individualization, and he’s feeling this incredible alienation from that and a feeling of melancholy and a feeling of isolation and anxiety. 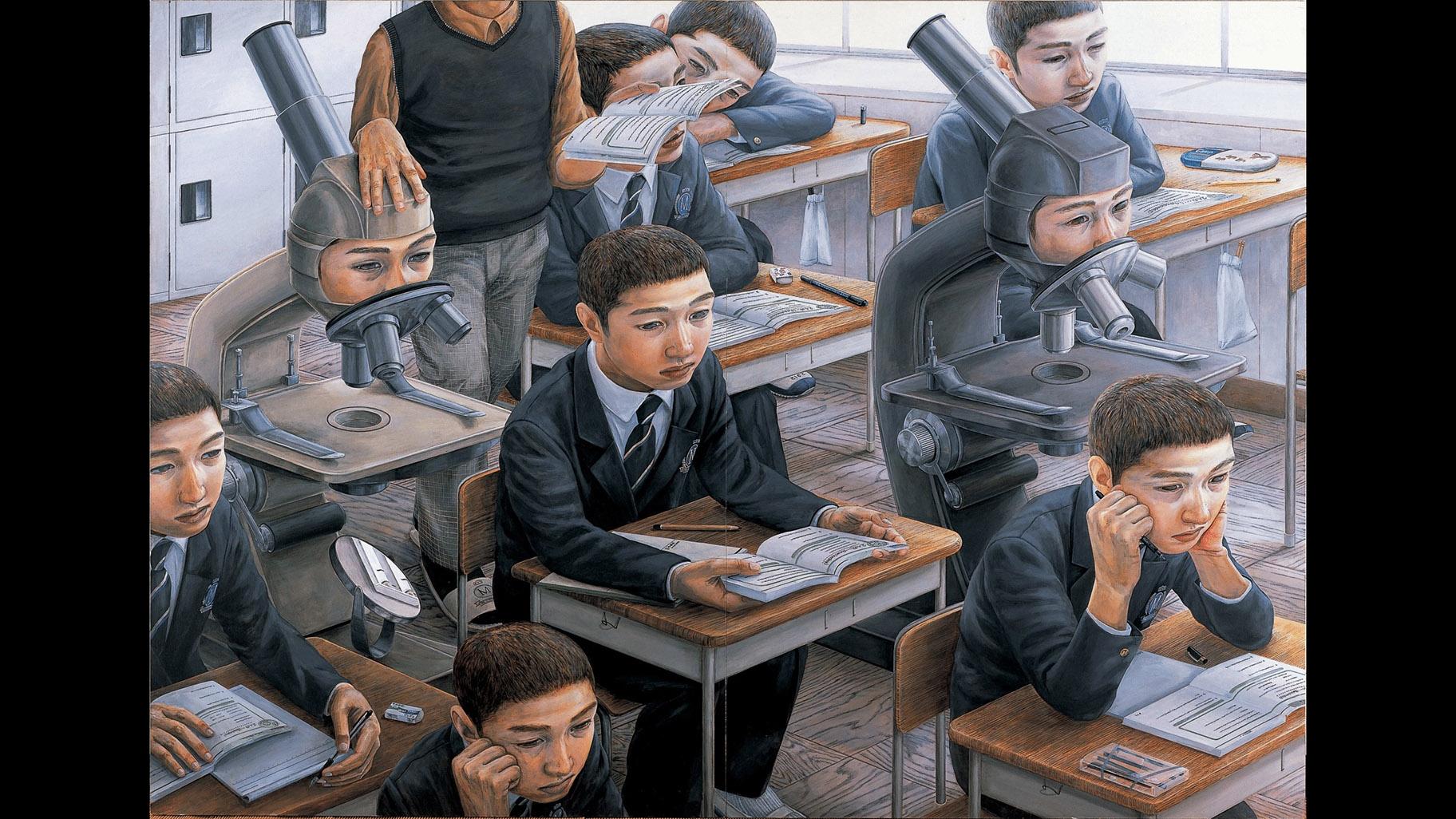 Part of how he reflects this notion of the man being consumed by this very dehumanizing condition is to meld the human body with the machine, so for instance in this painting he is showing the man as microscope, and you will see throughout all of his paintings that he uses his own image, and he replicates his face over and over again. And he did not mean it to be a self-portrait. It really was to become sort of “everyman,” so he was really trying to reflect a condition that he felt everyone felt.

I also like to point out that there is a lot of humor in his work. 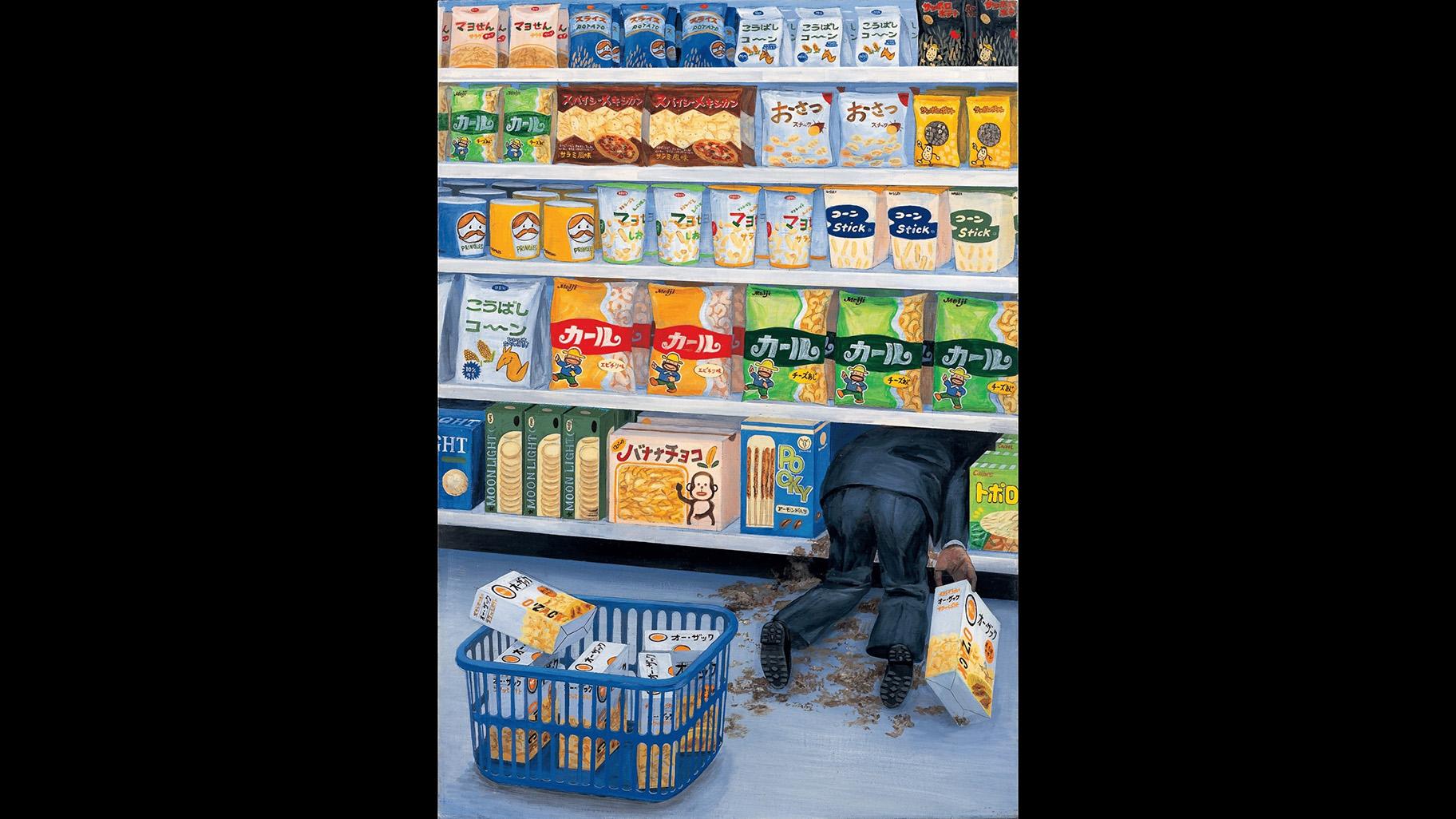 He understood that there was a sadness and that he was conveying this anxiety and alienation, but he also felt the nonsense of what he was doing, and he wanted to convey the kind of black humor of the condition.

The show features nearly half of the paintings the artist made in his tragically brief lifetime. 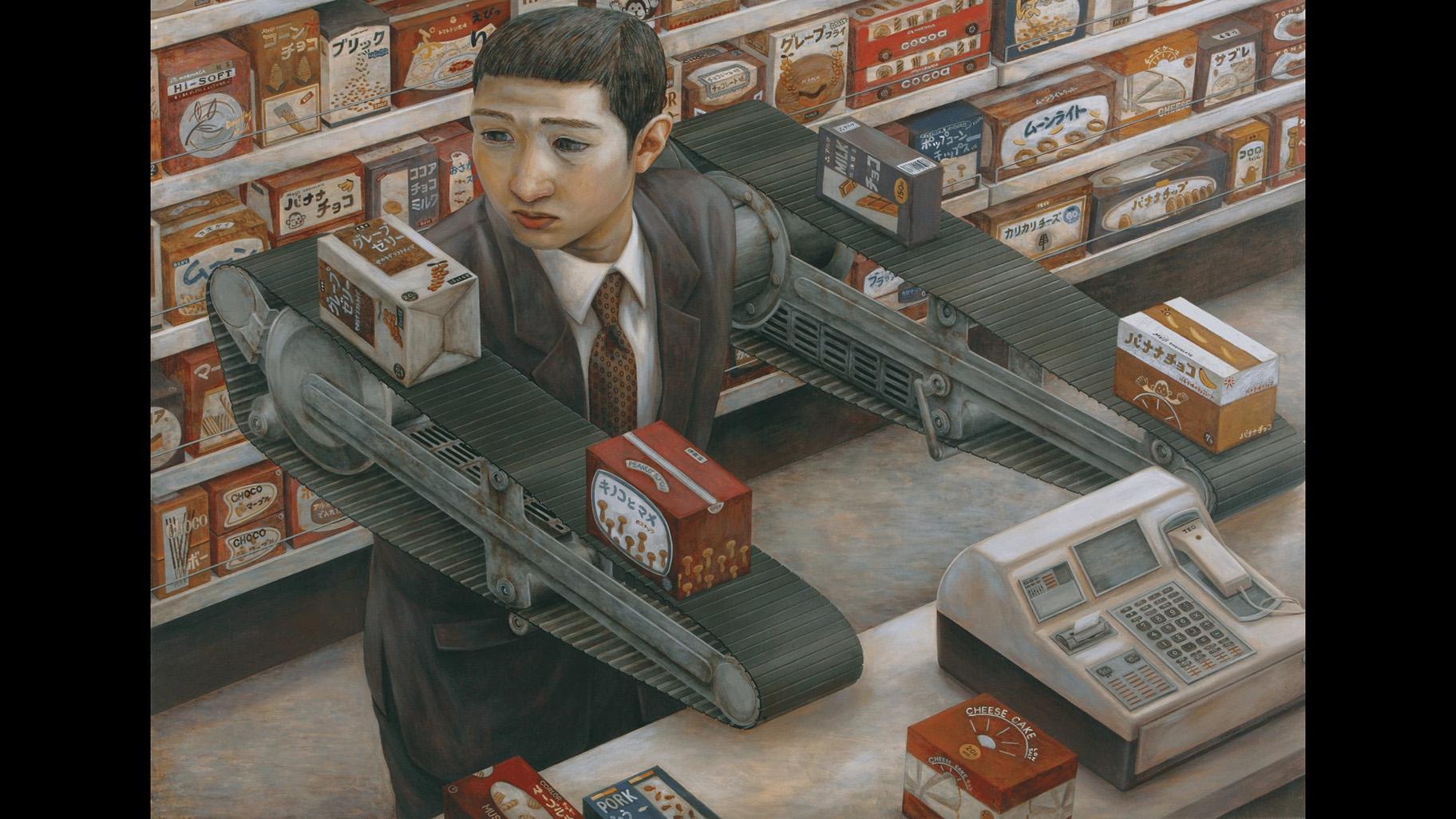 Ishida was killed at a train crossing in Tokyo in 2005 at the age of 32. Friends and family had been concerned about his mental health.

Pollari: His paintings are very layered in that some of the things are very obvious, and yet there’s still this lingering sense of being not being able to quite touch him in a way, and so that alienation that he is painting actually really comes through. 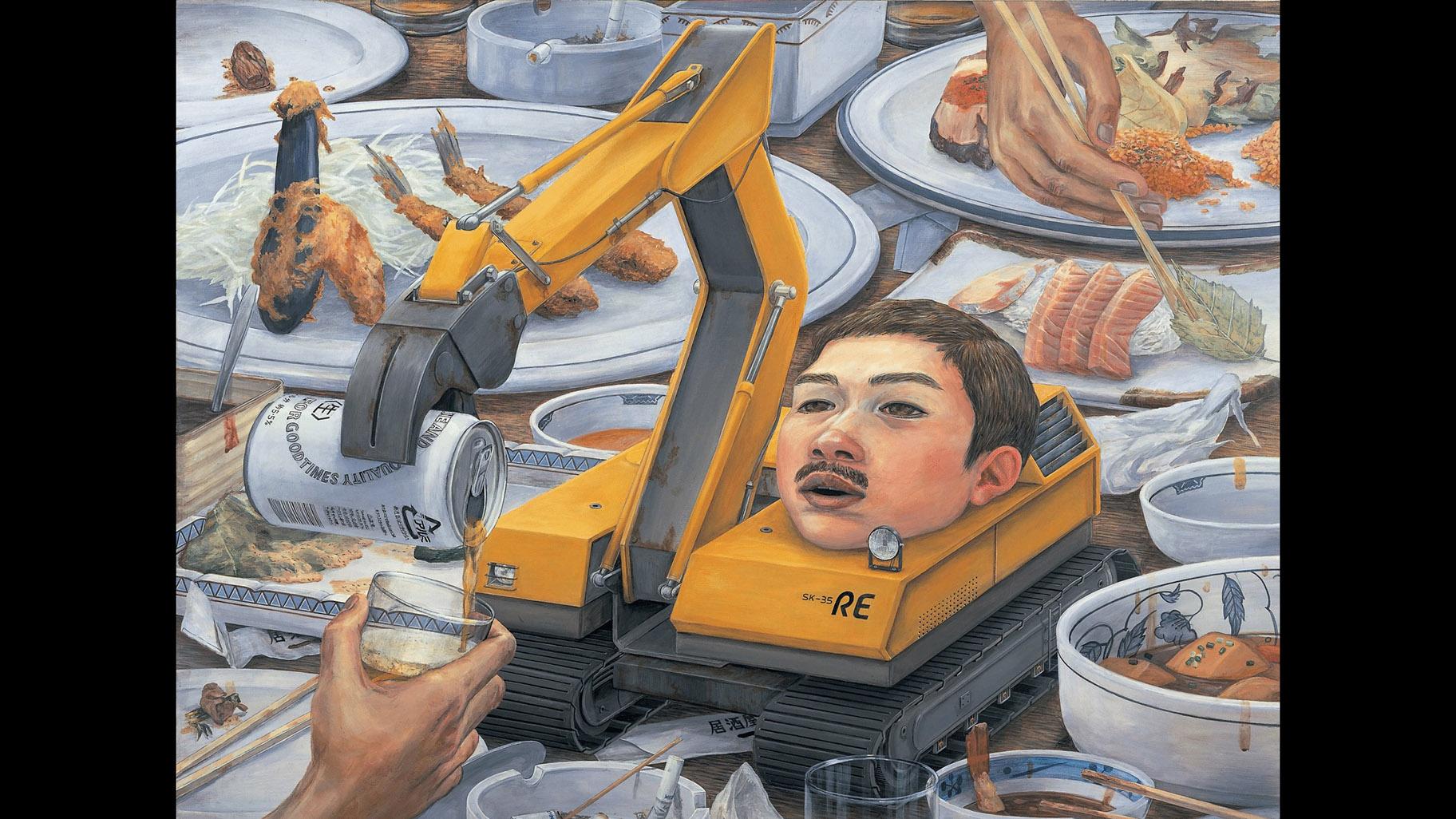 The exhibition “Tetsuya Ishida: Self-Portrait of Other” is at Wrightwood 659 through Dec. 14.