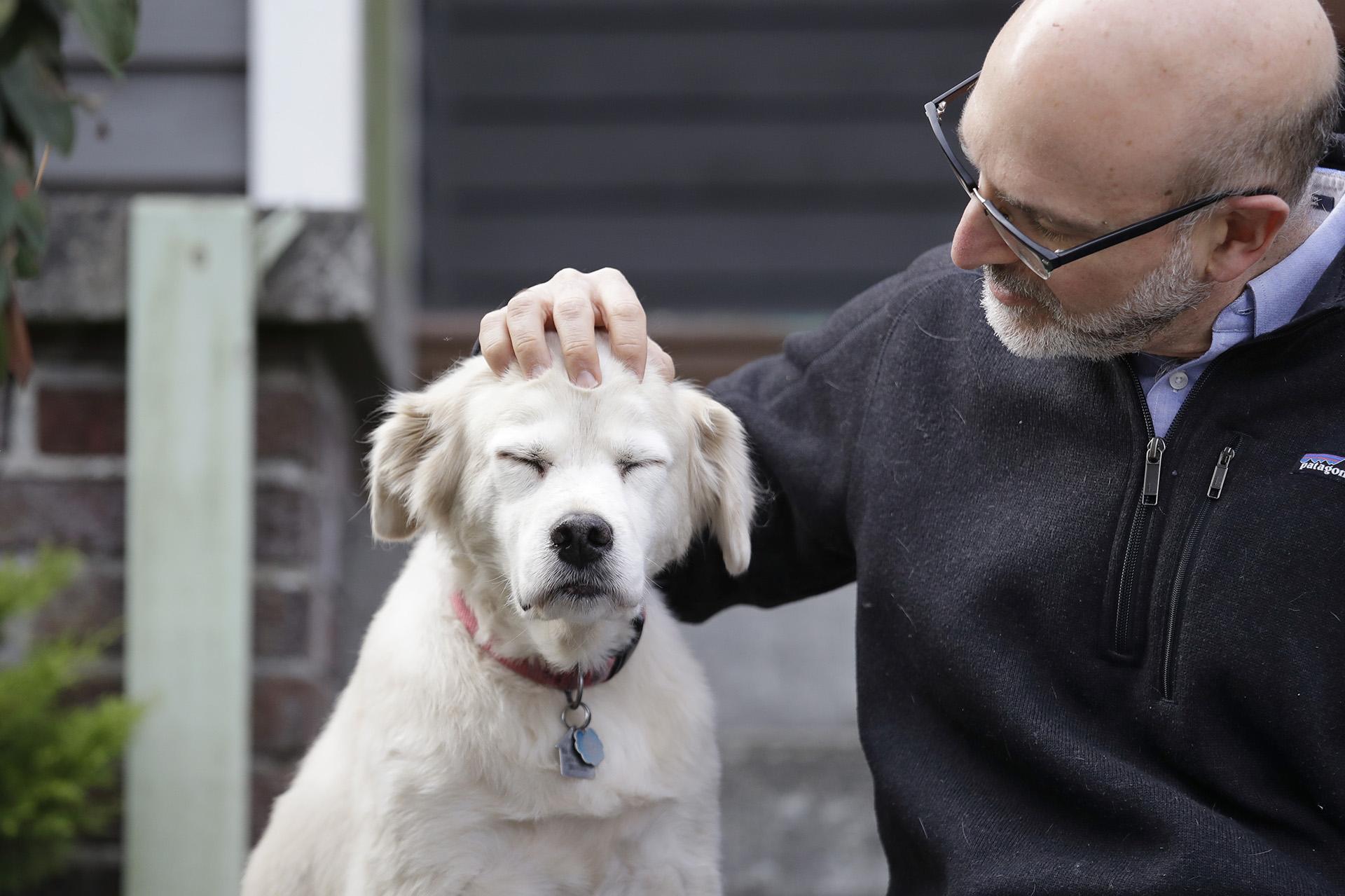 In this Monday, Nov. 11, 2019 photo, University of Washington School of Medicine researcher Daniel Promislow, the principal investigator of the Dog Aging Project grant, rubs the head of his elderly dog Frisbee at their home in Seattle. (AP Photo / Elaine Thompson)

SEATTLE (AP) — Can old dogs teach us new tricks? Scientists are looking for 10,000 pets for the largest-ever study of aging in canines. They hope to shed light on human longevity too.

The project will collect a pile of pooch data: vet records, DNA samples, gut microbes and information on food and walks. Five hundred dogs will test a pill that could slow the aging process.

“What we learn will potentially be good for dogs and has great potential to translate to human health,” said project co-director Daniel Promislow of the University of Washington School of Medicine.

If scientists find a genetic marker for a type of cancer in dogs, for instance, that could be explored in humans.

For the study, the dogs will live at home and follow their usual routine. All ages and sizes, purebreds and mutts are welcome.

Owners will complete periodic online surveys and take their dogs to the vet once a year, with the possibility of extra visits for certain tests. Their welfare will be monitored by a bioethicist and a panel of animal welfare advisers.

To nominate a pet, owners can visit the Dog Aging Project’s website.

The five-year study was formally launched Thursday, Nov. 14 at a science meeting in Austin, Texas. The National Institute on Aging is paying for the $23 million project because dogs and humans share the same environment, get the same diseases and dogs’ shorter lifespans allow quicker research results, said deputy director, Dr. Marie Bernard. The data collected will be available to all scientists.

“I would selfishly like to have him around forever,” said the 33-year-old veterinarian. “Unfortunately, he ages much, much faster than I do.”

But she’s torn by the prospect of an anti-aging pill because so many abandoned dogs go without care. “Just because we can, should we?”

Yet no standard measures exist for frailty or prognosis in sick, aged dogs, Creevy said. The project will develop those tools.

One dog year is roughly equal to seven human years, Creevy said, but that varies by breed. Large dogs have shorter lifespans than smaller dogs. A Great Dane’s lifespan is about half that of a toy poodle’s.

That makes large dogs better test subjects for the pill. Dogs weighing at least 40 pounds will be eligible for an experiment with rapamycin, now taken by humans to prevent rejection of transplanted kidneys. The drug has extended lifespan in mice. A small safety study in dogs found no dangerous side effects, said project co-director Matt Kaeberlein of the University of Washington.

Human devotion to dogs drives projects like this, the scientists said. Owners will gladly fill out surveys, send records and submit a pup’s poop for analysis if they think it will help all dogs live longer, even if it won’t help their pet.

“People love dogs,” said Promislow, who normally studies aging in fruit flies. “No one has ever come up to me and said, ‘Oh my goodness, I just love fruit flies.’”

Promislow’s mixed breed, 14-year-old Frisbee, will not participate to prevent a conflict of interest.

“It’s too bad because she’s a terrific example of a really healthy ager,” he said. 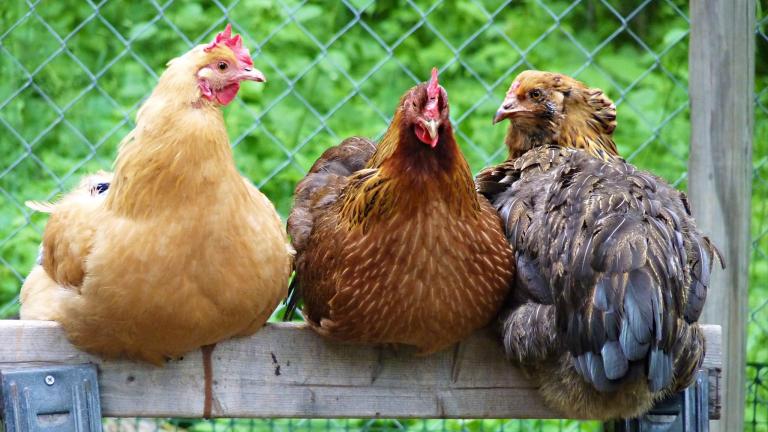