Mayor Lori Lightfoot on Wednesday alleged that ride-hailing giant Uber had offered to pay off black ministers to the tune of $54 million if they would join a campaign to publicly oppose a $40 million ride-hailing tax proposal.

Lightfoot says ministers told her of the alleged plan, but she didn’t name any names.

“They offered up black ministers $54 million – a one-time deal – if they would convince the mayor to do away with any other kind of regulation,” Lightfoot said. “And as we walked the ministers through what exactly was at stake here, I think they realized they’d been hoodwinked.”

Indeed, African American ministers did publicly oppose the tax, saying it would hurt minority communities that don’t get great access to public transit or taxi services. Last week, through Uber’s coordination, a minister appeared on “Chicago Tonight” to make that case. Uber did not say whether any money had exchanged hands, but said the $54 million number is flat wrong.

“The mayor is entitled to her own opinion, but not her own facts. Weeks ago, we shared a proposal that would have raised $54 million for the city,” said an Uber spokeswoman. “She is confusing this figure.”

The mayor’s plan proposes raising the fee for ride-hailing services by 53 cents for all shared rides to and from the Loop, and by $2.28 for solo rides. Outside of the Loop, solo rides would go up 53 cents.

Uber has shared a counterproposal that it says would raise taxes more equitably and not disproportionately affect riders from low-income areas. Their plan calls for a jump from 25 to 42 cents for shared rides, and 30 to 85 cents for solo riders. They say this plan will raise more money than the city’s proposal. 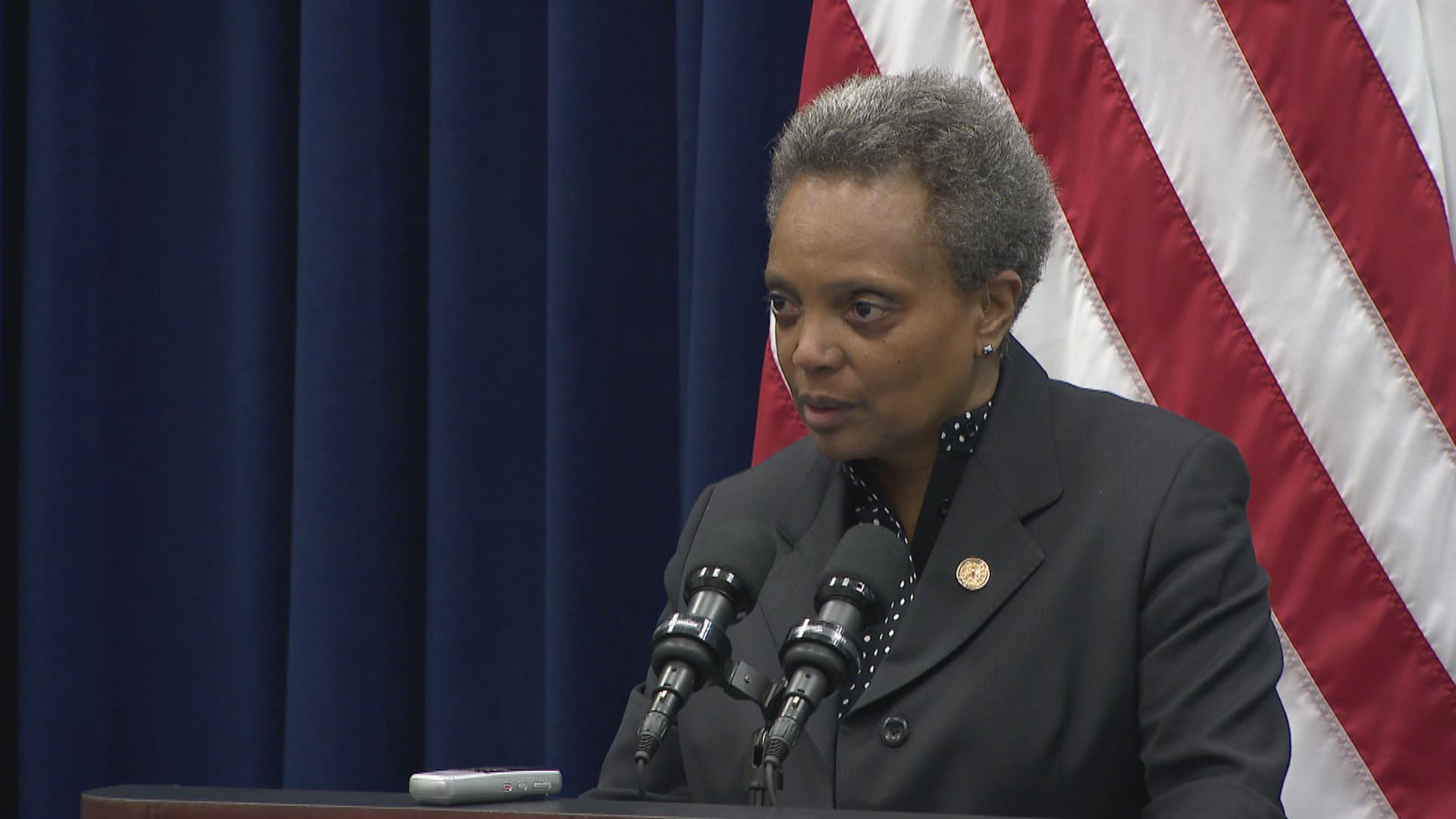 “They offered up black ministers $54 million – a one-time deal – if they would convince the mayor to do away with any other kind of regulation,” Mayor Lori Lightfoot said Wednesday, Nov. 13, 2019. (WTTW News)

“There was some expansion talked about that I looked at that would provide relief to residents on the South and West side, and I continue to push that with the administration,” Ervin said.

The flare-up comes as Lightfoot proposes closing an $838 million budget gap. She had been relying on $50 million from a graduated real estate transfer tax proposal that would have to be approved by state lawmakers, but that plan is all but dead on arrival in Springfield. She says that money will just have to come from cuts and hiring freezes. Meanwhile, one of her toughest critics says her numbers don’t add up – including an anticipated $163 million in expected federal reimbursements for ambulance service.

“A lot of ifs, ands and maybes in this budget, including the biggest ‘maybe’ of all: whether or not Donald Trump’s going to give us $163 million for ambulance reimbursement,” said Ald. Raymond Lopez, 15th Ward. “And if we don’t get it, we’ll have to tell our property tax payers to give us a $200 million property tax increase. Never was this budget balanced, it was only put together by whiteout and scratch marks to make it look balanced on paper.”

Lopez also accused the mayor of raising property taxes more than she promised. But Lightfoot said that’s not true, and any additional property tax hike was voted on before she took over.

“Ray Lopez apparently forgot that he voted for a property tax increase earlier this year that was proposed by former Mayor Emanuel, so he got it 100% wrong,” Lightfoot said. “There’s nothing new regarding property taxes.”