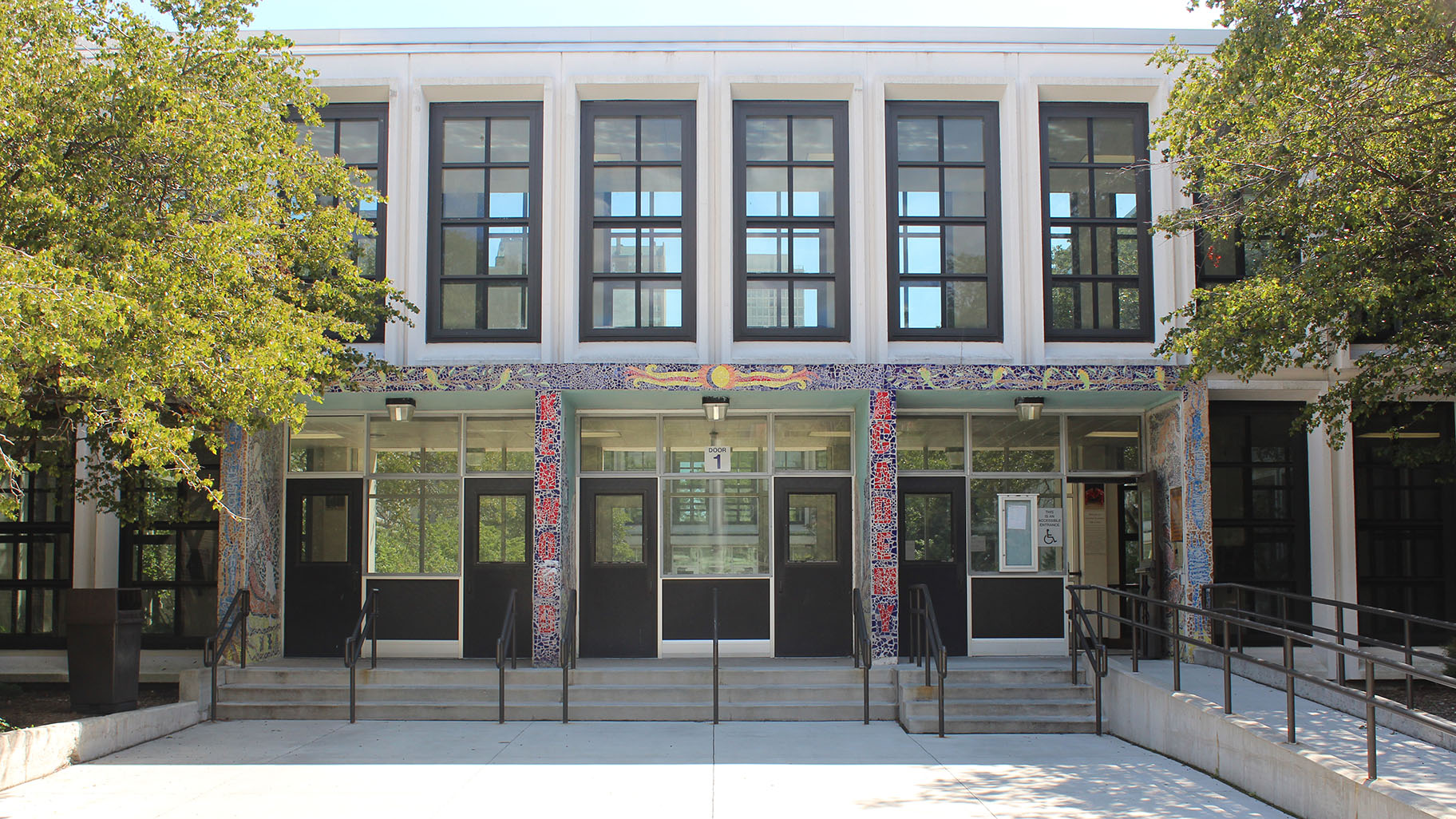 Heating issues persisted for a second consecutive day at a South Side high school as temperatures across Chicago on Wednesday remained well below freezing.

A broken heater inside Kenwood Academy High School forced some students to relocate following a day of record cold temperatures on Tuesday. Chicago Public Schools said that by 4 p.m. that afternoon, the issue had been resolved.

But on Wednesday, CPS reported that “several” classrooms at the school continue to have insufficient heat circulation.

“We will continue to check temperatures throughout the day to ensure they are safe,” the school district wrote in a letter to Kenwood parents and families Wednesday.

CPS said that while most classrooms remain warm, affected students in cold classrooms have been relocated to the school’s auditorium. The district also said that, as a precaution, the school’s building engineer and the CPS Facilities Department were working to install temporary heating for the affected classrooms. 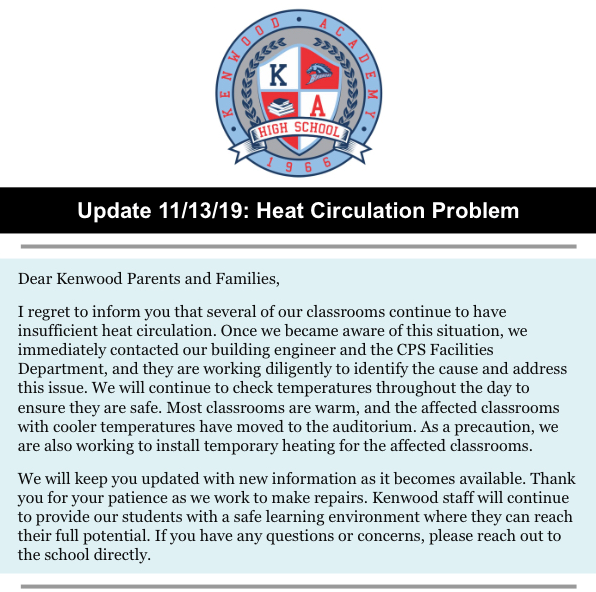 A version of the letter CPS sent to Kenwood Academy families Wednesday.

Temperatures improved Wednesday but were expected to remain below freezing throughout the day.

The National Weather Service issued a “hazardous weather outlook” citing “unseasonably cold air” across Chicago and nearby counties with early morning wind chills ranging from -5 degrees to 5 degrees above zero.

“It was freezing,” Kenwood freshman Morgan Jackson told the Chicago Sun-Times on Tuesday. “You could see your breath if you were by the windows. People with off-campus lunch were going home just to warm up.”

“Thank you for your patience as we work to make repairs,” the district’s letter stated. “Kenwood staff will continue to provide our students with a safe learning environment where they can reach their full potential.”

Should Schools Close on Cold Days?