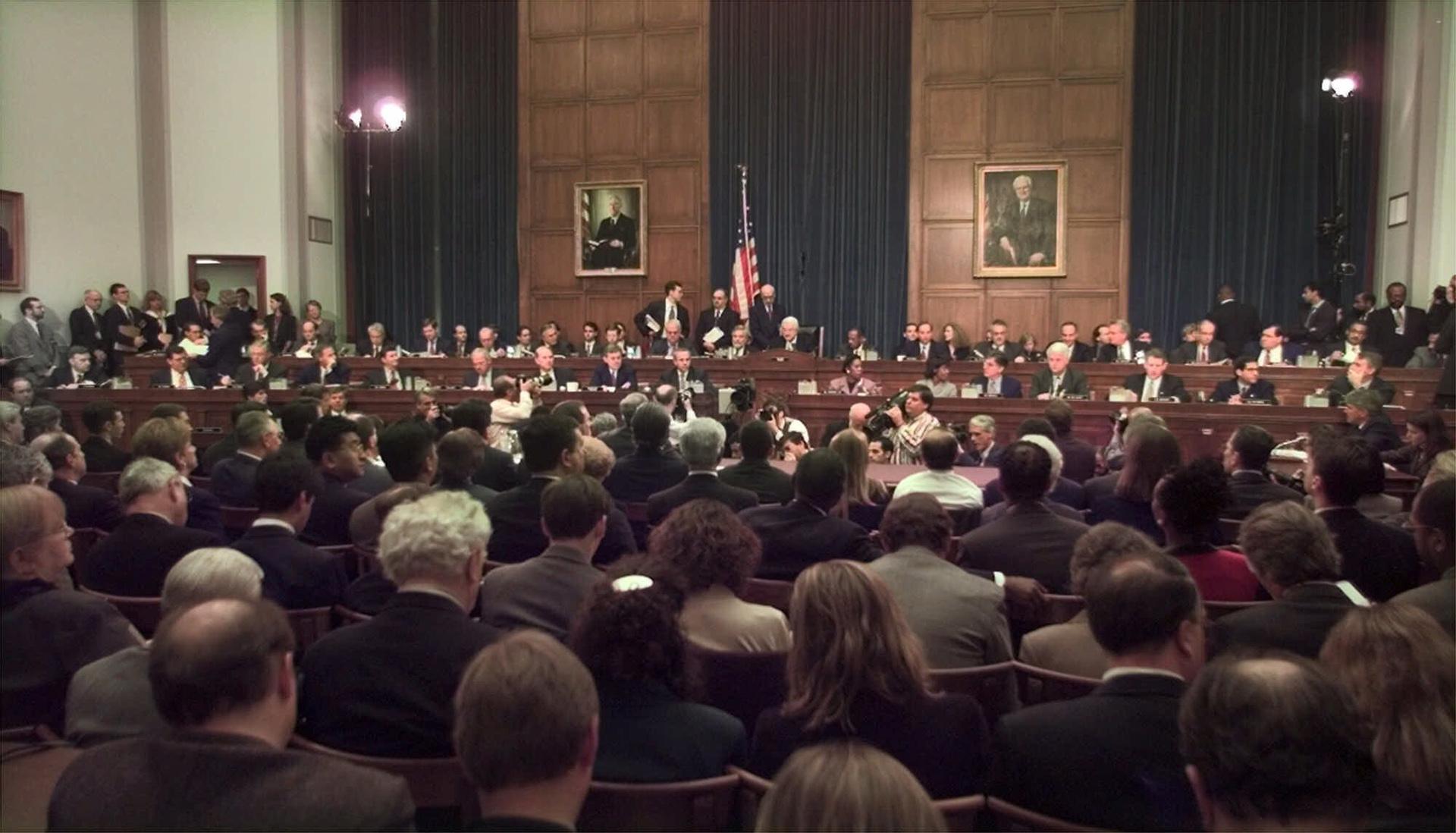 WASHINGTON (AP) – The public impeachment inquiry hearings this week usher in a rare and momentous occasion in American history as Congress debates whether to remove a president from office.

There are consistencies in the process – televised hearings, partisan rancor and memorable speeches – but each impeachment process also stands alone as a reflection of the president, the Congress and the times.

Even if the two most recent impeachment proceedings – against Presidents Richard Nixon and Bill Clinton – offer instructive clues about the path ahead, there are notable differences in the case surrounding Donald Trump.

A look at then and now: 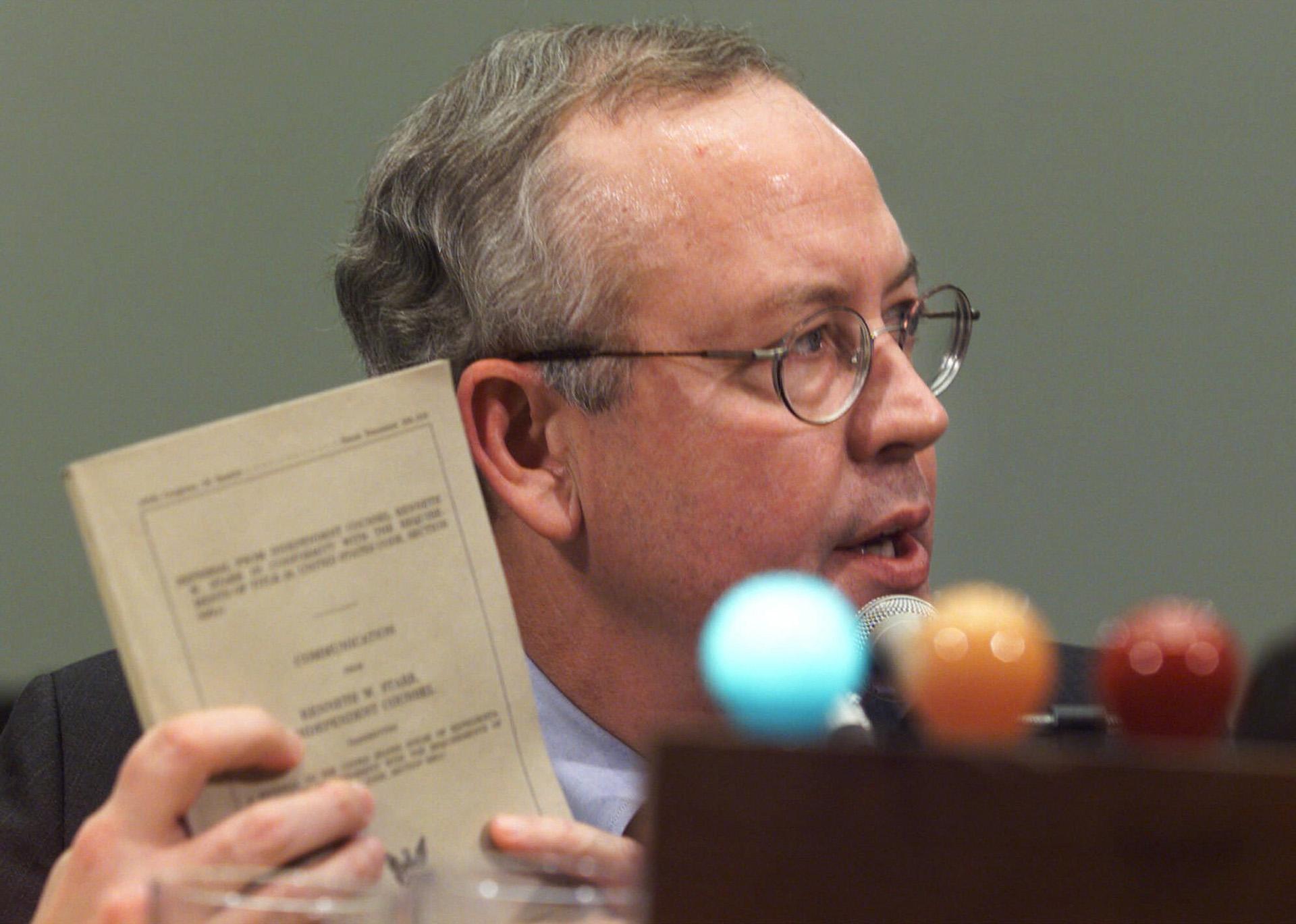 THEN: During the Clinton impeachment, the House held no serious hearings because the independent counsel, Kenneth Starr, had delivered dozens of boxes of evidence with recommendations for charges. Even during the Nixon proceedings decades earlier, lawmakers were considering evidence gathered through months of investigations by specially appointed prosecutors – first Archibald Cox and later Leon Jaworski. In both cases, the impeachment proceedings followed extensive law enforcement investigations.

NOW: The House Intelligence Committee has taken on the primary role of assembling a case against Trump, with no supplemental Justice Department investigation. These impeachment proceedings are unfolding simultaneous to the investigation itself.

“The House actually having to investigate on its own with the benefit of nobody else’s resources, that’s new,” said Frank Bowman, a University of Missouri law professor and legal historian and author of “High Crimes and Misdemeanors: A History of Impeachment for the Age of Trump.” 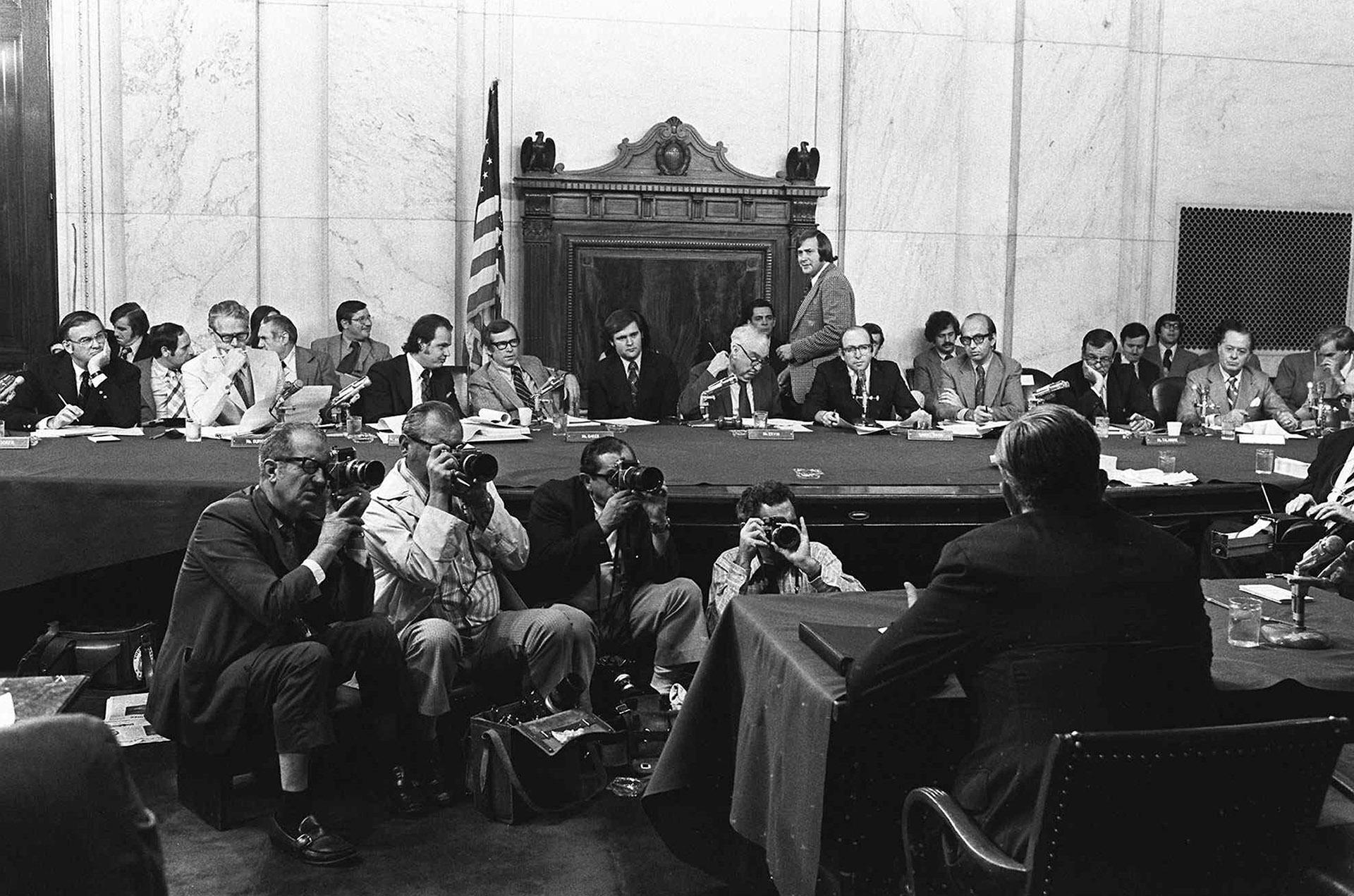 THEN: During Watergate, the Senate held televised hearings that served to turn public opinion against Nixon, and he eventually resigned before a formal vote by the full House. The most sensational moments – including the testimony of White House counsel John Dean and Sen. Howard Baker’s famous question, “What did the president know and when did he know it?” – occurred not during House impeachment hearings but during special Watergate hearings in the Senate.

NOW: The House hearings represent the public’s first time hearing witnesses involved in the controversy. The three witnesses up first have appeared behind closed doors, and transcripts of their private depositions suggest the potential for dramatic and quotable testimony. One State Department official, George Kent, accused Trump’s personal attorney Rudy Giuliani of leading a “campaign of slander” against the U.S. ambassador to Ukraine. Another, William Taylor, has said he had a “clear understanding” of a desired quid pro quo: military aid in exchange for investigations of a political rival. 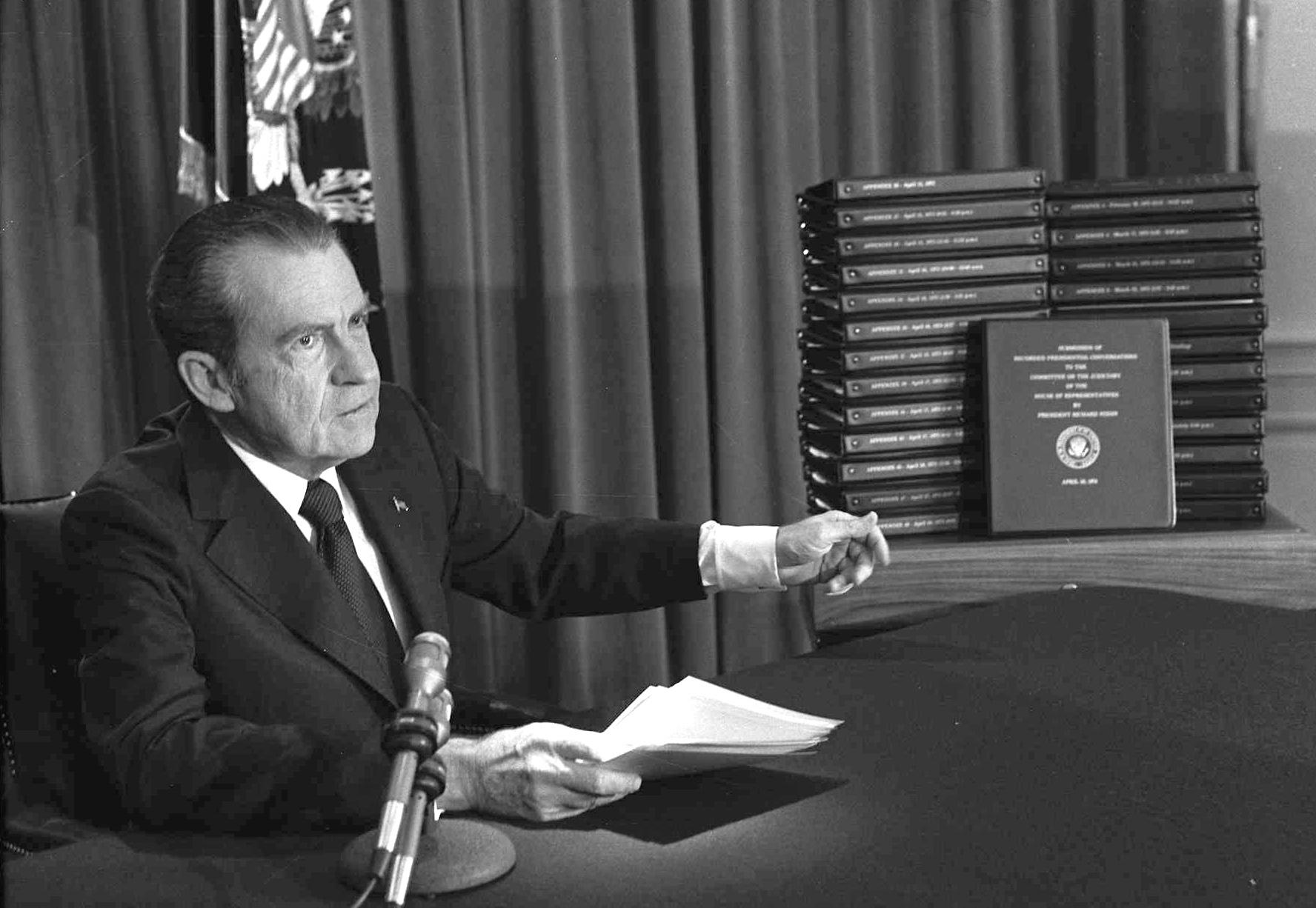 In this April 29, 1974 file photo, President Richard M. Nixon points to the transcripts of the White House tapes in Washington, after he announced on television that he would turn over the transcripts to House impeachment investigators. (AP Photo / File)

THEN: Nixon’s exit was sealed when members of his own party came out against him, with some breaking ranks and voting to adopt articles of impeachment. Three top Republican leaders in Congress, including Sen. Barry Goldwater of Arizona, visited Nixon at the White House in August 1974 to warn him he faced near-certain impeachment. Even Democrats who voted against convicting Clinton made clear their disapproval, with then-Sen. Joe Lieberman of Connecticut famously taking to the Senate floor to call the president’s conduct immoral.

“When we look back on ‘74, it wasn’t that all Republicans turned on Nixon – far from it. But enough did that it became apparent that he wasn’t going to be able to hold the ground,” said William Howell, a political science professor at the University of Chicago.

NOW: There have been sporadic grumblings of discontent from Republicans in Congress, most notably from Sen. Mitt Romney of Utah, but the Trump impeachment proceedings are unfolding in a considerably more partisan and polarizing time than the Clinton and Nixon eras, and there’s no reason to think there’s going to be any significant abandonment in support of Trump from his own party. 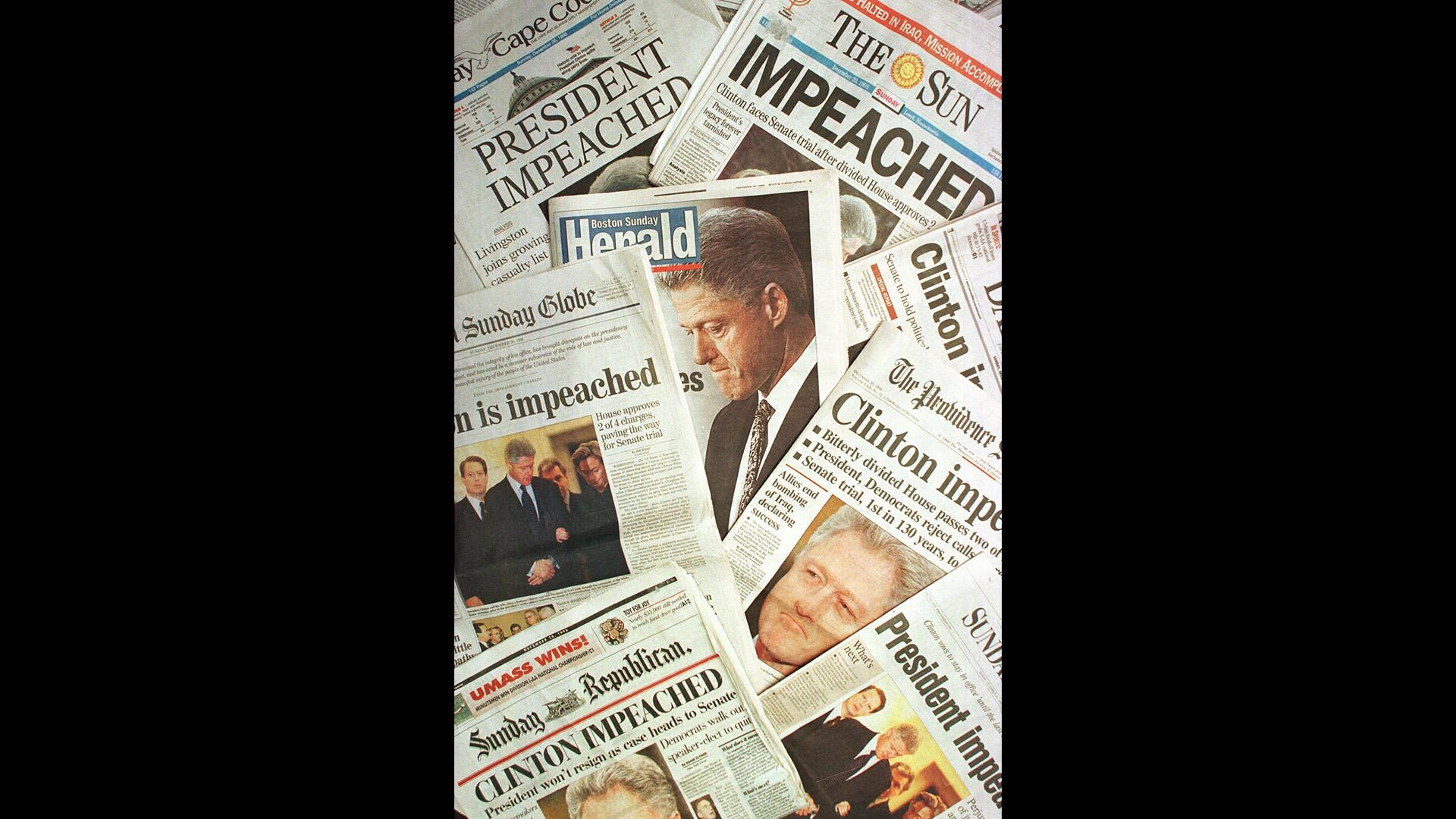 This is a photo montage showing the Sunday, Dec. 20, 1998 editions of newspapers from Massachusetts and Rhode Island with headlines of President Clinton’s impeachment. The newpapers shown are: The Patriot Ledger, The Sun, Cape Cod Times, Boston Herald, The Boston Globe, The Metrowest Daily News, Sunday Republican, The Providence Journal and Sunday Telegram. (AP Photo / Peter Lennihan)

THEN: There was no internet during the Nixon administration and it wasn’t yet in widespread use even during the Clinton era. Twitter, Facebook and other social media platforms were years away. When Americans tuned in to Senate Watergate hearings, they participated in a communal experience, watching the same live programming.

NOW: It’s safe to expect that the president, known to consume television news shows in the morning and tweet in response to what he sees, will be keeping careful track of the impeachment proceedings. He’ll likely counterpunch in real time. That instantaneous response could rapidly shape the public narrative, while TV networks that have surfaced since the Watergate era to appeal to partisan interests – Fox News Channel on the right and MSNBC on the left – could strengthen or reaffirm preexisting views. 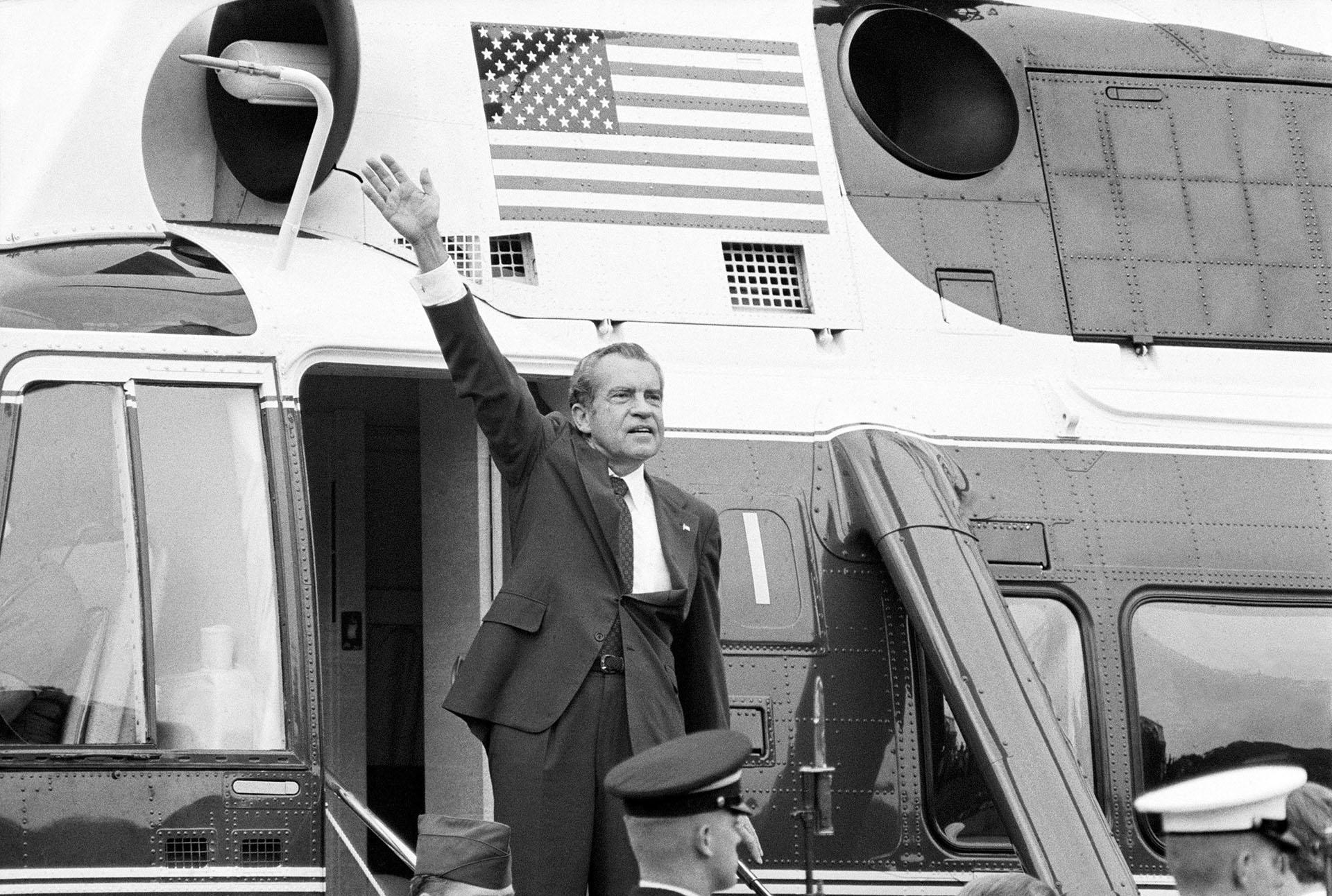 In this Aug. 9, 1974 file photo, President Richard Nixon waves goodbye from the steps of his helicopter outside the White House, after he gave a farewell address to members of the White House staff. (AP Photo / Chick Harrity)

THEN: Sure, Nixon railed against his critics, including the media. And, yes, Clinton and his supporters attacked Starr. But both – one a career politician, the other a Yale-educated lawyer – accepted their fates and respected the institutions that decided them.

Clinton delivered a Rose Garden statement as the House moved toward impeachment, and though he didn’t mention the “I-word,” he conveyed contrition. The president accepted “responsibility for what I did wrong in my personal life” and pledged to push the country forward. Nixon accepted a Supreme Court opinion that forced him to turn over incriminating personal recordings and resigned before he could be impeached.

NOW: It remains to be seen how willingly Trump will accept whatever courts and the Congress decide. Trump famously equivocated in 2016 on the question of whether he would accept the election results if he were to lose to Democratic rival Hillary Clinton. He’s similarly called the impeachment inquiry a hoax, just as he did special counsel Robert Mueller’s Russia investigation.

The White House has sought to stonewall the impeachment inquiry by directing executive branch employees to skip their appearances, but many officials defied the directive and showed up anyway. That recalcitrance raises questions about how prepared the president is to comply with directives from the court – should they come – or to accept whatever outcome awaits him in Congress.

“The president has never had the gall to essentially just tell Congress to go screw itself in an impeachment investigation,” Bowman said.

Trump to Release April Call with Ukraine Leader This Week