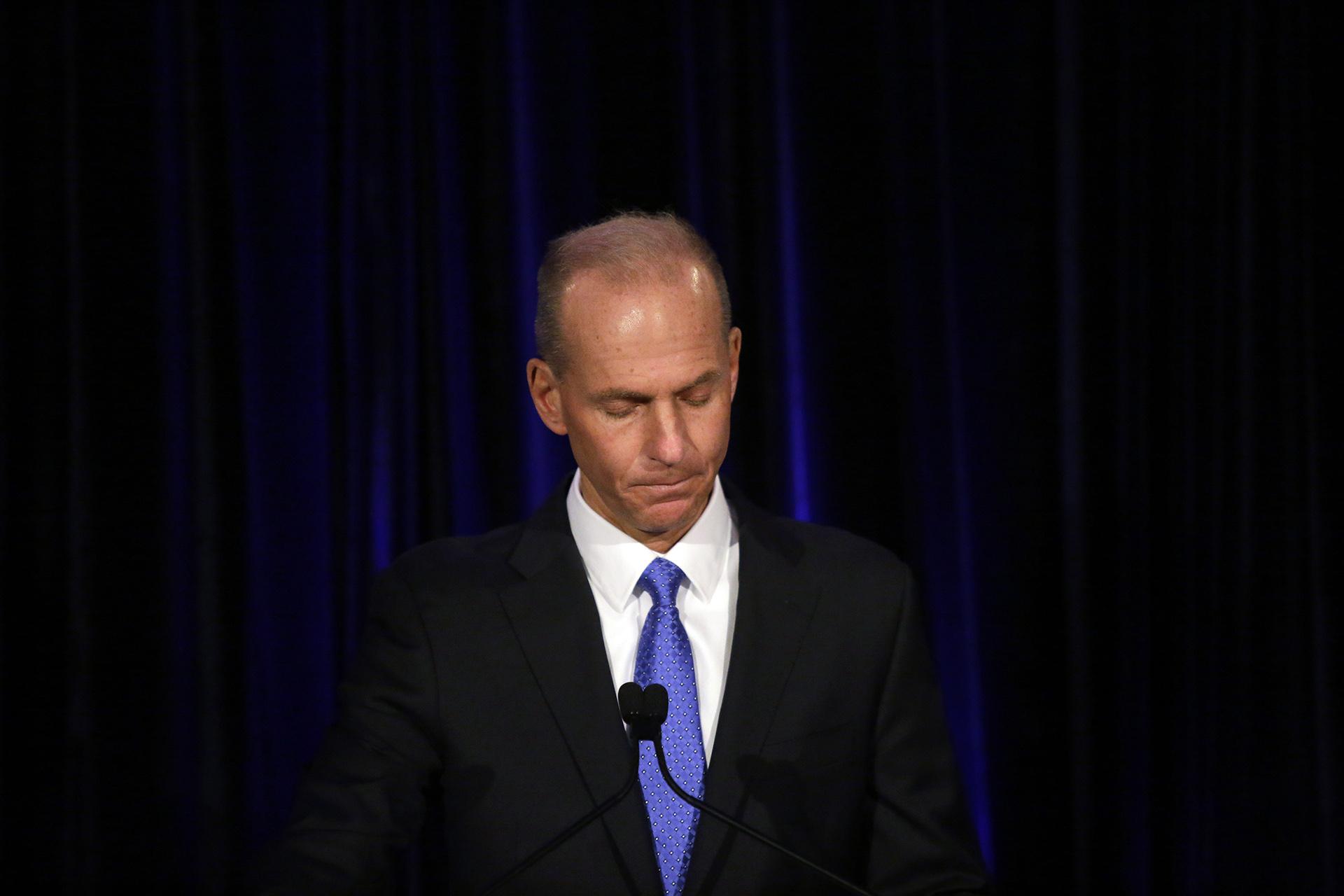 On the anniversary of the first of two deadly crashes involving Boeing 737 Max jets, the CEO will tell Congress that the aircraft company knows it made mistakes and is throwing everything into fixing the plane.

“We have learned and are still learning from these accidents,” Dennis Muilenburg said, according to comments prepared for delivery Tuesday to a Senate committee. “We know we made mistakes and got some things wrong. We own that, and we are fixing them.”

A key lawmaker said Monday that Boeing should have got things right the first time, before the Max began carrying passengers.

Muilenburg is scheduled to testify Tuesday before the Senate Commerce Committee, then again on Wednesday before the House Transportation Committee. Boeing released his prepared statement Monday.

The appearances come as Boeing faces investigations by both committees and a criminal probe by the Justice Department. It is also being sued by families of some of the 346 people who died in the crash of a Max off the coast of Indonesia on Oct. 29, 2018, and another in Ethiopia on March 10.

In their final report on the first crash, Indonesia investigators said last week that Boeing’s design of a key flight-control system made the plane vulnerable if a single sensor failed — disregarding the aviation industry’s long reliance on redundant systems to prevent disaster. They also faulted Lion Air, which operated the plane, and U.S. regulators who approved it for flight.

Most pilots did not know about the flight-control system, called MCAS, until after the Lion Air crash. At Boeing’s request, an explanation about it was excluded from pilot manuals. In his statement, Muilenburg said, “Our airline customers and their pilots have told us they don’t believe we communicated enough about MCAS — and we’ve heard them.”

Rep. Peter DeFazio, chairman of the House Transportation Committee, said he will ask why Boeing didn’t tell the Federal Aviation Administration about changes during development of the Max that made MCAS more powerful. He suggested that Boeing concealed the true power of MCAS to discourage regulators from examining the system more closely.

On both fatal flights, a faulty sensor caused MCAS to push the nose down, and pilots were unable to save the planes. Boeing is now making the nose-down pitch less frequent and powerful, and it is adding redundancy by tying it to two sensors and two computers instead of one each at a time.

“They seem to have done what they should have done to begin with, which is they made the system less radical,” DeFazio said. “There are numerous regulators looking at this, it isn’t just going to be the FAA. This will be the most thoroughly scrutinized fix in the history of the aviation industry.”

Congress is expected to consider changes to the way FAA certifies new planes and its practice of deputizing employees of Boeing and other aircraft manufacturers to perform safety tests on key components.

Some relatives of passengers who died want Boeing banned from conducting safety reviews — they want FAA inspectors to do all that work. Such a change would require a big increase in FAA’s budget. According to DeFazio, there are about 45 FAA inspectors overseeing 1,200 Boeing employees who conduct much of the actual testing.

Several relatives of Max victims want Muilenburg to pay a personal price for the accidents and Boeing’s response.

“We don’t think Muilenburg should be CEO anymore,” said Michael Stumo, whose daughter Samya was on the Ethiopian Airlines Max. “He presided through this, minimizing it, trying to convince everyone it was pilot error, everything was fine, it’s a safe plane. Everything so far has been dissembling, denial, pointing the finger somewhere else.”

Muilenburg, who is expected to meet with some of the family members Wednesday, was stripped of his title as chairman of the Boeing board earlier this month. The most senior executive dismissed so far was the head of Boeing’s commercial airplanes division, Kevin McAllister.

Boeing said that on Monday evening Muilenburg visited Indonesia’s embassy in Washington to meet the ambassador and offer condolences to the Indonesian people.