There’s a new library in Chicago and it’s stocked with pretty much everything except books. It’s called the Chicago Tool Library.

“A tool library is lot like a book library, in the sense that it’s a community space where people can borrow things,” said Chicago Tool Library co-founder Tessa Vierk. “But instead of borrowing books, people are able to borrow sewing machines, hammers, drills – all sorts of equipment that they might not own themselves.”

This is the city’s first and only tool library, but the concept has been implemented in cities across the world, including Amsterdam, Sydney and Accra, Ghana.

An early adopter of the idea – and the place where Vierk says she was first introduced to it – is the Tool Lending Library in Berkeley, California, which was first established in 1979.

“It’s really exciting and unique in the sense that it is part of the public library system,” Vierk says. “If you have a public library card in Berkley or in Oakland you can borrow tools. It’s just that simple.”

Chicago’s tool library isn’t quite there. For now, city residents can sign up for a membership with the nonprofit and pay an annual fee that’s set at a sliding scale. The recommended amount is $1 for every $1,000 of annual income. Members can borrow seven tools per week – from Crock Pots and pasta makers to gardening tools and a wet tile saw.

The library opened its doors in late September after Vierk and her business partner and library co-founder Jim Benton surveyed Chicago residents for their opinions, racked up enough tool donations and raised money on a crowdfunding website. 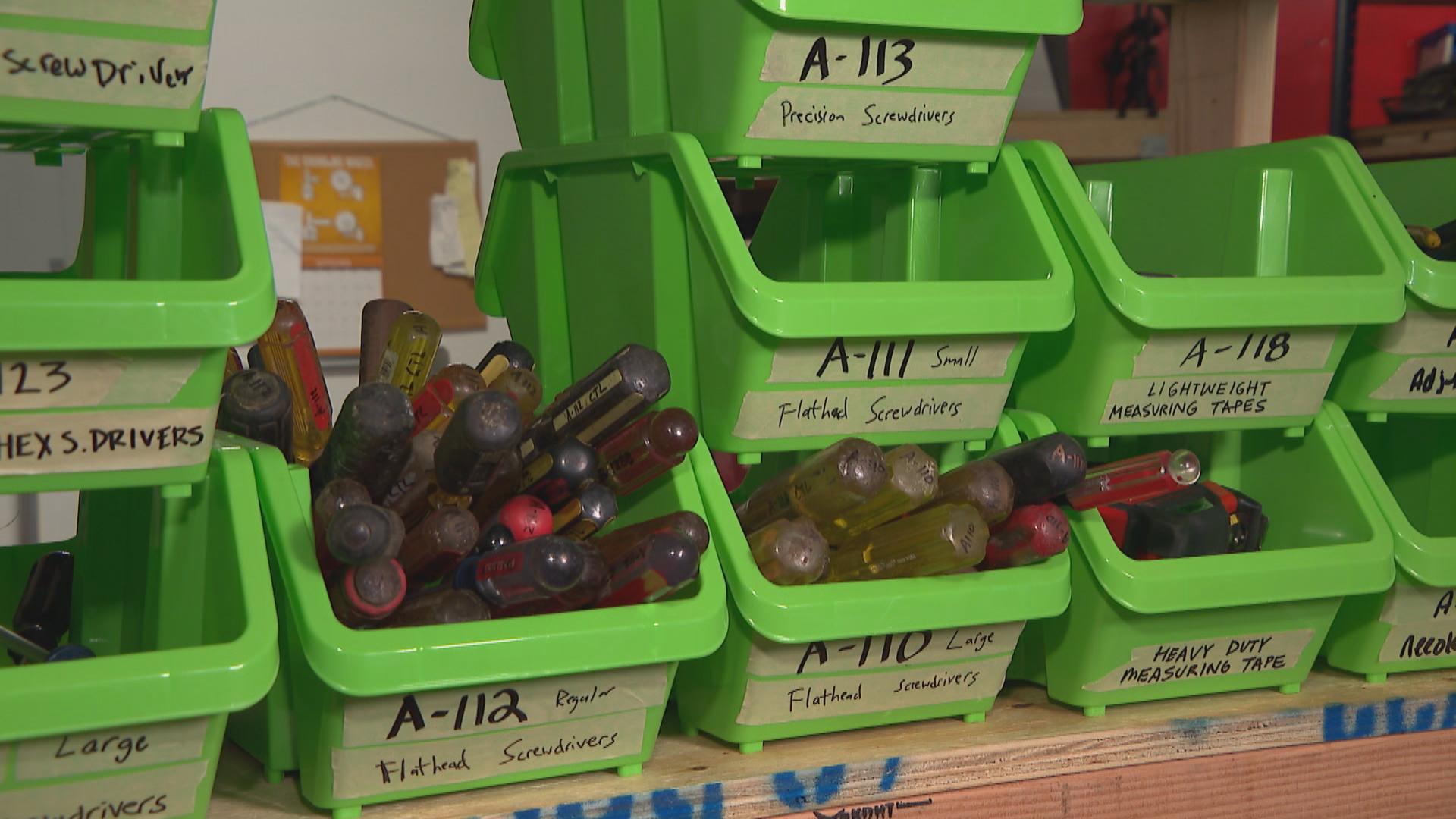 Benton had his first experience with a tool library in Portland, Oregon, where he volunteered and eventually became a board member.

“It made me think about the way that groups of people can accomplish things differently,” he said. “Seeing neighbors come in and share knowledge with each other and talk about the projects they were working on and how they were empowered to improve their homes and their neighborhoods was a really motivating experience and was a really positive and constructive thing to see happen.”

The co-founders said a large part of the tool library concept plays into providing equitable access and bettering the environment.

Vierk and Benton say they hope to open more tool library locations and start workshops and safety classes for members in the near future.