The Chicago Teachers Union and city negotiators have reached more than 80 tentative agreements on various issues as of Wednesday night, according to CPS Chief Education Officer LaTanya McDade. But the district is still waiting on counterproposals from the union on “top priorities” like class sizes, staffing and prep time.

“At the end of the day we all have the same North Star: we want our students back in the classroom. Many of our students are missing out on key opportunities that can be life changing,” McDade said during a press briefing Thursday morning outside Malcolm X College where bargaining negotiations are taking place.

Already the school district has postponed PSAT and SAT assessments until next week. If students aren’t able to take the PSAT before Nov. 1, they may miss out on applying for National Merit Scholarships, McDade said.

“It’s not about making ultimatums,” McDade said. “It’s also about a sense of urgency and being honest about where we are at the bargaining table. There’s a lot at stake for our students. So when I say this can’t go into next week, I’m saying that we cannot continue to have students out of the classroom and this impacts the progress we’ve made as a district.” 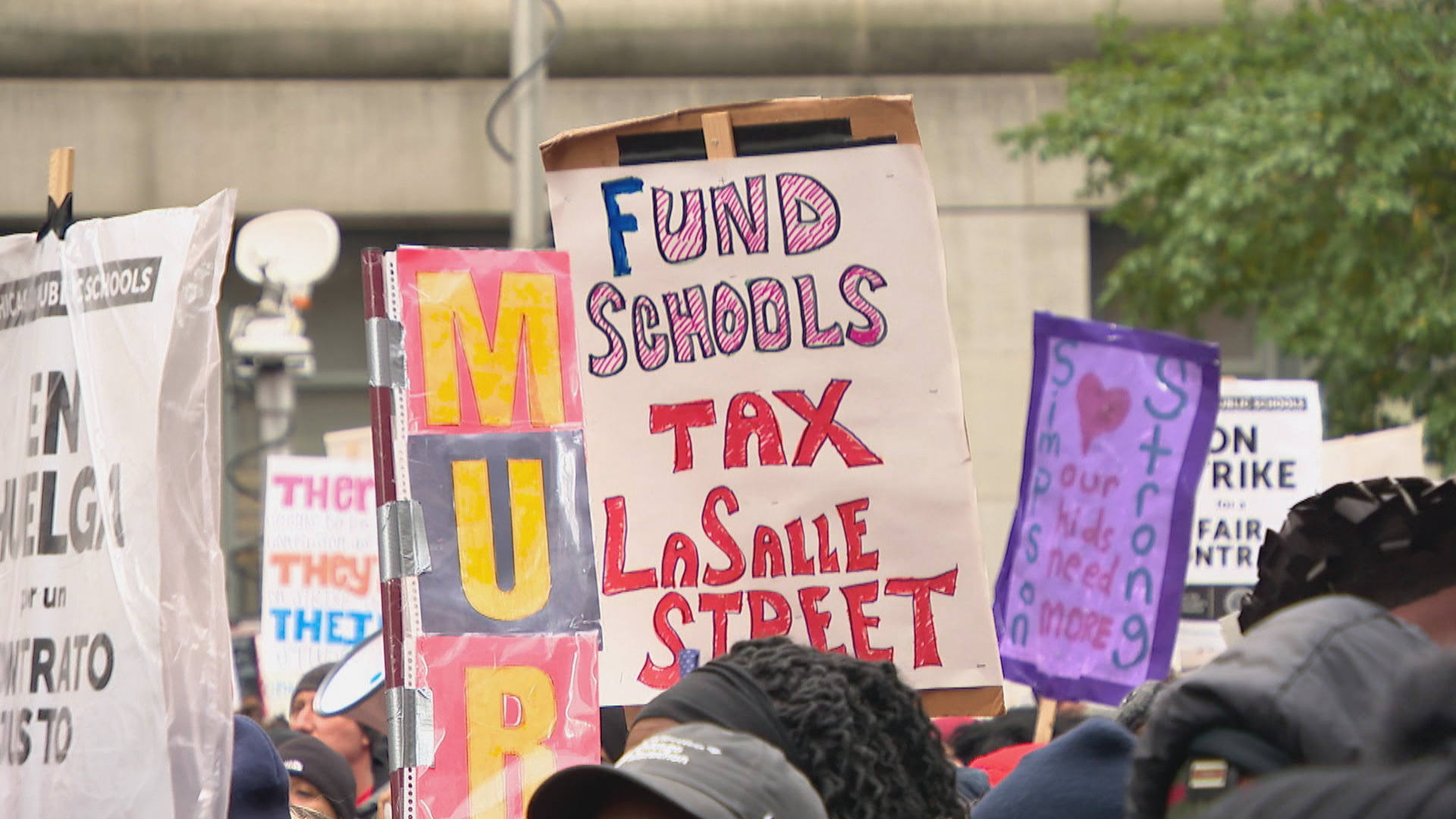 Thousands of Chicago Teachers Union members flooded the Loop on Wednesday for a rally on day five of their ongoing strike. (WTTW News)

Speaking at a separate event Thursday morning, Mayor Lori Lightfoot said she’s concerned about students planning to apply for Free Application for Federal Student Aid (FAFSA) before the end of this month.

Lightfoot has said she’s done all she can, that her office has made proposals – and put in writing, as CTU requests – for a nurse and social worker in every CPS school over the next five years, and that they’ve made proposals to reduce class sizes in high-poverty schools first.

But the union says the two sides have gotten “nowhere” on enforcement language for capping class sizes or setting staffing levels.

“And that’s actually the problem,” CTU Vice President Stacy Davis Gates said Wednesday evening, “because enforcement language is going to cost money and the mayor is running around the city talking about you can’t bail CPS out. A bailout for a smaller class size? Come on. That’s not a bailout, that’s an investment in the future of our country.”

She said the agreements that have been made thus far aren’t on the “sexy” items, but rather smaller issues that won’t affect broad change in the classroom. CTU leaders have also repeatedly chided the city for not acting sooner to resolve these issues before the strike began.

One step the mayor took Wednesday was to declare a TIF surplus of $300 million. Of that, $163 million will go toward Chicago Public Schools – but these additional funds won’t meet all of CTU’s demands, they’ll just help cover the existing contract offer.

Negotiations are expected to continue throughout the day Thursday.