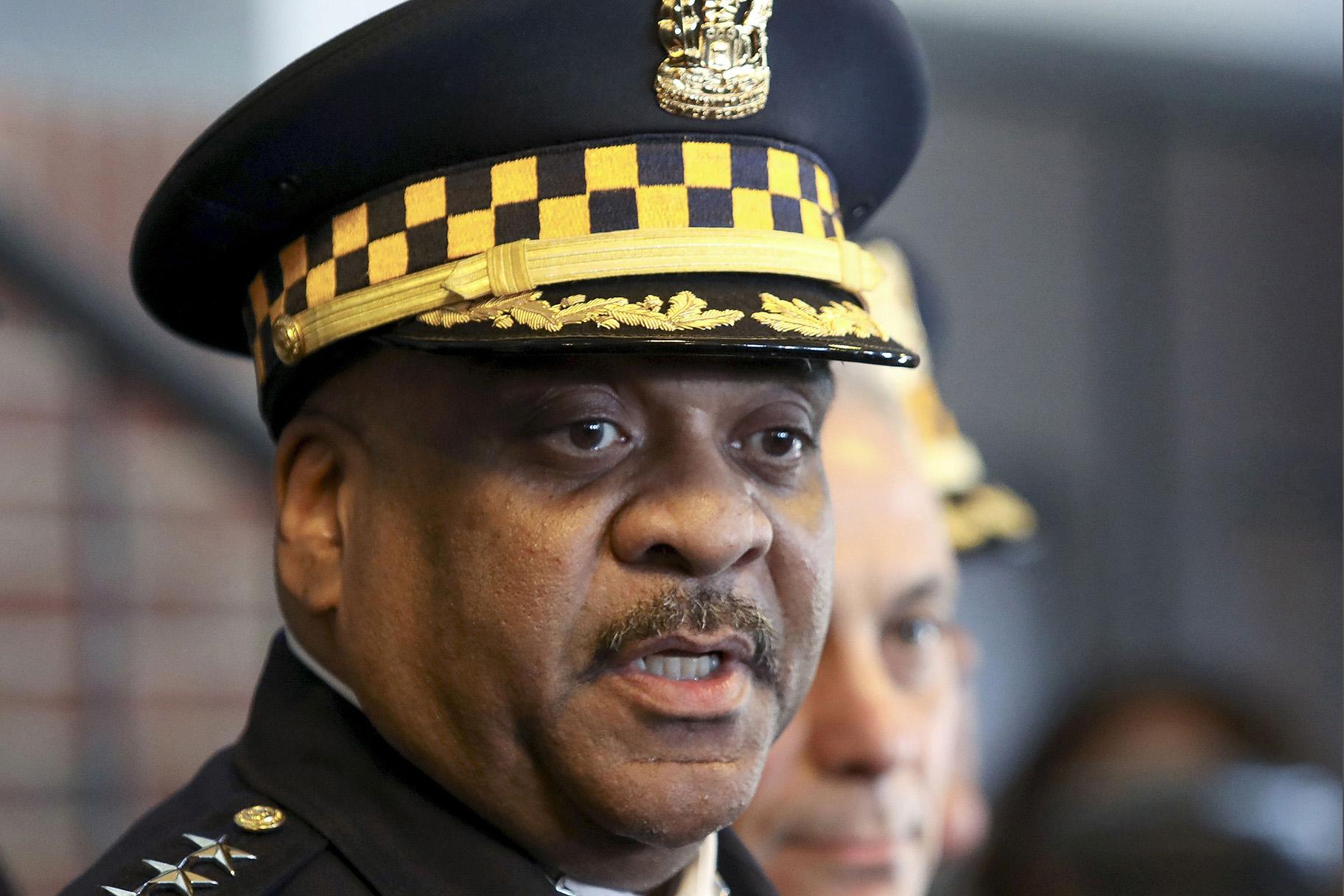 CHICAGO (AP) — President Donald Trump’s appearance next week at a police chiefs conference will be his first visit as president to Chicago, a city he has ridiculed for years. The city’s top cop plans to skip the speech, even though he’s hosting the event.

Police Superintendent Eddie Johnson’s apparent snub of Trump’s speech Monday at the International Association of Chiefs of Police Conference is the latest chapter in a long and contentious relationship between the Republican president and the nation’s third-largest city, a Democratic stronghold.

“The values of the people of Chicago are more important to him than anything that could be discussed at that speech,” Johnson’s spokesman, Anthony Guglielmi, said shortly after the White House announced Trump’s planned address at the conference.

Guglielmi added that Johnson will be hosting and attending several events at the conference.

Since his campaign, Trump has repeatedly singled out the city, both for what he says is its unwillingness to get tough on criminals and what he complains is a willingness to coddle immigrants living in the country illegally. His mere presence in the city prompted him to leave without making a speech at a campaign rally in 2016 after protesters and supporters clashed even before he made it to the stage.

Even before that, he drew the ire of city officials when he attached 20-foot-tall letters spelling “TRUMP” on the side of his Trump International Hotel and Tower. Trump took great pleasure when then-Mayor Rahm Emanuel concluded there was nothing he could do about the letters, no matter how “architecturally tasteless” they were.

Trump blamed the Chicago Tribune’s architecture critic for stirring up opposition about the signage, calling him a “third-rate architectural critic.” It was a precursor to his more recent ridicule of House Speaker Nancy Pelosi as either a “third-rate” or “third-grade” politician.

More recently, Trump has used the city’s surge in gun violence to call for a crackdown on criminals.

“What the hell is going on in Chicago?” he asked at a 2017 rally in Florida. “There are those who say that Afghanistan is safer than Chicago, OK?... You know what’s wrong with Chicago? Weak, ineffective politicians. Democrats ...”

In another rally that year, Trump singled out Emanuel, telling the audience: “Better tell that mayor to get tough because it’s not working what they’re doing.”

Trump has even suggested that Chicago should embrace the stop-and-frisk policing method in which large numbers of people are temporarily detained, questioned and sometimes searched for drugs even after it was deemed unconstitutional.

He has spoken numerous times about an unnamed Chicago police officer who lamented that the department could stop the violence if they let officers do their job. That story, depending on the telling, has the officer saying police could clean things up in “immediately,” “in one week,” or “two days.”

Trump tweeted in early 2017 that he would “send in the Feds” if “Chicago doesn’t fix the horrible “carnage” going on. Johnson responded by saying he didn’t know what Trump was suggesting he was going to do, and Emanuel rejected the president’s offer if that offer was to send in the National Guard.

The president has made false assertions about gun violence in Chicago, starting with his contention during his campaign that the city has the toughest gun laws in the United States. By the time Trump the candidate was making that assertion in 2015, many of the city’s gun laws had either been overturned or gutted. Then, shortly after he was inaugurated in 2017, he claimed two people were fatally shot during former President Barack Obama’s farewell address a few weeks earlier.

The Tribune reported that its own database showed “no slayings for about 24 hours before or after Obama’s speech.”

A reference to the city made it into a statement former Trump attorney Michael Cohen released earlier this year before an appearance in front of the U.S. House. He spoke of Trump driving through a struggling Chicago neighborhood and remarking that only black people could live that way.

Chicago also has taken a leading role in the president’s battle with so-called sanctuary cities. After a federal appeals court ruled that then-Attorney General Jeff Sessions cold not tie the distribution of federal grant money to cities’ willingness to cooperate with immigration authorities, a federal judge ruled in favor of the city in its lawsuit over the Justice Department’s attempt to tie the money to new immigration requirements, including giving federal agents access to local jails. But just a few months ago, a federal appeals judge ruled that the Justice Department could give preferential treatment in awarding community policing grants to cities that cooperate with immigration authorities.

When Trump later said he was strongly considering placing “Illegal immigrants in Sanctuary Cities only,” Emanuel quickly shot back that Chicago would “welcome these migrants with open arms.”

Johnson’s announcement about the conference comes just days after he told reporters that he was ordering an internal investigation of himself after he was found asleep in his SUV at a stop light. Officers let him drive home without a roadside sobriety test. Mayor Lori Lightfoot said Johnson acknowledged to her that he’d had “a couple drinks with dinner.”