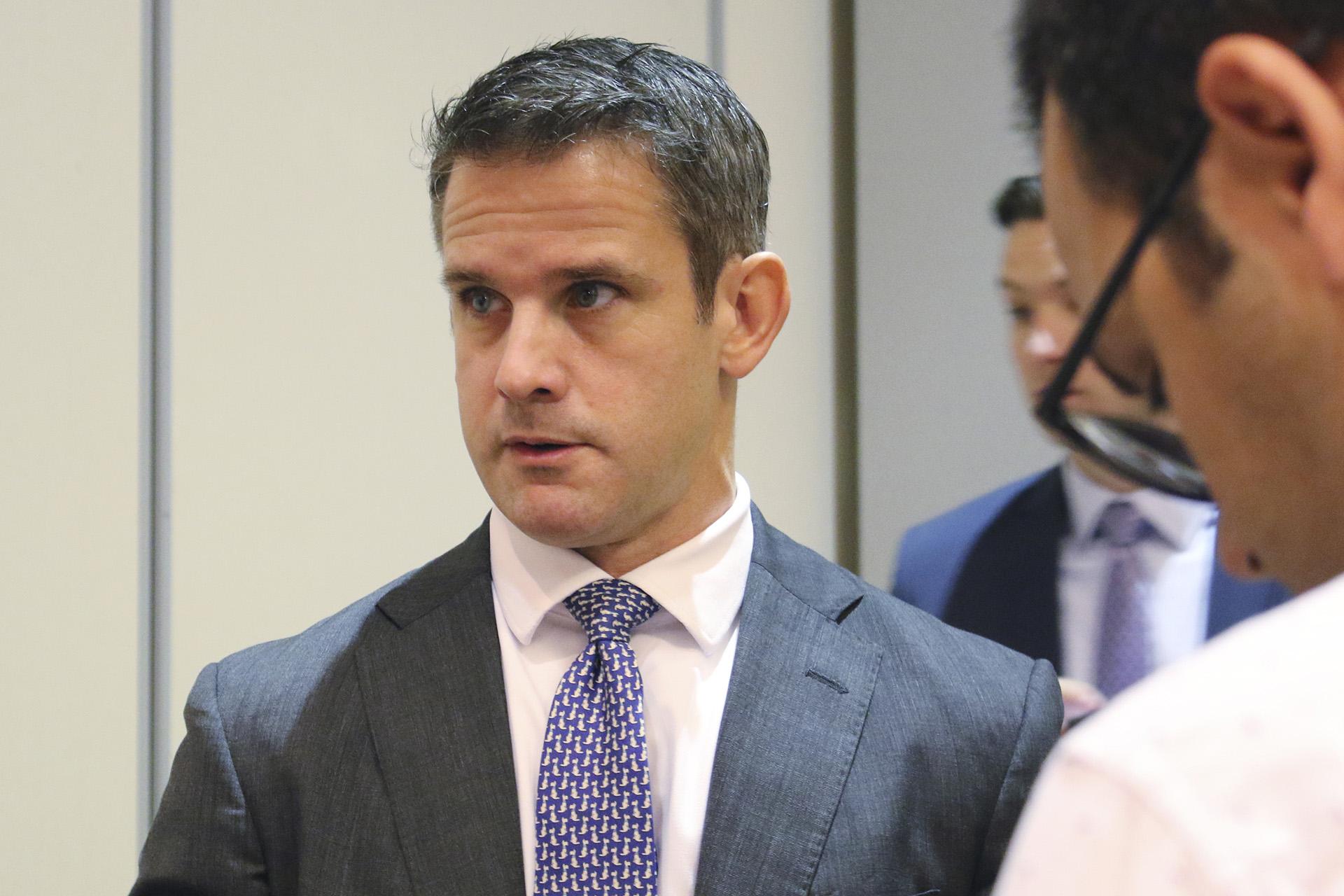 CHICAGO (AP) — They don’t like the talk of impeachment, but there’s a small and growing number of Republicans who want the Democratic-run House investigation of President Donald Trump to proceed.

Several House Republicans have said in recent days that they want answers to questions about Trump’s dealings with Ukraine’s president. By contrast, Republican leaders in the House have vigorously defended Trump and accused Democrats of trying to undo the 2016 election. Trump has gone on the offensive, responding at times with name-calling of his critics and expletives.

The handful of lawmakers who say they’re “troubled” or concerned by the allegations account for a small fraction of the 197 House Republicans. Still, their comments represent thin cracks in what has been a solid foundation for Trump, a sign that some rank-and-file Republicans are unwilling to dismiss the inquiry as baseless. It’s creating distance for them from the president as they consider the political consequences and wonder whether other damaging information may emerge.

But he and some others, including moderates in tight reelection races, say Democrats went too far by starting an impeachment inquiry. These lawmakers say that the process began before Democrats had all the facts and that their rush will stymie progress on other issues and further divide the country.

“You can get answers to those questions without raising the temperature as they have,” said Kinzinger. He represents a safe Republican district in northern Illinois that supported Trump in 2016, though Kinzinger has at times criticized the president.

Republican Rep. Jaime Herrera Beutler, who represents a Washington state district that Democrats have targeted, said in a statement that the “allegations are serious and efforts to get all of the facts demand continued transparency.”

She said that based on the rough transcript released by the White House of Trump’s call in July to Ukraine’s leader and a whistleblower’s complaint raising concerns about the president’s dealings with Ukraine, “the allegations of coercion remain unproven. No one is above the law, but for the sake of this nation we should all follow a process that does not put conclusions before facts.”

Lawmakers had little new to say Thursday after Trump seemed to flout the criticism by saying China should investigate the Bidens, too. After being read Trump’s comments, Kinzinger said that he didn’t have all the facts and that weighing in would be “exactly what I’m accusing the Democrats of starting an impeachment inquiry over.”

Rep. Don Bacon, R-Neb., said that Trump was “fighting back” and that the comments didn’t amount to an impeachable offense.

“He’s countering what he sees as an unfair attack. But I don’t think it’s good for America. We need to de-escalate,” he said.

Bacon, a retired Air Force brigadier general who narrowly won his Omaha-centric district in 2018, has been treading carefully.

“The Democrats ... some of them, not all of them ... it’s been impeachment and resistance since Day One of the Trump administration,” Bacon said this week, adding most Americans want to see Washington move beyond partisan gridlock.

But he also said “it showed poor judgment to make these contacts to Ukraine,” adding, “I think our president could do better. He’s part of the animosity that gets spread out there. But he’s also the recipient of a lot of it, as well.”

The GOP lawmakers’ comments reflect the difficult search for middle ground in the polarized political climate.

Last week, Rep. Mark Amodei, R-Nev., was forced to clarify his remarks after he was asked about the inquiry and responded by saying, “Let’s put it through the process and see what happens.” After calls from GOP leaders and posts on Facebook that called him a “traitor,” Amodei said he was not endorsing the impeachment process but wanted House committees to investigate.

Rep. Fred Upton, R-Mich., said he doesn’t support the impeachment inquiry but does back efforts by House committees to investigate the whistleblower’s allegations.

“There are legitimate questions that have to be asked, and people are going to be required to answer them,” said Upton, who has represented his southwestern Michigan district for more than 30 years. He won in 2018 by his smallest victory margin, and Democrats are eyeing the district again in 2020.

Republican Rep. Brian Fitzpatrick, a former FBI agent who went to Ukraine on an anti-corruption mission for the FBI in 2015, called the whistleblower’s complaint “a serious allegation” that provides a road map for witnesses to be questioned.

But Fitzpatrick, who’s seeking a third term in a perennial swing district based in suburban Philadelphia’s Bucks County, has saved his toughest criticism for House Speaker Nancy Pelosi, D-Calif., saying she “needs to gather facts before making a decision like this.”

Upton, Fitzpatrick, Amodei and Herrera Beutler are among the targets of a $1 million ad campaign from Republicans for the Rule of Law, a project of the anti-Trump conservative group Defending Democracy Together. The ads call on lawmakers to speak out against what they say is Trump’s abuse of power.

“This is history in the making,” said spokesman Chris Truax. “Every Republican in Congress needs to consider whether they want to be remembered as a partisan hack or as statesmen who answered the call of history and defended the Constitution, the rule of law, and Congress’ duties as a coequal branch of government.”

Pelosi doesn’t need Republican votes to pass articles of impeachment out of the House, though for months she said she wouldn’t support impeachment unless there was bipartisan backing. That changed last week, after the whistleblower’s complaint prompted several Democrats, including several with national security backgrounds, to change course after expressing reluctance to endorse impeachment.

Earlier this week, Kinzinger criticized Trump for his tweet of a comment from a conservative pastor who said that if Democrats were to remove the president from office, it would provoke a “Civil War-like fracture” in the country. Kinzinger, a former Air Force pilot who served in Iraq and Afghanistan, tweeted that he has visited nations “ravaged by civil war” and that “I have never imagined such a quote to be repeated by a President. This is beyond repugnant."

Two days later, Trump’s campaign announced four of Illinois’ five Republican congressmen will be honorary co-chairmen of his reelection effort in Illinois. Kinzinger was the only member of the delegation excluded.

But after not supporting Trump in 2016, Kinzinger said Thursday he will back Trump’s reelection.