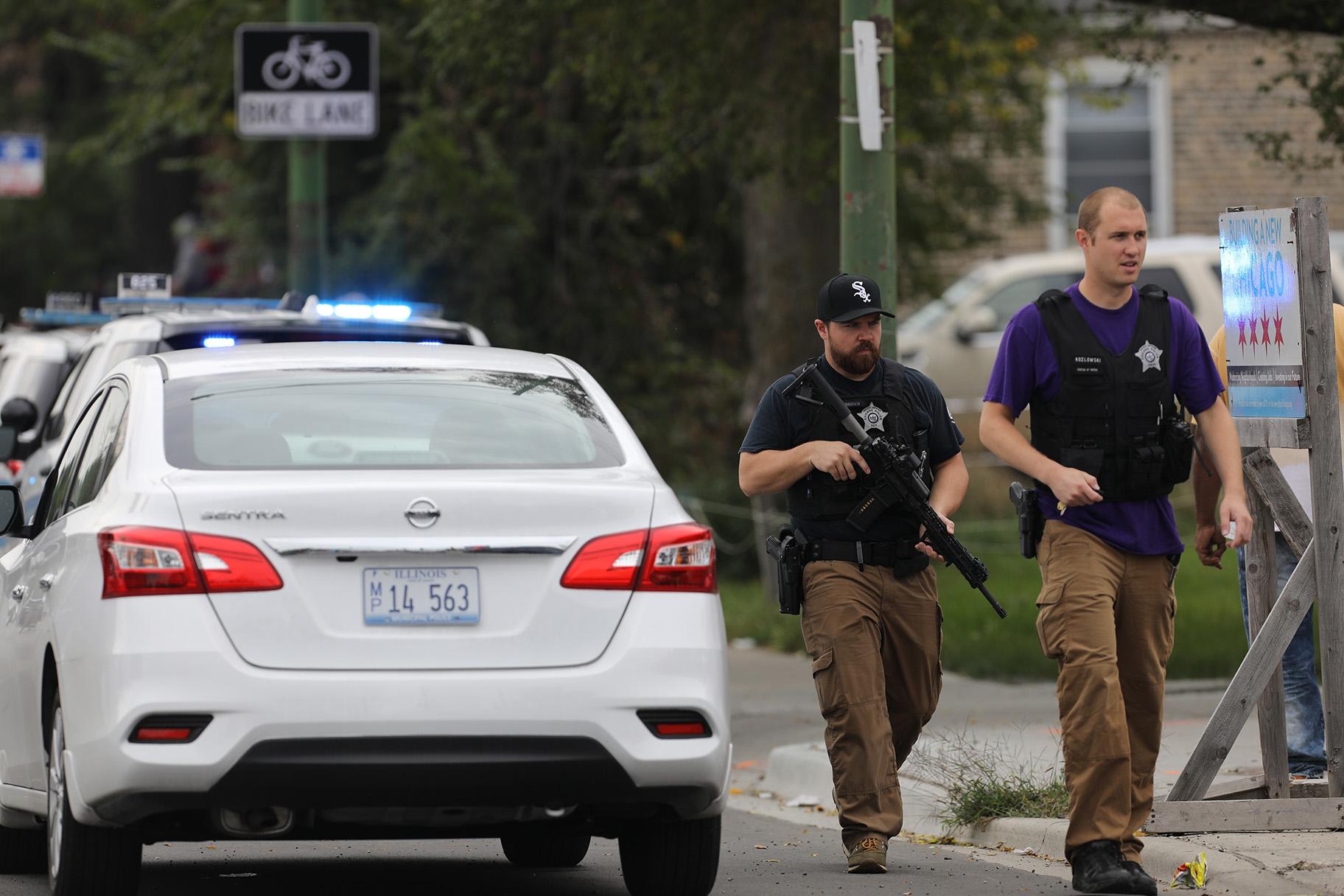 Police search for a suspect that shot a Chicago Police Department officer, near 63rd and Damen, Saturday, Sept. 21, 2019. The shooting happened around 8:40 a.m. (Abel Uribe / Chicago Tribune via AP)

CHICAGO (AP) — A man suspected of shooting and wounding a Chicago police officer on Saturday and of being the bicyclist who shot a woman in broad daylight near downtown days earlier has been captured, police said.

Officials announced at a press conference that Michael Blackman, 45, was apprehended following an armed encounter with officers. The individual was shot by police and no officers were injured, police spokesman Anthony Guglielmi said, adding that a gun was recovered from the scene. 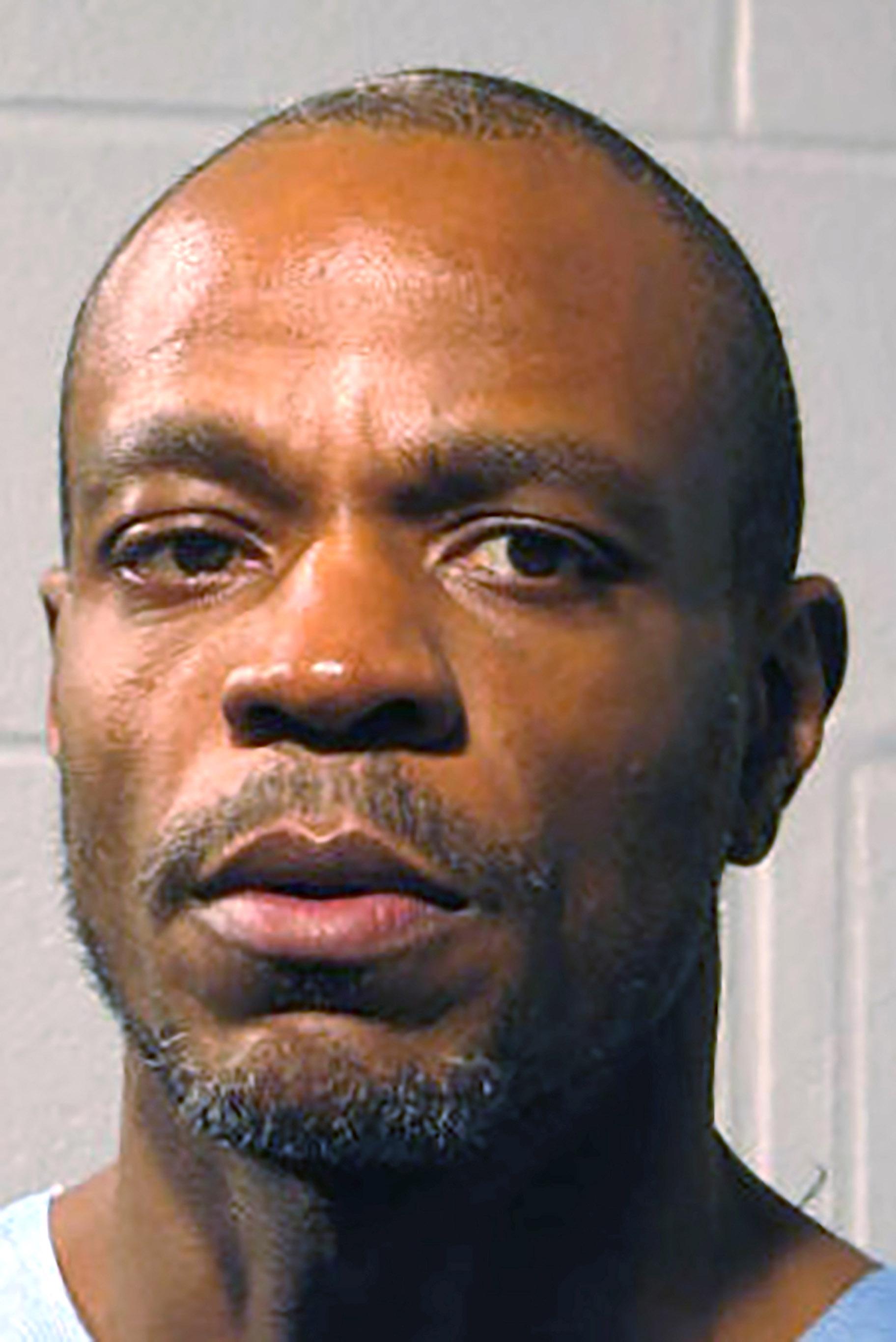 The officer was shot and wounded around 8:40 a.m. while serving a warrant on the city’s South Side. Guglielmi said police and federal agents then began searching the area for the suspect.

The wounded officer, whose name wasn’t released, is 40 years old and a 16-year Chicago police veteran in the fugitive apprehension team, Police Superintendent Eddie Johnson said during a news conference at Christ Medical Center in Oak Lawn, where the officer was treated.

The officer underwent surgery and was hospitalized in stable condition. Doctors said the officer was shot once in the groin and twice in his lower left leg. He lost nearly a third of his blood despite applying a tourniquet on himself, Guglielmi tweeted.

“He came basically bleeding to death,” said Jane Kayle Lee, the trauma surgeon who operated on the officer for about 2 hours. “He had already lost a significant amount of blood.”

Lee said she believes the officer will have a “good recovery.”

Mayor Lori Lightfoot went to the hospital and met with the officer’s family.

“I ask that all Chicagoans continue praying for the officer and his family,” Lightfoot said at the news conference. “Also, keep all of our first-responders in our thoughts and prayers. They run to danger to protect us.”

On Friday, police released surveillance video from a bicycle shop showing Blackman at the counter getting a flat tire fixed just minutes before he allegedly rode up to a woman and shot her in the back. Johnson said the woman underwent surgery and is expected to survive.

Two other officers were injured in an unrelated case early on Saturday. Police say the officers responded to a call about a man with a gun inside of a South Side restaurant shortly after 4 a.m. After the officers patted down the man and found his gun, he pushed past them, ran outside, got into a vehicle and drove off, dragging both officers before getting away.

The two officers were hospitalized with abrasions, contusions, internal injuries and possible bone fractures. Their names and the name of the driver, if police know it, haven’t been released.