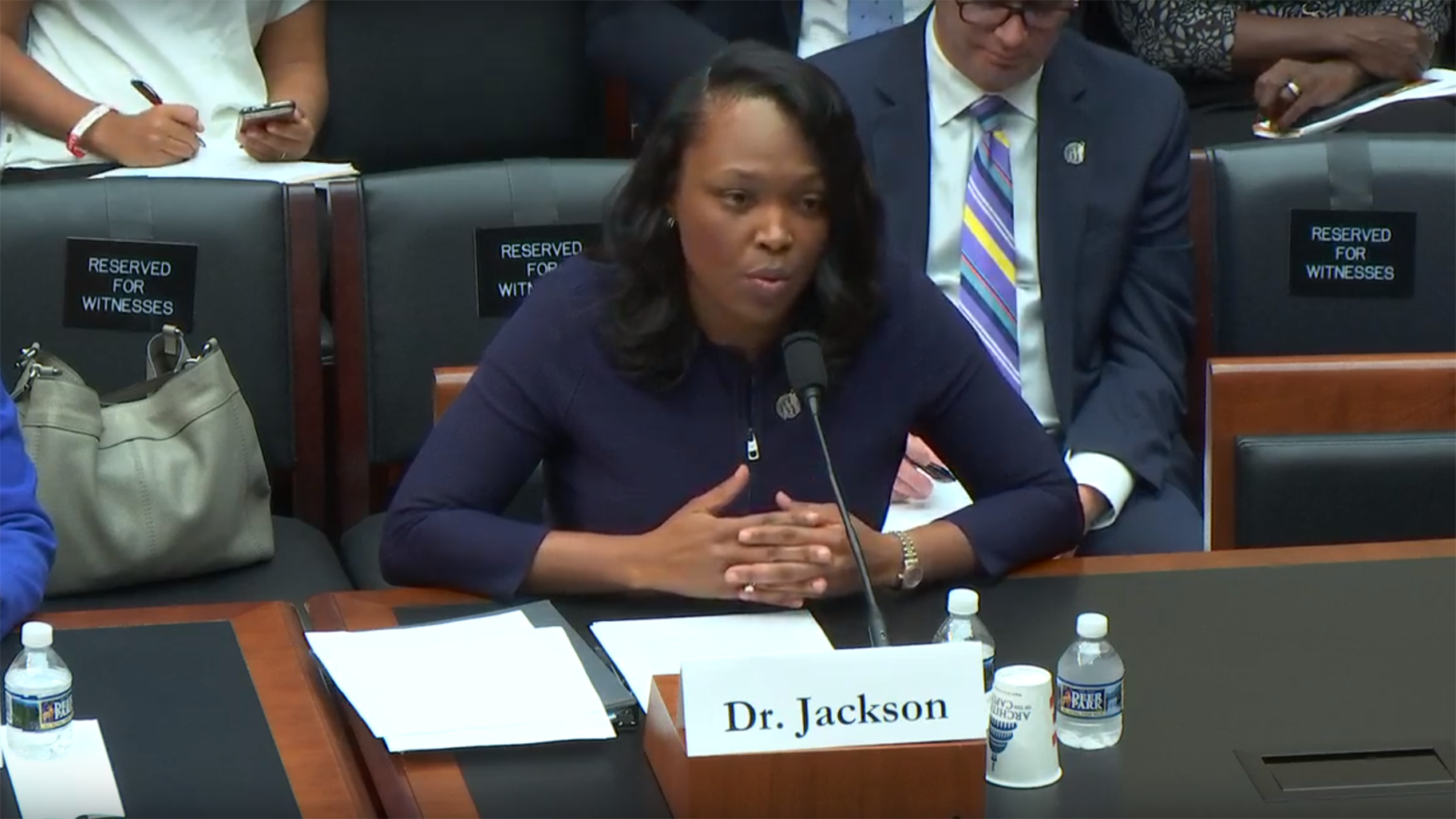 Chicago Public Schools CEO Janice Jackson took to the nation’s capital Wednesday to call for additional federal resources for local programming that helps students process and heal from violence – something that’s become a “fact of life” in many neighborhoods.

In her oral and written testimony before the House of Representatives’ Subcommittee on Early Childhood, Elementary and Secondary Education in Washington D.C., Jackson discussed the role her school district takes in combating the widespread trauma in many students’ lives.

“In too many of Chicago’s neighborhoods, that violence has become a fact of life,” she said in a written statement to the committee. “During the first half of 2016, Chicago logged more homicides than New York City and Los Angeles combined. The gun-related homicide rate for the city’s African American male population is 18 times greater than the national average, and homicide is now the number one killer of Chicago’s youth.”

Gun violence has declined in the city since that 2016 spike, but the city has already topped 350 homicides in 2019 and has recorded nearly 2,000 shootings.

Jackson was one of four speakers on a panel titled “The Importance of Trauma-Informed Practices in Education to Assist Students Impacted by Gun Violence and Other Adversities.”

She talked about how exposure to violence is “distressingly common” in many Chicago neighborhoods and often affects children.

“Left untreated, trauma becomes a form of toxic stress in the minds of our children,” she said, “leaving them at greater risk for behavior problems, poor mental health, drug and alcohol abuse, and unhealthy sexual behavior. They are also at a higher risk of committing violent crimes and becoming part of the juvenile justice system.”

Also testifying at Wednesday’s hearing were school leaders from West Virginia and Oklahoma, as well as Nadine Burke Harris, California’s surgeon general, who said children are uniquely vulnerable to the effects of what she called “overactive stress response.”

The point of Wednesday’s hearing, according to Chairman Gregorio Kilili Camacho Sablan, was to broaden the committee’s understanding of how trauma-informed care can be integrated into learning practices, student discipline and support services.

“Children across the world experience trauma; the United States is not unique in that regard,” he said. “But there are specific, preventable forms of trauma that our children experience more frequently than anywhere else in the world.

“What distinguishes us from other developed nations is that we have failed to pass basic gun violence prevention laws that are supported by an overwhelming share of our constituents. The consequences of that failure are felt in communities like Odessa, El Paso, Dayton and Virginia Beach, which have all experienced mass shootings in the past three months.

“They are also felt by residents in Chicago, St. Louis, Detroit and other cities where families live under the constant threat of gun violence.”

She also discussed the district’s Healing Trauma Together (HTT) program, which began three years ago as a result of a $1.3 million federal grant. That program is offered inside 10 CPS schools and provides teacher trainings on the impact of trauma and behavior de-escalation, along with clinicians to provide on-site trauma intervention for students.

That grant expires at the end of this month, but Jackson said the district has secured an additional $100,000 from the Chicago-based Michael Reese Trust to keep specific trainings in those schools through 2020.

“I am grateful for federally funded opportunities like the HTT program,” Jackson said. “The impact on our students is significant, particularly as they continue to cope with the reality of violence in their communities.

“To keep this vitally important work going, CPS and other school districts around the country will need additional federal funding for programs like this one – programs that allow our professionals to identify those students whose lives have been upended by trauma and provide them with the supports they need to heal.”