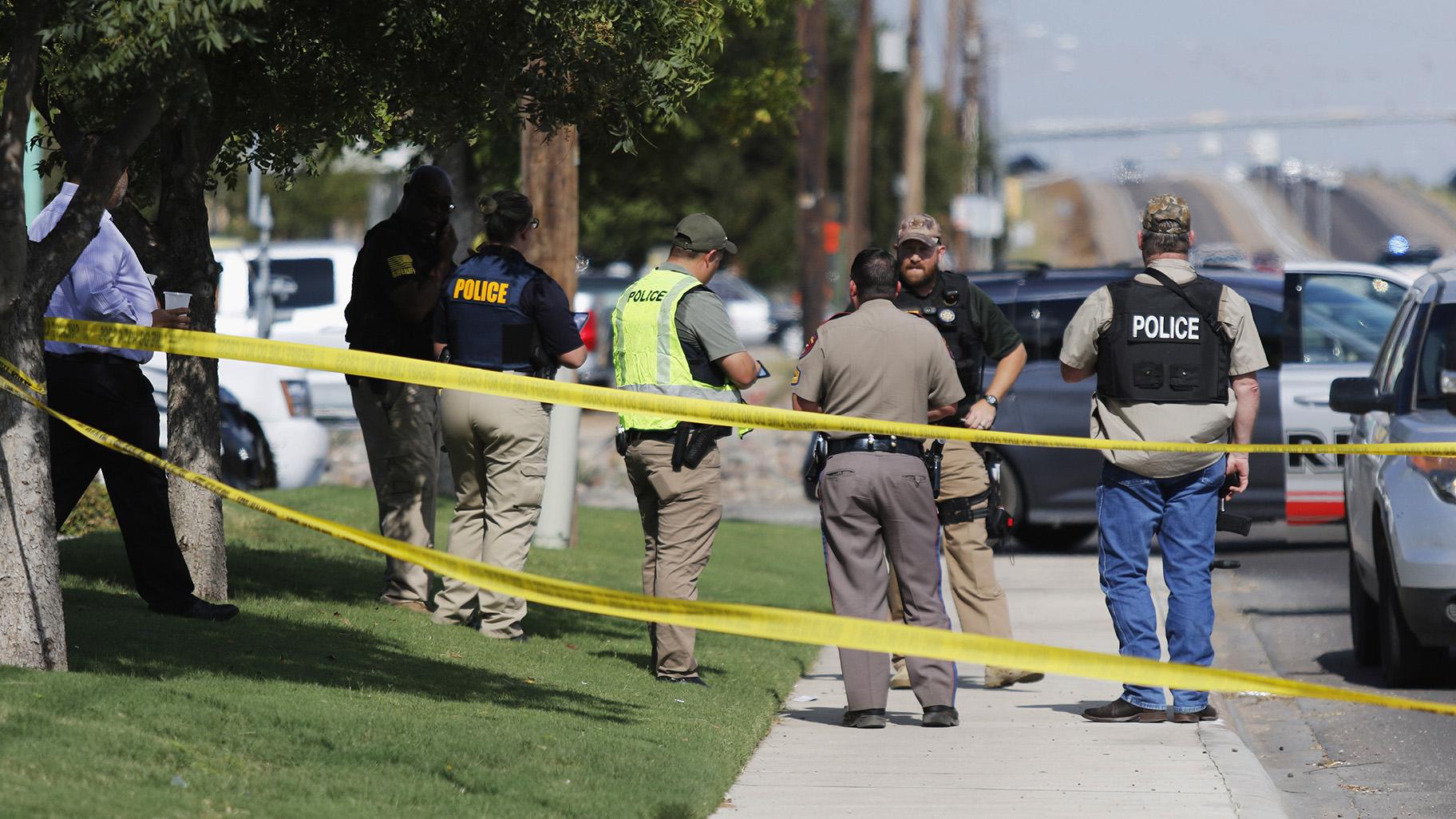 Authorities cordon off a part of the sidewalk in the 5100 block of E. 42nd Street in Odessa, Texas, Saturday, Aug. 31, 2019. Several people were dead after a gunman who hijacked a postal service vehicle in West Texas shot more than 20 people, authorities said Saturday. The gunman was killed and a few law enforcement officers were among the injured. (Mark Rogers / Odessa American via AP)

MIDLAND, Texas (AP) — The death toll in a West Texas shooting rampage increased to seven Sunday as authorities investigated why a man stopped by state troopers for failing to signal a left turn opened fire on them and fled, shooting more than 20 people as he drove before being killed by officers outside a movie theater.

Odessa police spokesman Steve LeSueur said that at least one person who was shot remained in life-threatening condition Sunday. Authorities say the gunman was a white male in his 30s, but police have not released a name or possible motive.

A news conference was scheduled for later Sunday in Odessa.

The shooting began Saturday afternoon with an interstate traffic stop where gunfire was exchanged with police, setting off a chaotic rampage during which the suspect hijacked a mail carrier truck and fired at random as he drove in the area of Odessa and Midland, two cities in the heart of Texas oil country more than 300 miles west of Dallas.

The suspect shot “at innocent civilians all over Odessa,” according to a statement from Odessa police.

The terrifying chain of events began when Texas state troopers tried pulling over a gold car mid-Saturday afternoon on Interstate 20 for failing to signal a left turn, Texas Department of Public Safety spokeswoman Katherine Cesinger said. Before the vehicle came to a complete stop, the driver “pointed a rifle toward the rear window of his car and fired several shots” toward the patrol car stopping him. The gunshots struck one of two troopers inside the patrol car, Cesinger said, after which the gunman fled and continued shooting.

Two other police officers were shot before the suspect was killed. Authorities say the trooper was in serious but stable condition on Saturday, and the other officers were stable.

Gerke said there were at least 21 civilian shooting victims.

Witnesses described gunfire near shopping plazas and in busy intersections

Shauna Saxton was driving with her husband and grandson in Odessa and had paused at a stoplight when they heard loud pops.

“I looked over my shoulder to the left and the gold car pulled up and the man was there and he had a very large gun and it was pointing at me,” she told TV station KOSA.

Saxton said she was trapped because there were two cars in front of her. “I started honking my horn. I started swerving and we got a little ahead of him and then for whatever reason the cars in front of me kind of parted,” she said, sobbing. She said she heard three more shots as she sped away.

Gerke did not go into detail about the chase, but the movie theater where the suspect was killed is more than 10 miles from where state troopers originally pulled over the gunman.

The shooting comes just four weeks after a gunman in the Texas border city of El Paso killed 22 people after opening fire at a Walmart. Texas Gov. Greg Abbott this week held two meetings with lawmakers about how to prevent more mass shootings in Texas. He said he would visit the area Sunday.

Saturday’s shooting brings the number of mass killings in the U.S. so far this year to 25, matching the number in all of 2018, according to The AP/USATODAY/Northeastern University mass murder database. The number of people killed this year has already reached 142, surpassing the 140 people who were killed of all last year. The database tracks homicides where four or more people are killed, not including the offender.

Dustin Fawcett said he was sitting in his truck at a Starbucks in Odessa when he heard at least six gunshots ring out less than 50 yards behind him.

He spotted a white sedan with a passenger window that had been shattered. That’s when he thought, “Oh man, this is a shooting.”

Fawcett, 28, an Odessa transportation consultant, “got out to make sure everyone was safe” but found that no one nearby had been struck by the gunfire. He said a little girl was bleeding, but she hadn’t been shot, and that he later found out she was grazed in the face.

Vice President Mike Pence said following the shooting that President Donald Trump and his administration “remain absolutely determined” to work with leaders in both parties in Congress to take such steps “so we can address and confront this scourge of mass atrocities in our country.”

Pence said Trump had spoken to the attorney general and that the FBI was assisting local law enforcement.

Trump has offered contradictory messages in reacting to recent mass shootings. Days after the El Paso shooting, he said he was eager to implement “very meaningful background checks” on guns and told reporters there was “tremendous support” for action. He later backed away, saying the current system of background checks was “very, very strong.”

Most recently, Trump has called for greater attention to mental health, saying that new facilities are needed for the mentally ill as a way to reduce mass shootings. However, some mental health professionals say such thinking is outdated, that linking mental illness to violence is wrong, and that the impact of more treatment would be helpful overall but would have a minor impact on gun violence. 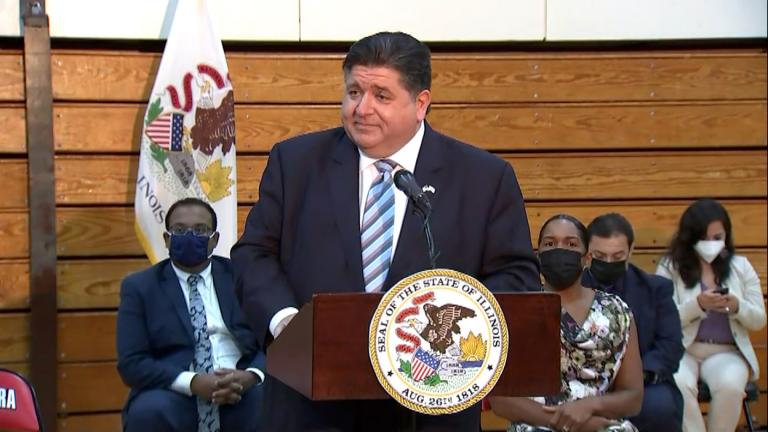