Hundreds of Black Deaths in 1919 Are Being Remembered 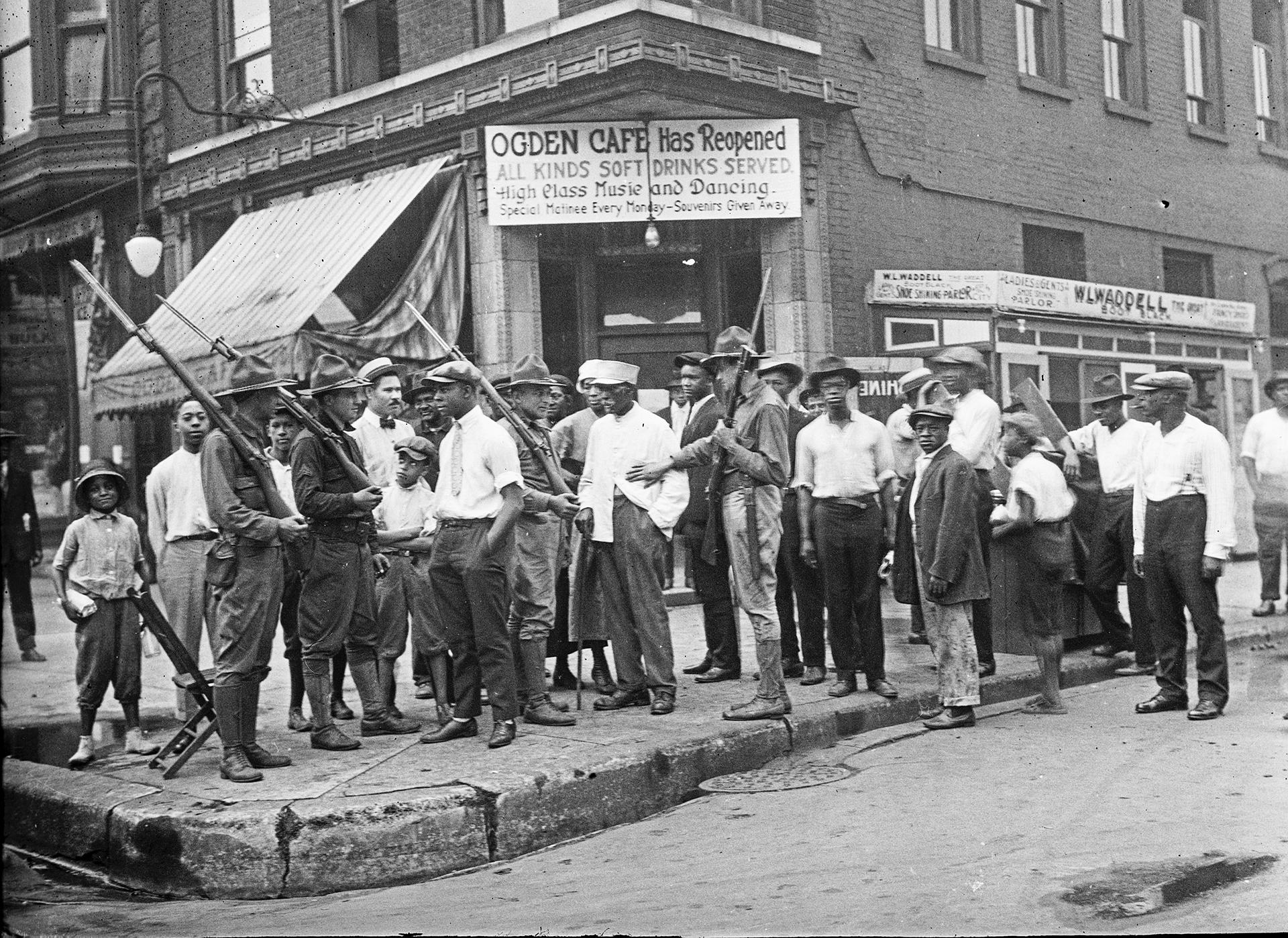 America in the summer of 1919 ran red with blood from racial violence, and yet today, 100 years later, not many people know it even happened.

It flowed in small towns like Elaine, Arkansas, in medium-size places such as Annapolis, Maryland, and Syracuse, New York, and in big cities like Washington and Chicago. Hundreds of African American men, women and children were burned alive, shot, lynched or beaten to death by white mobs. Thousands saw their homes and businesses burned to the ground and were driven out, many never to return.

It was branded “Red Summer” because of the bloodshed and amounted to some of the worst white-on-black violence in U.S. history.

Beyond the lives and family fortunes lost, it had far-reaching repercussions, contributing to generations of black distrust of white authority. But it also galvanized blacks to defend themselves and their neighborhoods with fists and guns; reinvigorated civil rights organizations like the NAACP and led to a new era of activism; gave rise to courageous reporting by black journalists; and influenced the generation of leaders who would take up the fight for racial equality decades later.

“The people who were the icons of the civil rights movement were raised by the people who survived Red Summer,” said Saje Mathieu, a history professor at the University of Minnesota.

For all that, there are no national observances marking Red Summer. History textbooks ignore it, and most museums don’t acknowledge it. The reason: Red Summer contradicts the post-World War I-era notion that America was making the world safe for democracy, historians say.

“It doesn’t fit into the neat stories we tell ourselves,” said David Krugler, author of “1919, The Year of Racial Violence: How African Americans Fought Back.”

That could change. A monument has been proposed in Arkansas. Several authors have written about the bloody summer. A Brooklyn choral group performed Red Summer-theme songs like “And They Lynched Him on a Tree” in March to commemorate the centennial. At the National World War I Museum and Memorial in Kansas City, Mathieu and author Cameron McWhirter plan to present some of their findings July 30. 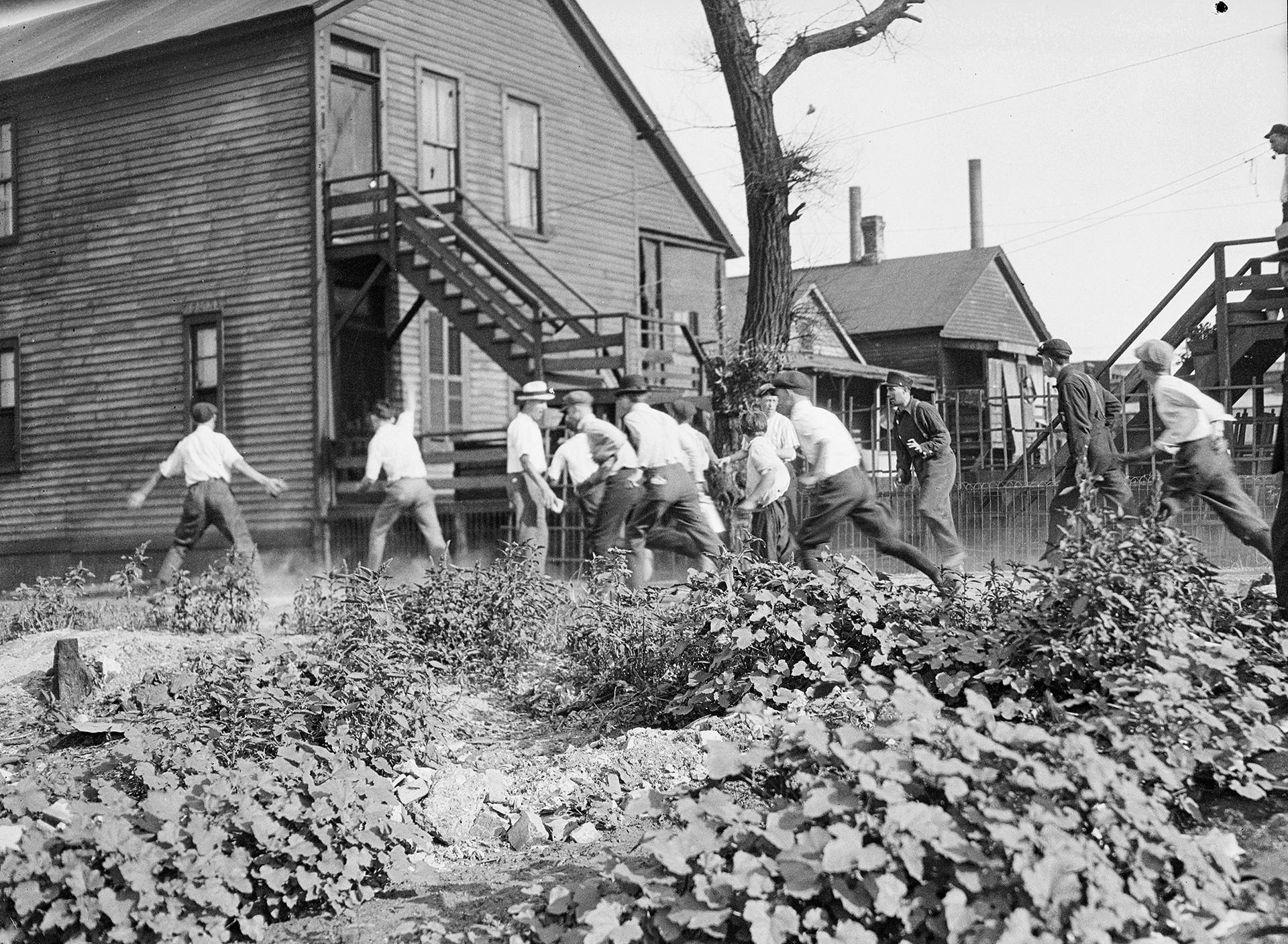 Researchers believe that in a span of 10 months, more than 250 African Americans were killed in at least 25 riots across the U.S. by white mobs that never faced punishment. Historian John Hope Franklin called it “the greatest period of interracial strife the nation has ever witnessed.”

The bloodshed was the product of a collision of social forces: Black men were returning from World War I expecting the same rights they had fought and bled for in Europe, and African Americans were moving north to escape the brutal Jim Crow laws of the South. Whites saw blacks as competition for jobs, homes and political power.

“Ethnic cleansing was the goal of the white rioters,” said William Tuttle, a retired professor of American studies at the University of Kansas and author of “Race Riot: Chicago in the Red Summer of 1919.” “'They wanted to kill as many black people as possible and to terrorize the rest until they were willing to leave and live someplace else.”

The violence didn’t start or end in 1919. Some count the era of Red Summer as beginning with the deaths of more than two dozen African Americans in East St. Louis, Illinois, in 1917 and extending through the Rosewood Massacre of 1923, when a black town in Florida was destroyed. All told, at least 1,122 Americans were killed in racial violence over those six years, by Tuttle’s count.

In the nation’s capital, white mobs — many made up of members of the military — rampaged over the weekend of July 19-22, beating any black they could find after false rumors of a white woman being assaulted by black men spread.

“In front of the Riggs Bank the rioters beat a Negro with clubs and stones wrapped in handkerchiefs; the bleeding figure lay in the street for over twenty minutes before being taken to the hospital,” Lloyd M. Abernethy wrote in the Maryland Historical Magazine in 1963. “Sensing the failure of the police, the mob became even more contemptuous of authority — two Negroes were attacked and beaten directly in front of the White House.”

Carter G. Woodson, the historian who founded Black History Month in 1926, saw the violence up close.

“They had caught a Negro and deliberately held him as one would a beef for slaughter, and when they had conveniently adjusted him for lynching, they shot him,” Woodson wrote. “I heard him groaning in his struggle as I hurried away as fast as I could without running, expecting every moment to be lynched myself.”

In Elaine, Arkansas, poor black sharecroppers who had dared to join a union were attacked, and at least 200 African Americans were killed. 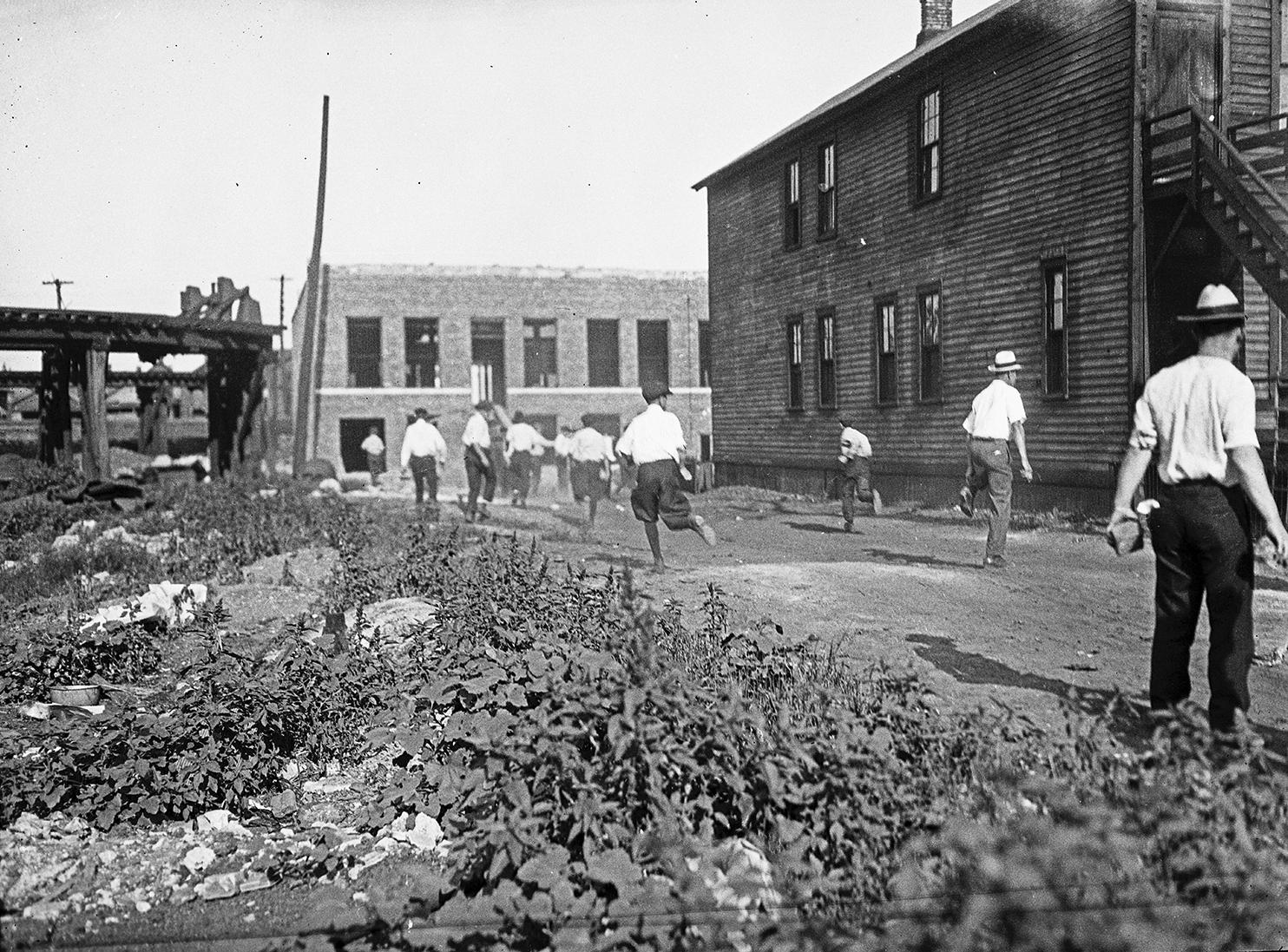 Ida B. Wells, a pioneering black journalist and one of the few reporters to interview victims, noted a woman named Lula Black was dragged from her farm by a white mob after saying she would join the union.

“They knocked her down, beat her over the head with their pistols, kicked her all over the body, almost killed her, then took her to jail,” Wells wrote in her report “The Arkansas Race Riot.” “The same mob went to Frank Hall’s house and killed Frances Hall, a crazy old woman housekeeper, tied her clothes over her head, threw her body in the public road where it lay thus exposed till the soldiers came Thursday evening and took it up.”

Black journalists like Wells played an important role in getting the story out.

“Black newspapers like the Chicago Defender were instrumental in providing an alternate voice that represented why African Americans deserved to be here, deserved equal rights and were, in some cases, justified in fighting,” said Kevin Strait, a curator at the Smithsonian National Museum of African American History and Culture.

Red Summer also marked a new era of black resistance to white injustice, with African Americans standing up in unprecedented numbers and killing some of their tormentors.

Returning black soldiers from World War I led the charge, using skills they refined in Europe.

“The Germans weren’t the enemy — the enemy was right here at home,” said Harry Haywood in his autobiography, “A Black Communist in the Freedom Struggle: The Life of Harry Haywood.”

In Washington, Carrie Johnson, 17, became a hero for shooting at white invaders in her neighborhood. She fatally shot a white policeman who broke into her second-story bedroom. She claimed self-defense, and her manslaughter conviction was overturned.

The NAACP gained about 100,000 members that year, said McWhirter, author of “Red Summer: The Summer of 1919 and the Awakening of Black America.” Soon, blacks were “going to Congress, they’re pressing congressmen and senators to pass anti-lynching legislation. At the same time, they’re fighting back in the courts, they’re filing lawsuits when people are being mistreated or railroaded.”

The lessons of Red Summer would reverberate after World War II.

“You have a similar situation where African Americans had done their part to make the world safe for democracy, and black veterans came home, and many of them were alive or had heard the stories of what happened in 1919,” Krugler said. “And they said, ‘Never again.’”