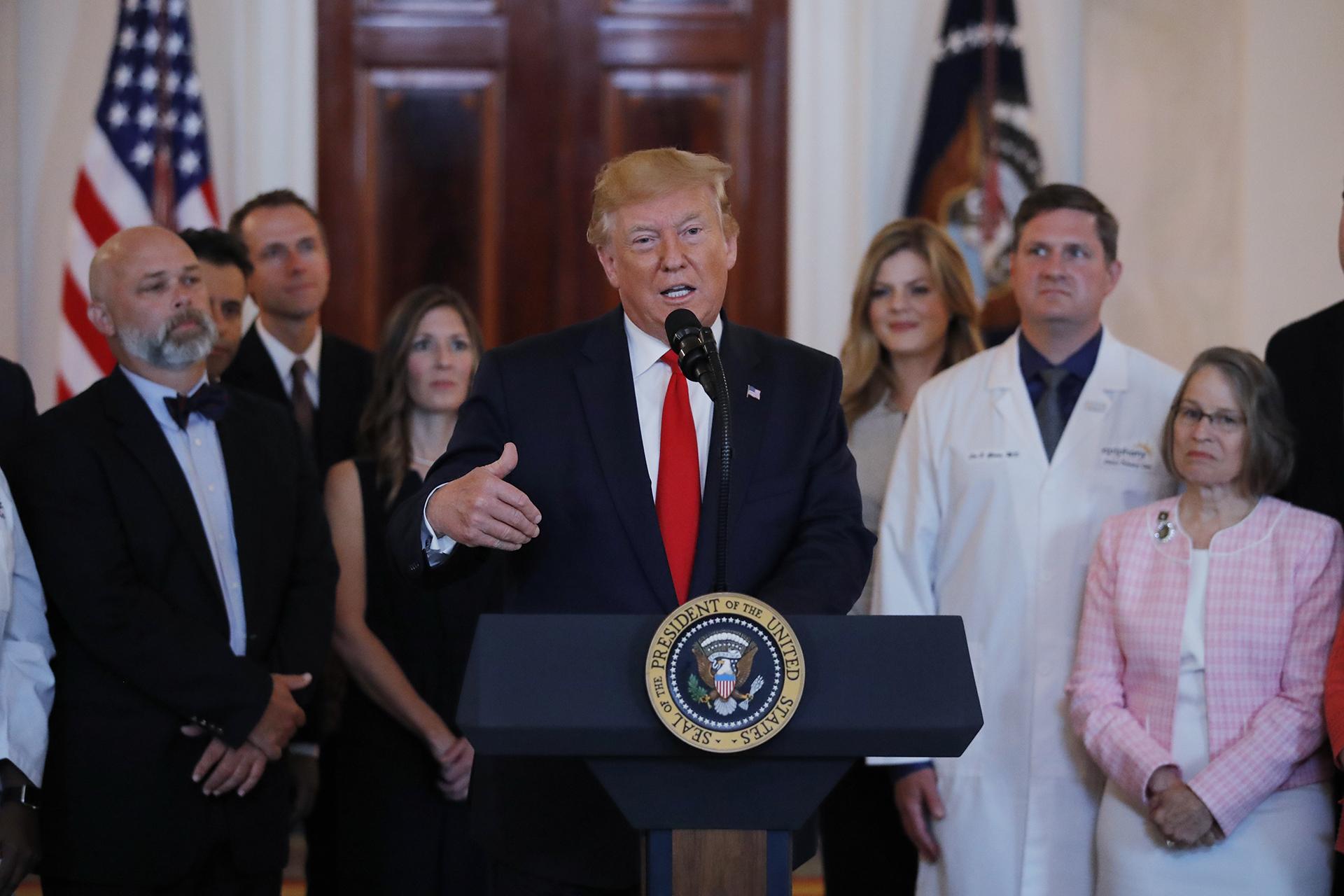 President Donald Trump speaks during a ceremony where he will sign an executive order that calls for upfront disclosure by hospitals of actual prices for common tests and procedures to keep costs down, at the White House in Washington, Monday, June 24, 2019. (AP Photo / Carolyn Kaster)

WASHINGTON (AP) — President Donald Trump signed an executive order Monday that calls for upfront disclosure by hospitals of actual prices for common tests and procedures to help keep costs down.

The idea is to give patients practical information that they can use to save money. For example, if a hospital charges your insurer $3,500 for a type of echocardiogram and the same test costs $550 in a doctor’s office, you might go for the lower-price procedure to save on copays.

But insurers said the idea could backfire, prompting hospitals that now give deeper discounts to try to raise their own negotiated prices to match what high earners are getting. Hospitals were skeptical of the move.

Trump’s order also requires that patients be told ahead of time what their out-of-pocket costs like deductibles and copays will be for many procedures.

Little will change right away. The executive order calls for a rule-making process by federal agencies, which typically takes months or even years. The details of what information will have to be disclosed and how it will be made available to patients must be worked out as part of writing the regulations. That will involve a complex give-and-take with hospitals, insurers and others affected.

Consumers will have to wait to see whether the results live up to the administration’s promises.

“For too long it’s been virtually impossible for Americans to know the real price and quality of health care services and the services they receive,” Trump said at the White House. “As a result, patients face significant obstacles shopping for the best care at the best price, driving up health care costs for everyone.”

Health and Human Services Secretary Alex Azar told reporters earlier that the order “will put patients in control by increasing choice and competition.”

Lack of information on health care prices is a widespread problem. It’s confusing for patients, and experts say it’s also one of the major factors that push up U.S. costs. The same test or procedure, in the same city, can cost widely different amounts depending on who is performing it and who is paying the bill. Hospital list prices, which are available, don’t reflect what they are paid by insurers and government programs.

The Federation of American Hospitals, representing for-profit facilities, warned that if the Trump administration regulations take the “wrong course,” they may “undercut the way insurers pay for hospital services, resulting in higher spending.”

While the prices Medicare pays are publicly available, private insurers’ negotiated rates generally are not. Industry officials say such contractual information is tantamount to trade secrets and should remain private.

Azar pushed back against that argument, saying insurers do ultimately disclose their payment rates when they send individual patients an “explanation of benefits.” That’s the technical term for the form that patients get after they’ve had a procedure or seen the doctor.

“Every time any one of us goes to a doctor or a hospital, within a couple of weeks in our mailbox arrives an explanation of benefits. (It) contains the list price ... the negotiated rate ... and what your out-of-pocket is,” Azar said. “This is not some great state secret out there.”

Patients should have that information ahead of time to help them make decisions, he added.

—expanded uses for health savings accounts, a tax-advantaged way to pay health care bills that has long been favored by Republicans. Coupled with a lower-premium, high-deductible insurance plan, the accounts can be used to pay out-of-pocket costs for routine medical exams and procedures.

—more access by researchers to health care information, such as claims for services covered by government programs like Medicare. The data would be stripped of details that could identify individual patients.