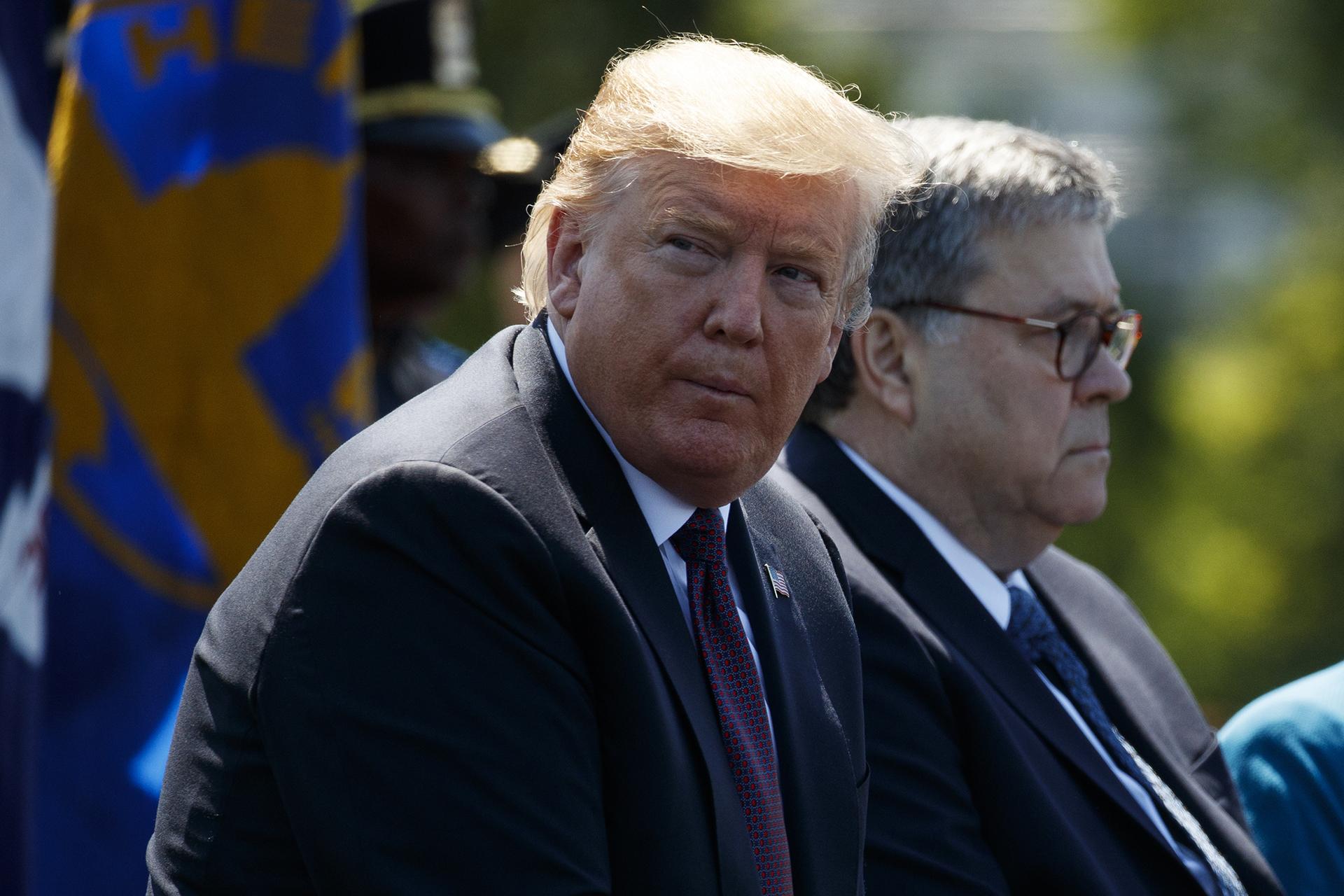 Trump pledged to the families of fallen officers that the country will “never, ever leave your side, never disappoint you” but went beyond memorializing for much of the annual event.

He singled out prosecutors in Philadelphia and Chicago as being part of a “dangerous trend” by deciding not to prosecute “many criminals who pose a severe threat to public safety and community well-being.”

The Cook County State’s Attorney’s Office released a statement afterward stating that for years, “we have tried the old, failed way of indiscriminately locking up communities advocated by the Trump Justice Department, and too often what it got us was an ever growing prison population and way too many repeat offenders, especially in communities of color.”

The office said it was committed to prosecuting those truly guilty of violent crimes, but fundamentally changing how it deals with nonviolent offenders.

The president also renewed his calls for changes to the nation’s immigration laws, citing the shooting death last December of a Northern California police officer, Cpl. Ronil Singh. Trump said the suspect in Singh’s killing could have been kept out with “border security, with the wall, with whatever the hell it takes.” Paulo Virgen Mendoza, suspected of being in the country illegally, has pleaded not guilty in the case.

Trump also made an apparent reference to the case of actor Jussie Smollett, saying that “those who file false police reports should face full legal consequences.”

The actor was charged with felony disorderly conduct and accused of making a false police report after claiming he was attacked by two masked men who shouted slurs at him and put a noose around his neck. The Cook County State’s Attorney’s Office abruptly dropped the charges in March.

The White House did not comment on whether Trump was specifically citing the Smollett case.