The service organization Rotary International has more than 1.2 million members worldwide who are focused on everything from education to clean water to eradicating disease. As its name suggests, the group has a worldwide reach, but its roots are here in Chicago. On Sunday, the annual Beverly/Morgan Park Home Tour gives visitors a mid-renovation look inside the home of Rotary’s founder.

The first Rotary Club was started in 1905 by lawyer Paul Harris, who was raised on the East Coast.

“He did not know anyone in Chicago, and so he created this networking club of business people,” said Robert Knuepfer, chairman of the Paul and Jean Harris Home Foundation.

At first, club members rotated the meetings among their offices; hence the name “Rotary.” Soon, the club began to focus on community service, and Harris hosted meetings in his Morgan Park home.

“In the lower level in our cellar was a ‘boardroom,’ which is nothing more than a couple of sawhorses and a piece of wood with a nice  tablecloth, where Paul Harris and the first president of the club, Sylvester Schiele, began conducting meetings to plan the future of Rotary,” Knuepfer said.

Harris and his wife Jean lived in the home for 35 years. It became a destination for visiting Rotarians and dignitaries – both the house itself, and the international friendship garden the Harrises planted out front.

“They would often plant a tree in honor of that person. Now some of those are pretty big today,” Knuepfer said.

Also a longtime fixture outside the house: a stone lantern.

“It was given to Paul and Jean by a group of Asian Rotarians who came from Japan, Korea and China after the Harrises visited Asia,” said Marshall Schmitt, incoming president of the Rotary Club of Chicago. 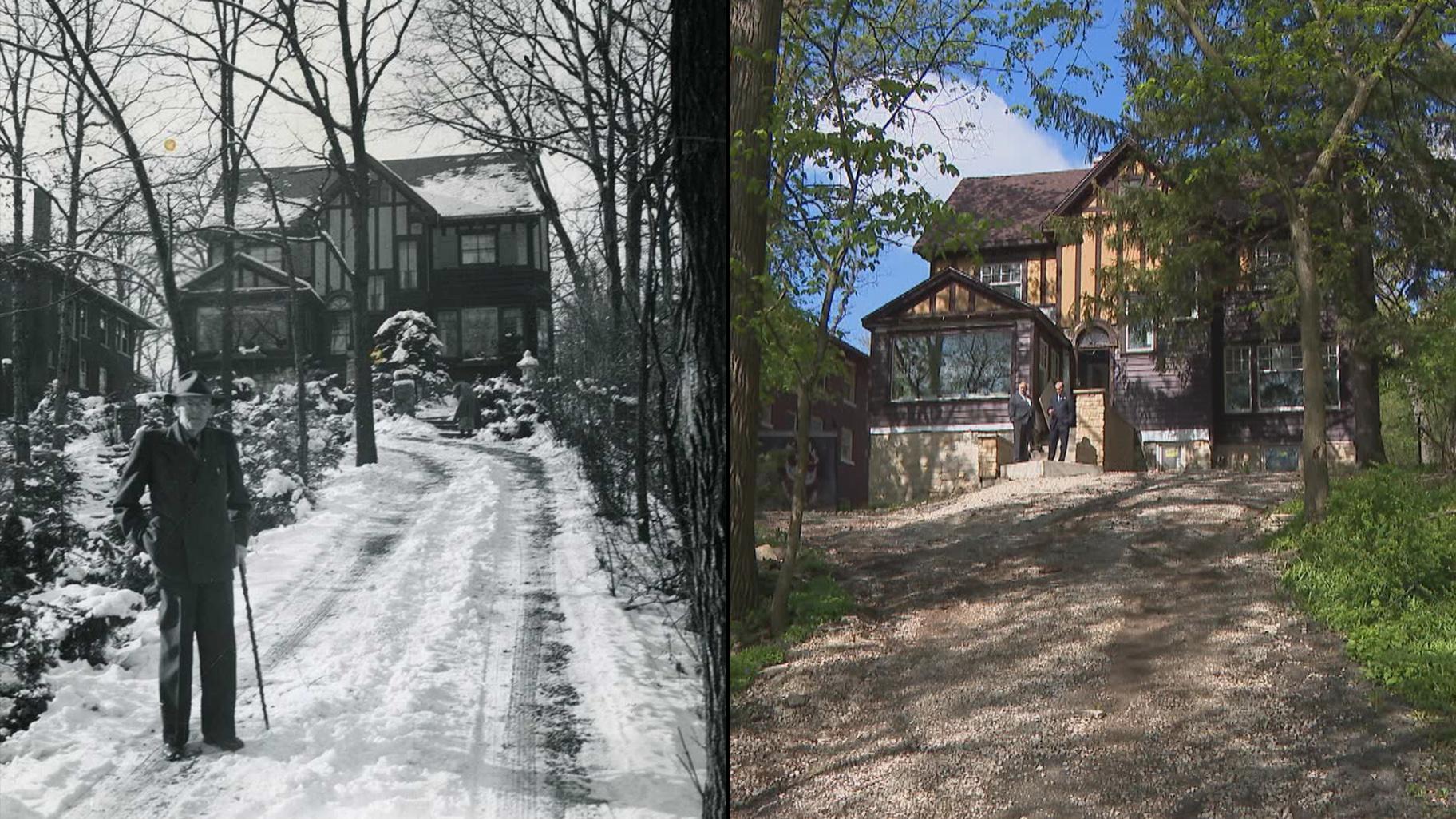 This historic photo, left, shows Paul Harris at the bottom of the driveway outside his Morgan Park home, which is today undergoing renovations, right. (Historic photo courtesy Rotary International)

Paul Harris died in 1947. After his death, Jean moved back to Scotland. Two different families owned the house after that, and it was next bought by a foundation owned by Rotary International.

“After it was purchased, everything was stripped so we could get a handle on the configuration of the home, what needed to be done to put it in the condition it was in in 1947 when Paul passed away. That phase is nearing completion,” Schmitt said.

“The two subsequent owners to the Harrises had done some interior remodeling,” Knuepfer said, “and we discovered hidden staircases and closets and rooms which we uncovered.”

The restoration aims to highlight not just Rotary, but how the Harrises lived in the home and made it their own. It’s full of small details, like a hidden cutout in a cupboard used by Jean Harris to pass her husband a cup of tea through the wall. The front of the house features huge windows where Paul Harris would spend hours birdwatching. The back of the house was maintained with the original shingles, but an addition is under construction to serve as a space for Rotary functions.

“Our goal is to partner with the Beverly area to show the world, in particular Rotarians who visit, what Chicago has to offer,” Schmitt said.

“The Rotary Club represents the kinds of values our residents represent,” said Susan Flood, executive director of the Beverly Area Planning Association. “One of things Beverly focuses on is keeping our eye on historic preservation – making sure our residents have access to the types of contractors that can care for their homes, help them restore them, as well as renovate them.” 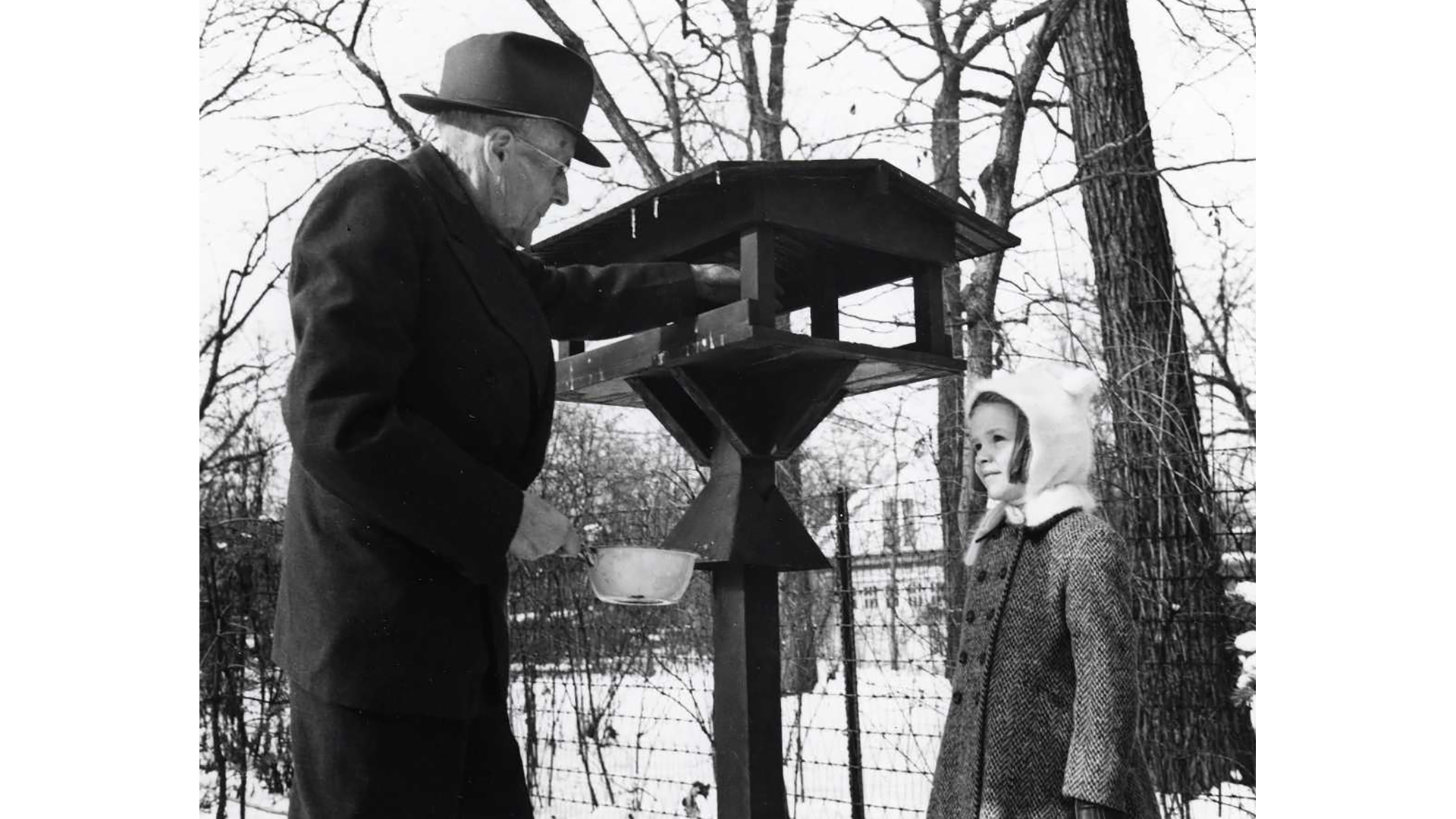 The next phases for the Harris house renovation are to restore the grounds and furnish the house with period pieces. The foundation plans to open the house to the public as a museum.

The Paul and Jean Harris Home is one of five homes and one church that will be open to the public on the Beverly/Morgan Park home tour Sunday. Learn more about the event here.