Dying is a taboo topic for many people, but not best-selling author and journalist Katy Butler.

In her new book, “The Art of Dying Well: A Practical Guide to a Good End of Life,” Butler attempts to give a helpful planner for life’s biggest eventuality: death.

Butler says the idea for the book came to her in her early 50s, after her dad had a major stroke. “I became very involved with caregiving and the medical decisions that my family made after that,” Butler said. Her father’s eventual death came about 6.5 years later. “By then he had dementia and a host of other problems,” Butler said. “For us, as a family, we felt his last, worst years had been lengthened by the fact that he’d been given a pacemaker. And my mother had had more information given to her when she bought a Camry than when she decided to put in the pacemaker.”

Those events led her to explore “the nature of modern death,” Butler said, and resulted in the book, “Knocking on Heaven’s Door.” That book is about the problems, Butler says. “This is a book about solutions.”

Below, an excerpt from “The Art of Dying Well.”

The Lost Art of Dying

To our ancestors, death was no secret. They knew what dying looked like. They knew how to sit at a deathbed. They had customs and books to guide them—and a great deal of practice. 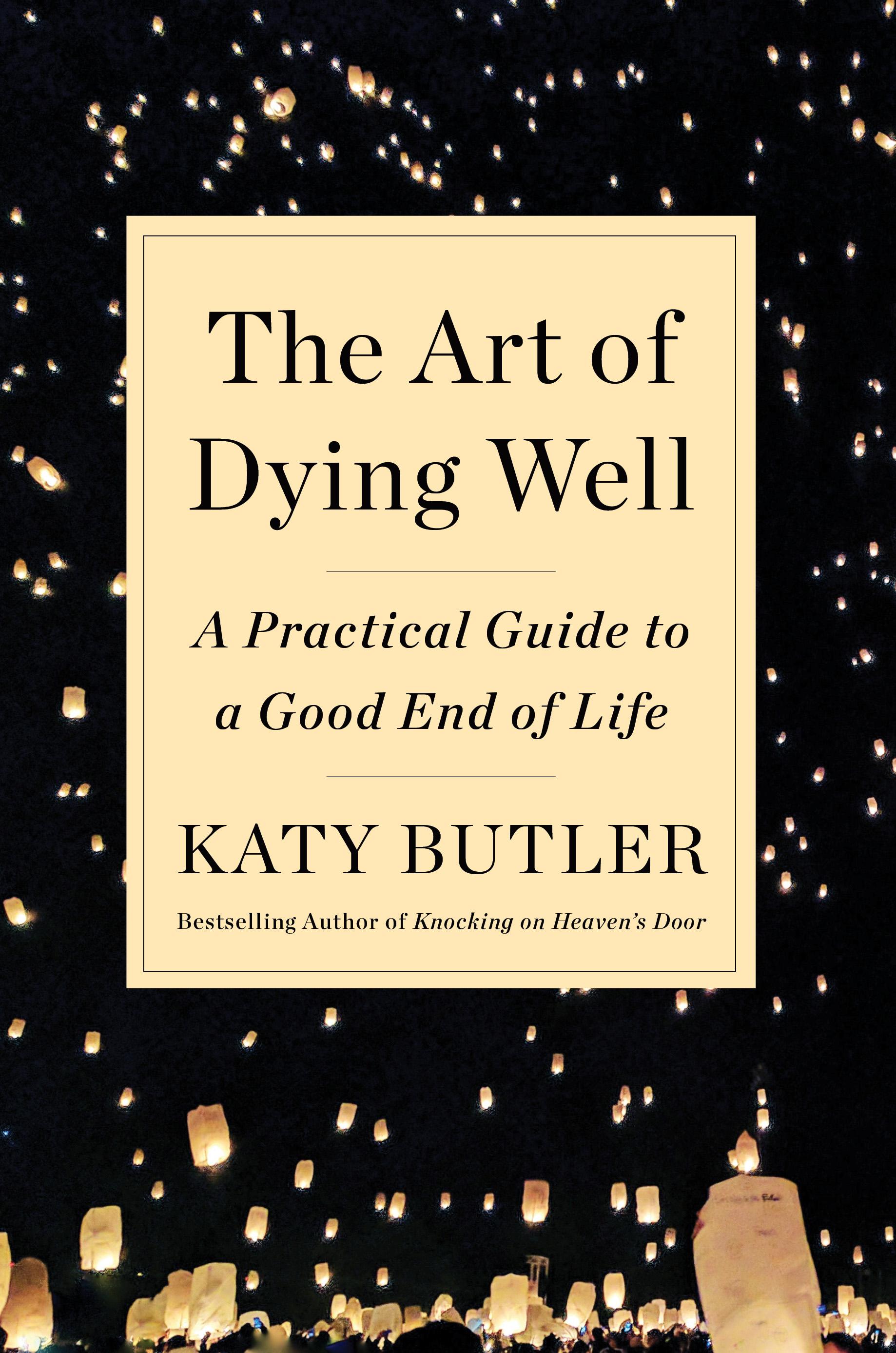 Consider, for instance, death’s presence in the lives of my great-great-great-grandparents, Philippa Norman, a household servant, and John Butler, a brush- and bellows-maker. Poor Quakers, they married in Bristol, England, in 1820 and had four children, two of whom died before their second birthdays.

In hopes of starting a new life, John sailed to New York in 1827 on the ship Cosmo; Philippa and their surviving son and daughter followed the next year. In their rented rooms there, Philippa gave birth to a stillborn son and later sat at John’s bedside as he died of tuberculosis, now preventable with vaccines and treatable with antibiotics.

Widowed at thirty-six, Philippa sailed back to Bristol. There she nursed her beloved daughter Harriet as she, too, died of tuberculosis, in her early twenties. Only one of Philippa’s five children—her son Philip—would live long enough to marry and have children of his own. And one of those children, Philip’s favorite daughter Mary, died in 1869 at the age of thirteen when typhoid fever swept through her Quaker boarding school.

If you look closely at your own family tree, you will probably discover similar stories.

People in developed countries now inhabit a changed world, one in which dying has largely been pushed into the upper reaches of the life span. There it awaits us, often in shapes our ancestors would not recognize. To have postponed it so long often means we meet it—as my family did—unprepared.

My father enjoyed a vigorous old age until he was seventy- nine. Then one fall morning, he came up from his basement study, put on the kettle, had a devastating stroke, and began a process of slow-motion dying. My mother and I, who would become his caregivers, had little sense of the terrain ahead, and even less familiarity with the bewildering subculture of modern medicine.

As I described in my prior book, Knocking on Heaven’s Door: The Path to a Better Way of Death, we were ignorant of medicine’s limits, and the harm it can do, when it approaches an aging human being in the same way as it does the bodies of the young.

Two years later, my father was given a pacemaker to correct his slow heartbeat. This tiny electronic device made him, as he put it, “live too long” by forcing his heart to outlive his brain. He spent his last six and a half years dependent on my exhausted mother, descending step-by-step into deafness, near-blindness, dementia, and misery. Close to the end, my mother and I embarked on a modern rite of passage: asking his doctors to deactivate a medical technology capable of preventing his death without restoring him to a decent life. His doctors refused.

My father finally died quietly, over the course of five days, in a hospice bed, with his pacemaker still ticking. My mother and I had quite consciously decided not to allow his pneumonia (once called “the old man’s friend”) to be treated with antibiotics. I was fifty-nine then, and had never before sat at a deathbed. Perhaps it was my great good luck to have been shielded for so long. But it was also my burden. During my father’s last days, I sat alone for hours in that clean but generic hospice room, holding his hand, bereft of the “habits of the heart,” long practiced by my ancestors, that could have made his dying a more bearable and sacred rite of passage.

We live in a time when advanced medicine wards off death far better than it helps us prepare for peaceful ones. We feel the loss. Many of us hunger to restore a sense of ceremony, community, and yes, even beauty, to our final passage. We want more than pain control and a clean bed. We hope to die well.