An international team of astronomers has for the very first time captured an image of one of the most exotic and mysterious objects in the universe: a black hole.

Ever since Einstein’s theory of relativity first predicted them, black holes have captured the imagination of the public and scientists alike.

A black hole is an object so dense, literally so massive, that the gravity it generates is so strong that light itself cannot escape and even the fabric of space-time breaks down.

“Black holes are one of those things where the public fascination and the scientific fascination completely align,” said Daniel Holz, an astrophysicist at the University of Chicago and part of the LIGO team that in 2016 first detected gravitational waves from the collision of two black holes.

“From a scientific perspective they are also incredibly extreme. The equations are very clean. You end up with this solution. But the solution is so crazy – the idea that there are black holes – that even Einstein said they are probably not real,” said Holz.

But real they are and now we have a picture of one.

The supermassive black hole that astronomers imaged is at the heart of the Messier 87 galaxy some 55 million light years away and is six billion times more massive than our sun.

The image was captured by using a network of eight radio telescopes from across the globe that together formed the Event Horizon Telescope (EHT). Linking the eight observatories created an effective telescope the size of the Earth and gave astronomers the resolution they needed to be able to picture the black hole.

“One thing that is hard to wrap your head around is just how tiny black holes are when compared to a galaxy,” said Holz. “It’s a miniscule speck – even though this is a supermassive black hole.”

John Carlstrom, also an astrophysicist at the University of Chicago, is on the board of the Event Horizon Telescope and is the director of the South Pole Telescope, one of the eight telescopes used in the EHT collaboration. 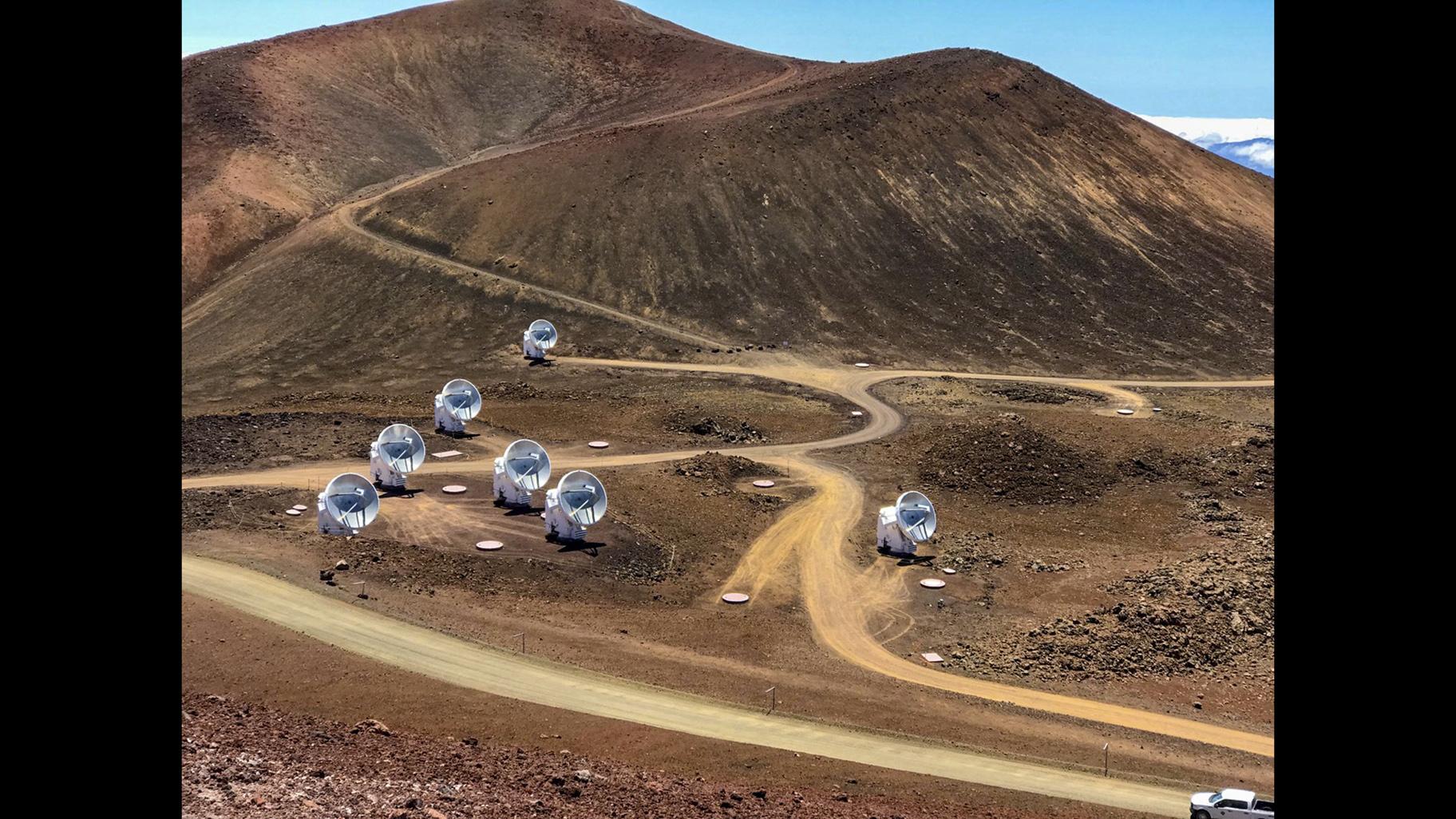 This April 4, 2019, photo, provided by Maunakea Observatories shows the Submillimeter Array, part of the Event Horizon Telescope network on the summit of Mauna Kea, Hawaii. Scientists on Wednesday, April 10, revealed the first image ever made of a black hole using these telescopes. (Maunakea Observatories via AP)

Carlstrom said that his first reaction on seeing the image of the black hole for the first time was: “Holy Smokes! It really works.

“For the people who have worked in this field for decades it’s just disbelief that it is really there,” he added.

Already, astronomers are gleaning information from the image.

“It’s not this perfect ring, it’s sort of lopsided,” said Carlstrom. “That’s already telling us about the spin of the black hole. So we are going to start learning more about these objects, not just that they are there. It’s a new chapter in learning about black holes.”

Supermassive black holes are now thought to be at the center of most galaxies and a key driver of galaxy development.

“A very large fraction of astronomers are working on understanding galaxy formation using supercomputer simulations,” said Carlstrom. “One of the big pieces in this is that something regulates how galaxies form and how quickly stars form. And the thought is that it has to do with central black holes … so black holes are a key part of understanding how galaxies form and evolve.”

But for Holz there is also something quite beautiful about these enigmatic objects.

“In my mind black holes are sort of the pinnacle of human achievement in the sense it’s something that we’ve discovered about the universe which is so profound it captures all of our understanding of physics,” said Holz. “They are kind of the most perfect physical objects in the universe.”