“Congress shall make no law ... abridging the freedom of speech, or of the press."

That’s part of the First Amendment, drafted in 1789, but the U.S. Supreme Court didn’t interpret those words until the early 20th century.

One hundred years later, where does freedom of speech stand, and what lies ahead?

A new book called "The Free Speech Century" takes a deep dive into those questions and more.

“I think the biggest takeaway would be, first of all, an understanding of how the First Amendment doctrine has evolved over time,” said Geoffrey Stone, a law professor at the University of Chicago.

The First Amendment’s first interpretations came in 1919 with three separate dissenting opinions on Schenck, Frohwerk and Debs. In those cases, the U.S. government was responding to World War I critics.

“The Wilson administration was determined to squelch any criticism of the war or the draft and therefore prosecuted these three individuals in three separate prosecutions … for basically giving speeches or distributing leaflets that were critical of the war or the draft,” said Stone, who co-edited the book with Columbia University President Lee C. Bollinger.

“That argument today seems to us bizarre because what it basically means is any criticism of the government or the laws of the government is criminal, but the Supreme Court unanimously upheld all three convictions,” he said.

The interpretation eventually changed, but the amendment’s “grim beginnings” show how fragile the law can be, Stone said.

“Free speech is fragile,” he said. “It needs a robust and determined protection … if we don’t succeed in doing that, then there is a serious risk to our democracy and our society.”

Stone joins us in discussion.

Read an excerpt from “The Free Speech Century” by clicking on the image below. 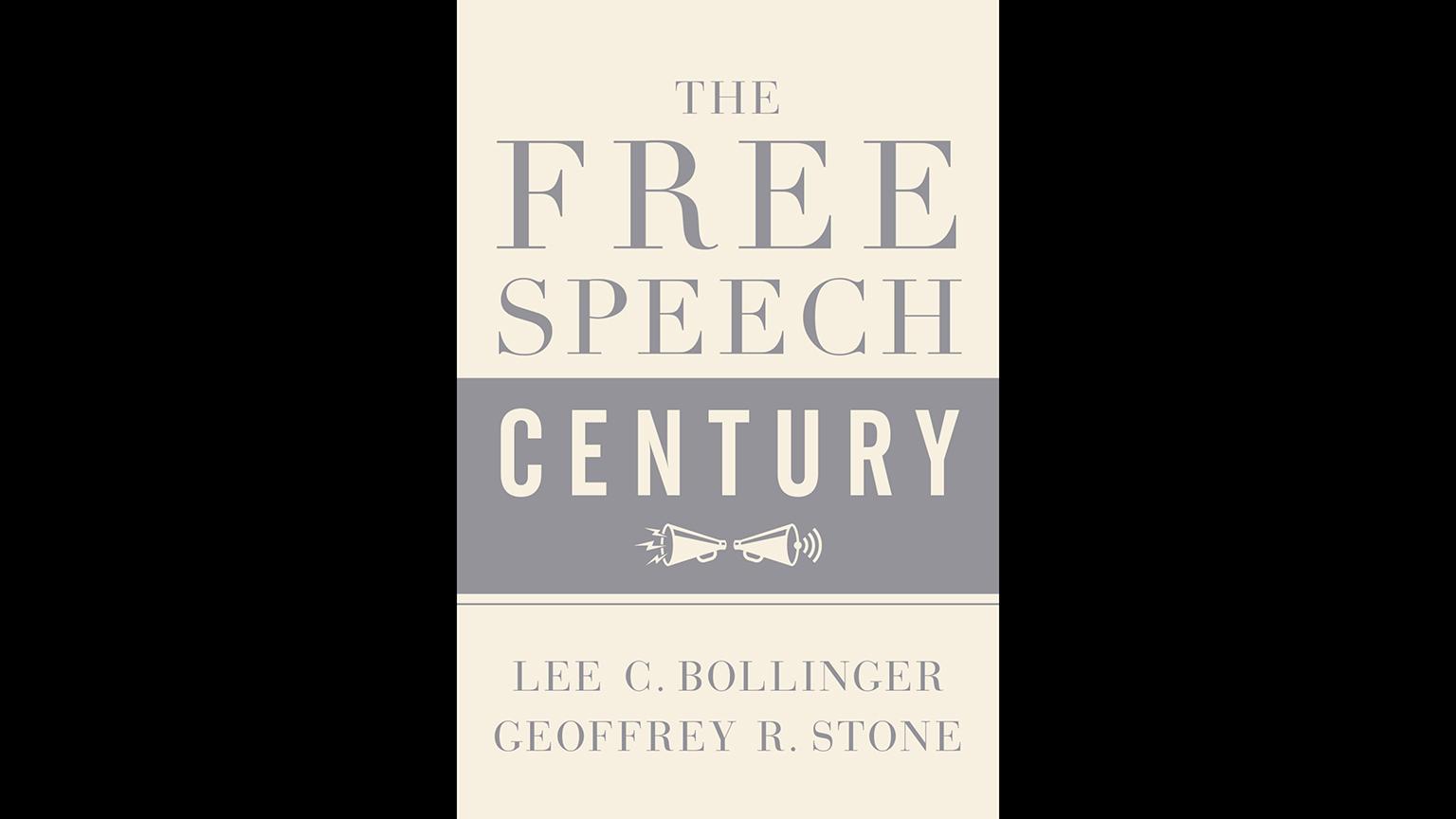