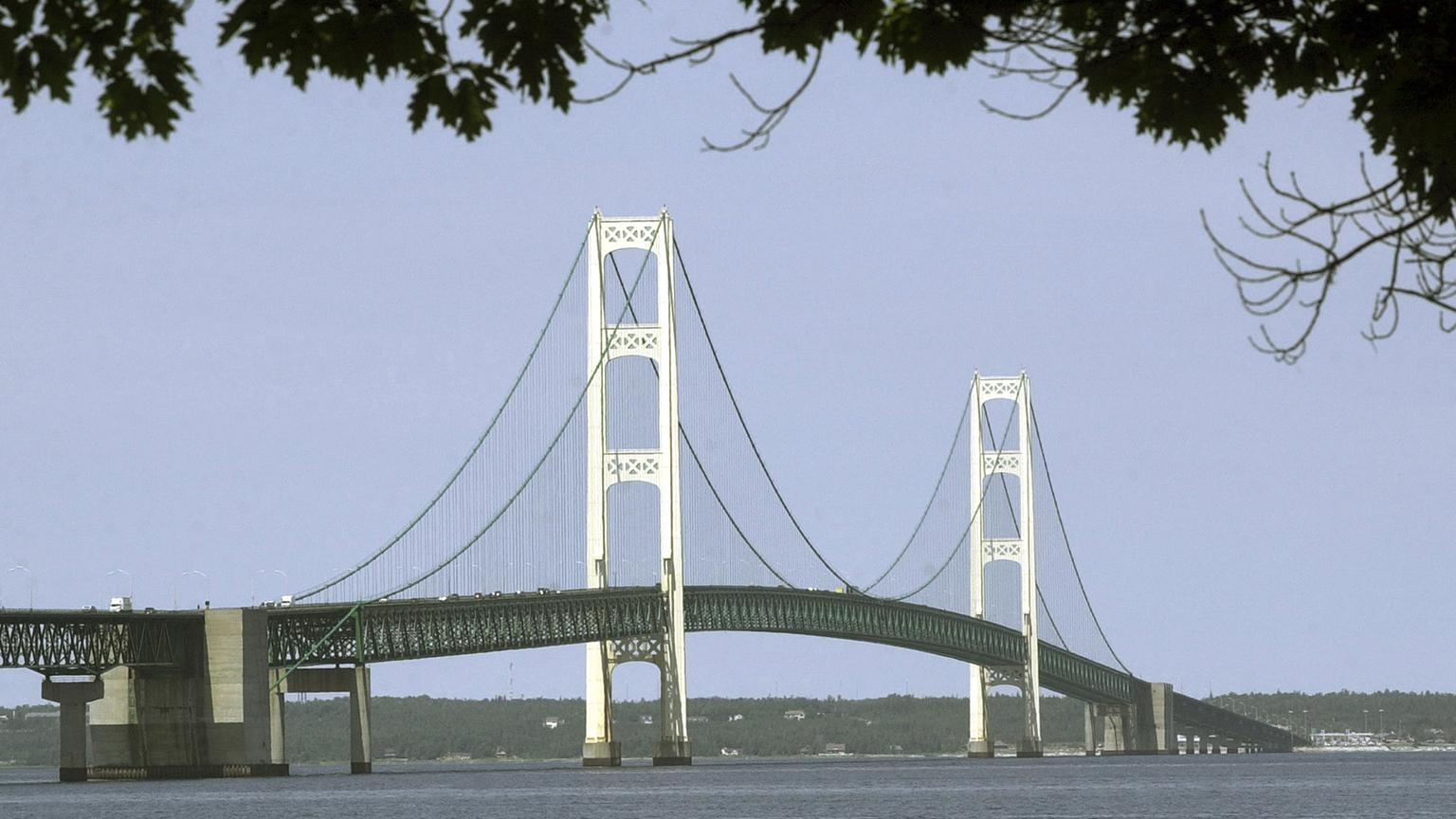 TRAVERSE CITY, Mich. (AP) — Michigan Gov. Rick Snyder's administration said Thursday it had wrapped up negotiations with Enbridge Inc. on building a tunnel to contain an oil pipeline beneath a Great Lakes waterway.

Snyder's office released a series of agreements with the Canadian pipeline company, including details and timelines for the plan to drill the tunnel through bedrock under the Straits of Mackinac, which connects Lakes Huron and Michigan. The project would lead to decommissioning of dual pipelines that run more than four miles across the bottom of the straits and have been in place since 1953.

The Michigan Legislature voted this week to establish a panel that will oversee construction and operation of the tunnel. The Mackinac Straits Corridor Authority could approve the Enbridge deals during its first meeting next Wednesday, fulfilling Snyder's wish to have the plan etched in stone before he leaves office this month.

The two-term Republican's successor, Democrat Gretchen Whitmer, has spoken against the plan and called for shutting down Enbridge's Line 5.

“There's going to be a lot more that needs to be done, but this starts the process of building the tunnel,” said Ed Golder, spokesman for the Department of Natural Resources.

The document that will be submitted to the straits corridor authority says Enbridge will be “solely responsible for all costs of designing, constructing, operating, maintaining and decommissioning the tunnel,” which the company has estimated at up to $500 million.

It sets deadlines for steps such as selecting a team to develop project specifications, applying for construction permits and requesting proposals from contractors. After the tunnel is built, the straits corridor authority would assume ownership and grant Enbridge a 99-year lease.

Other utility infrastructure, such as electric cables, could be placed in the tunnel.

Supporters say the tunnel plan would continue the flow of oil through Line 5, a 645-mile pipeline between Superior, Wisconsin, and the Canadian city of Sarnia, Ontario, while eliminating the risk of spills in the straits area, which is valuable to tourism and the Great Lakes environment.

“Enbridge believes the time is right to build for the future,” a company statement said this week.

Environmental groups, native tribes and some businesses say the area would remain vulnerable to spills while the tunnel is built, which could take up to 10 years. They want Line 5 shut down immediately and the oil routed elsewhere.

“The Snyder-Enbridge backroom deal may be good for Enbridge but it's certainly not what's best for Michigan and the Great Lakes,” said Mike Shriberg, director of the National Wildlife Federation’s regional office and a member of Snyder's Pipeline Safety Advisory Board.

A statement issued Thursday on behalf of Dana Nessel, a Democrat elected state attorney general in November, said she was “deeply concerned and troubled by the hasty legislative rush-to-judgment efforts to push through a proposal that WAS NOT properly vetted” and would “have negative repercussions on the state of Michigan and its residents for generations.”

It said Nessel was “committed to exploring the options of the AG's office in furthering the goal of protecting Michigan against an oil spill in the straits.”

Also Thursday, the state Senate approved Snyder's three appointments to the Mackinac Straits Corridor Authority. They include Anthony England of Ypsilanti, dean of the College of Engineering and Computer Sciences at the University of Michigan-Dearborn and a Democrat; Michael Zimmer, Snyder's cabinet director and a Republican; and J.R. Richardson of Ontonagon, a Republican who is wrapping up a term on the state Natural Resources Commission.

Snyder appointed Richards earlier Thursday to replace Geno Alessandrini, a Democrat and business manager of the Michigan Laborers District Council, whom the governor had named to the straits corridor panel the previous day. Alessandrini said he'd decided against taking the post because of “family and business constraints.”